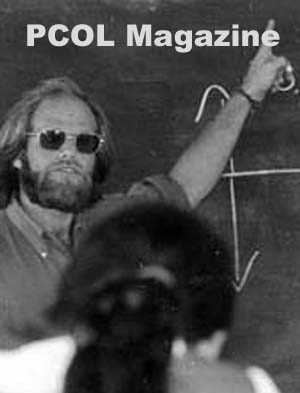 Peace Corps' Tonga hush-up: The dirty laundry of the American Peace Corps in the Pacific has been hung out on the line with the publication of a book about the 1976 murder in Tonga of volunteer Deborah Gardner. She was stabbed to death by an allegedly crazed fellow volunteer, Dennis Priven. Priven crazy by her? All these years later, the Peace Corps still hopes to hush up the circumstances in which Priven, now 52 and living in retirement in New York, was allowed to get away with murder to save the Peace Corps' face, according to the book's author, Philip Weiss. The murdered girl's father, Wayne Gardner believes that the corps “only cares about itself and its own image”. Tonga put killer Priven on trial defended by a top lawyer supplied by the Peace Corps. Priven was acquitted after the Peace Corps flew a psychiatrist from Hawaii to declare he was insane. Priven was allowed to leave Tonga after the American state department promised he would be confined in a United States lunatic asylum. After two days in the hospital, Priven was released and given a routine discharge by the Peace Corps because a second psychiatrist found he showed no evidence of being nuts.

This story has been posted in the following forums: : Headlines; COS - Tonga; Crime; Murder; Justice; Law; Psychiatry; Safety and Securityof Volunteers