1973: Tom Newcomb served as a Peace Corps Volunteer in Nicaragua in San Lucas beginning in 1973 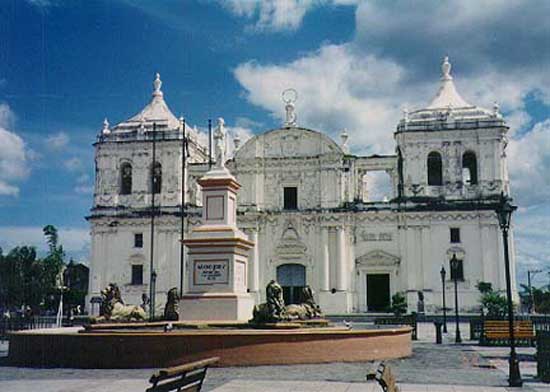 Cities you served in: San Lucas

I extended one year to work in Tapatoca, Honduras 1975-1976. I built
a 100 ton grain silo modeled after an experimental 50 ton one built in
Nicaragua at PC Honduras request

I 'adopted two godkids when in the PC, and kept up with them, visiting
them in 1986 and in January 2001. I volunteer with the Santo Tomas
sister city assn here in Olympia. The assn has built a clinic,
workhouse, potable water, garden, etc in Sto. Tomas.

Peace Corps volunteers I met while down in my old area last year
have changed. They barricade themselves behind barred windows
and doors, do not tend to mingle with host country nationals and
some appear quite aloof. Not the drive there once was. More of a
ticket to a better job once they get out.