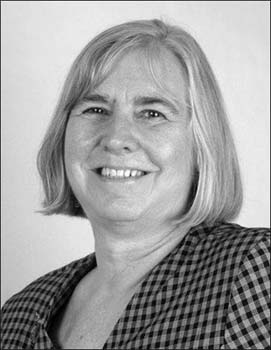 The Prime Minister of Lebanon last week said despairingly, "Is the value of human life less in Lebanon than of citizens elsewhere? Are we children of a lesser god?" Unless Lebanon can return some day — some day very soon — to being a place where people of different faiths, different traditions, can live together in harmony, we are all diminished; we are all a bit less human.

Valley views: Lebanon has history of beauty and sadness

More than 40 years ago, when I was returning from teaching in Asia, I stopped and stayed for a few days in an unfamiliar place. I was en route to another city where I was to meet friends.

So I stepped off a plane, into a beautiful place with brilliant sunshine and dark green trees — cedars and olives — and with red rocks and earth and a sparkling azure sea along the coastline. The streets were lined with shops and cafes and apartment buildings, and the people on the streets were congenial, busy, diverse.

The great jarring note in the landscape unfolding before me was what lined the road from the airport to the town: For miles, one after another, there were crude shacks cobbled together out of cardboard and corrugated metal and scraps of lumber, the only home for thousands upon thousands of people, living in a squalor that stood in shocking contrast to the beauty of the place.

The city was Beirut. The year was 1965. The occupants of the shacks were Palestinians, who had fled their homes almost a generation earlier, still living in a highly unstable situation, a festering wound on Lebanon's fragile social fabric, which has been torn to shreds by other people's wars over the centuries.

I had lived among refugees in Thailand — Vietnamese who had fled when the French battled with the Vietminh. I had visited with Tibetan refugees in Katmandu, just a few years into an awkward accommodation with a new home.

The situation of refugees is rarely one that emanates a sense of serenity and tranquility. But my memories of those hovels on the outskirts of Beirut are something of an extreme, measured against experience over the years of seeing people trying to put down roots and start over in a place unprepared for their presence.

Lebanon is a very small country, both in its area and in its population; but its location has left it excruciatingly vulnerable, along the marching route of armies through the millennia.

I went to see Byblos, north along the coast, to see remnants of the Crusaders' visits. The trip to Byblos follows a road that crosses a small river, and on the cliffs above the stream are graffiti left by passing armies from the Phoenicians 3,000 years ago, through the Romans and the Crusaders, up to the "Kilroy was here" inscriptions from the 1940s.

A parade of outsiders

At Baalbek in the east, the pillars of Roman ruins stand breathtaking against the blue sky. Throughout the ages, marauders from outside have held sway over Lebanon — Phoenicians, Romans, Crusaders, Ottoman Turks, Syrians. How can a country of less than 4 million people maintain its integrity and stability in the face of such an onslaught, over and over again?

And so, since the beginning of July, for reasons over which the Lebanese people and their government have precious little control, close to a third of the country's population have been driven from their homes, a new wave of refugees. If the powerful nations of the world cannot bring about a cessation of violence and a plan to rebuild the place, there seems to be little hope.

A few years back I returned by train from New York City and took a cab from the station. The taxi driver was new in town, and spoke with an accent.

Where are you from? I asked.

"Ah, what a beautiful city. I have been there,"I said.

Anyone who has seen their homeland, or a place they have loved, left in ruins can feel the poignancy of his words. No city, no country, should have to suffer the flight of its populace.

One more Middle Eastern conflict, the reader says idly and turns the page.

The Prime Minister of Lebanon last week said despairingly, "Is the value of human life less in Lebanon than of citizens elsewhere? Are we children of a lesser god?" Unless Lebanon can return some day — some day very soon — to being a place where people of different faiths, different traditions, can live together in harmony, we are all diminished; we are all a bit less human.

Mary Flad, a resident of Poughkeepsie, served in the Peace Corps in Thailand in 1963-65, and worked with several non-governmental organizations in Central Asia in 1997.

This story has been posted in the following forums: : Headlines; COS - Thailand; Lebanon; Refugees