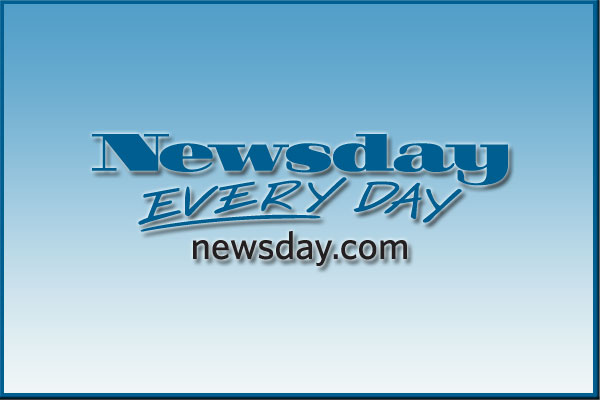 The employees are complaining that Newsday's editorial staff has been cut by about one-third since Tribune took over six years ago.
"Tribune has been dismantling that capacity in the name of short-term profits," Pakistan bureau chief James Rupert said in the release. "It's no way to build a newspaper -- in the Internet era or any other." Journalist James Rupert, head of Newsday's international bureau in Islamabad, Pakistan began his career abroad as a Peace Corps volunteer, teaching mechanics and welding in Morocco.

More Than 100 at 'Newsday' Sign Protest Letter To Tribune Chair

NEW YORK More than 100 newsroom employees at Newsday signed a protest letter sent Monday to Tribune Company Chairmen Dennis FitzSimons, which claims the company has "damaged Newsday as an instrument of public information and accountability" and "attempts to increase its profits are dulling Newsday's brand."

The letter, which E&P first wrote about earlier this month, was e-mailed to Tribune headquarters this morning, according to Brad O'Hearn, a former employee of the Melville, N.Y. daily and a spokesman for the group of employees that wrote and signed the document.

In a statement issued this morning, O'Hearn revealed that 112 of the newsroom's 350 editorial employees represented by the International Brotherhood of Teamsters signed the letter, which has no formal connection to the union.

"The signers said that Newsday continues to post enviable profit margins, above 20 percent, and boasts a strong core of loyal readers who are looking for a 'complete' newspaper that covers local schools, national politics and world events in a comprehensive manner," the statement said.

The employees are complaining that Newsday's editorial staff has been cut by about one-third since Tribune took over six years ago.
"Tribune has been dismantling that capacity in the name of short-term profits," Pakistan bureau chief James Rupert said in the release. "It's no way to build a newspaper -- in the Internet era or any other."

"The bleeding has to stop," added science reporter Bryn Nelson. "It's undermining our ability to do good journalism, and good journalism is good business." Reporter Zachary Dowdy agreed, saying "If the cutting continues, we can't be the best watchdog for our region. Inevitably, the readers will be the ones who suffer."

FitzSimons' office did not immediately return calls seeking comment on the letter.

The letter was sent as Tribune considers a possible sale of all or part of the company, and the employees said they hoped potential future owners would seek to increase staff and resources. "Anyone who buys this paper should know that they're getting a newspaper with an incredible staff and limitless potential," said business reporter Tami Luhby. "But to be a great paper again, we need the support from our owners."

The entire letter follows below:

To the current and potential future owners of Newsday:

In the newsrooms and bureaus of Newsday, we watch with growing dismay the Tribune Company's stewardship of our newspaper. In its six years of ownership, Tribune has damaged Newsday as an instrument of public information and accountability and, for that matter, as a business.

Newsday has long been an extremely lucrative enterprise, with enviable profit margins north of 20 percent. And it is extremely important to Long Islanders, who want to read about their towns, their state, their country and their world. They're loyal to Newsday, in spite of its recent troubles, and the paper is still the dominant voice on its home turf.

Newsday's staff is still utterly dedicated to doing the best reporting and writing anywhere. When permitted, we do just that, reporting from Bosnia, Afghanistan, Cuba and Iraq, while simultaneously uncovering the waste of public funds in Long Island fire houses and schools. But it is becoming more and more difficult to cover the region and the world under a corporate owner that looks to cut rather than build.

Tribune's attempts to increase its profits are dulling Newsday's brand and giving readers and advertisers less incentive to turn to the paper. Tribune has cut Newsday's news staff by about a third, curtailing our ability to cover even Long Island. It has ordered our foreign bureaus to close and slashed our staffs covering Washington, D.C., New York City, business, and health and science. Our staff is spread too thin; we're missing stories we should have gotten. Too often, when we hear of stories that are important to our readers, there is no space for them. The company has forced us to replace much of our unique journalism with wire stories that can be found on the Internet.

Although local news always has been this paper's core, we deplore Tribune's idea that readers are interested only in what happens in their ZIP codes. Indeed, Newsday grew during the past 66 years because its staff built a newspaper so comprehensive that Long Islanders didn't need another one. Today, we still want to give our readers that great newspaper, if only we had the resources to do so.

We know that this a tough time for newspapers. And we know that Newsday worsened its situation with the shameful, illegal and costly inflation of our circulation figures. But we also know that Tribune's efforts to boost profits and its stock price have, to date, failed. So we suggest another strategy: Invest in creative, original journalism that will serve our readers and advertisers and make our company thrive.

We urge Newsday's owners to stop the cutbacks and make a new commitment to give us the resources and support we need to once again make Newsday the best and most complete newspaper for our readers. And they should do so quickly. We ask Tribune management to meet with us to discuss our future.

Joe Strupp (jstrupp@editorandpublisher.com) is a senior editor at E&P.

This story has been posted in the following forums: : Headlines; COS - Morocco; Journalism; Protest; Speaking Out; Courage