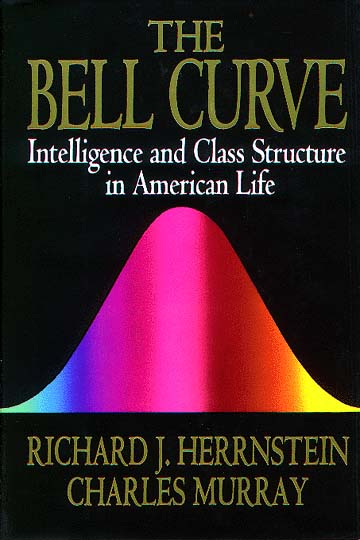 Exceptional intelligence is not enough to explain exceptional accomplishment. Qualities such as imagination, ambition, perseverance, and curiosity are decisive in separating the merely smart from the highly productive. The role of intelligence is nicely expressed in an analogy suggested to me years ago by the sociologist Steven Goldberg: intelligence plays the same role in an intellectually demanding task that weight plays in the performance of NFL offensive tackles. The heaviest offensive tackle is not necessarily the best. Indeed, the correlation between weight and performance among NFL offensive tackles is probably quite low. But they all weigh more than 300 pounds. So with intelligence. The other things count, but you must be very smart to have even a chance of achieving great work. A randomly selected Jew has a higher probability of possessing that level of intelligence than a randomly selected member of any other ethnic or national group, by far.

Since its first issue in 1945, COMMENTARY has published hundreds of articles about Jews and Judaism. As one would expect, they cover just about every important aspect of the topic. But there is a lacuna, and not one involving some obscure bit of Judaica. COMMENTARY has never published a systematic discussion of one of the most obvious topics of all: the extravagant overrepresentation of Jews, relative to their numbers, in the top ranks of the arts, sciences, law, medicine, finance, entrepreneurship, and the media.

I have personal experience with the reluctance of Jews to talk about Jewish accomplishment—my co-author, the late Richard Herrnstein, gently resisted the paragraphs on Jewish IQ that I insisted on putting in The Bell Curve (1994). Both history and the contemporary revival of anti-Semitism in Europe make it easy to understand the reasons for that reluctance. But Jewish accomplishment constitutes a fascinating and important story. Recent scholarship is expanding our understanding of its origins.

And so this Scots-Irish Gentile from Iowa hereby undertakes to tell the story. I cover three topics: the timing and nature of Jewish accomplishment, focusing on the arts and sciences; elevated Jewish IQ as an explanation for that accomplishment; and current theories about how the Jews acquired their elevated IQ.

From 800 B.C.E. through the first millennium of the Common Era, we have just two examples of great Jewish accomplishment, and neither falls strictly within the realms of the arts or sciences. But what a pair they are. The first is the fully realized conceptualization of monotheism, expressed through one of the literary treasures of the world, the Hebrew Bible. It not only laid the foundation for three great religions but, as Thomas Cahill describes in The Gifts of the Jews (1998), introduced a way of looking at the meaning of human life and the nature of history that defines core elements of the modern sensibility. The second achievement is not often treated as a Jewish one but clearly is: Christian theology expressed through the New Testament, an accomplishment that has spilled into every aspect of Western civilization.

But religious literature is the exception. The Jews do not appear in the annals of philosophy, drama, visual art, mathematics, or the natural sciences during the eighteen centuries from the time of Homer through the first millennium C.E., when so much was happening in Greece, China, and South Asia. It is unclear to what extent this reflects a lack of activity or the lack of a readily available record. For example, only a handful of the scientists of the Middle Ages are mentioned in most histories of science, and none was a Jew. But when George Sarton put a high-powered lens to the Middle Ages in his monumental Introduction to the History of Science (1927-48), he found that 95 of the 626 known scientists working everywhere in the world from 1150 to 1300 were Jews—15 percent of the total, far out of proportion to the Jewish population.

As it happens, that same period overlaps with the life of the most famous Jewish philosopher of medieval times, Maimonides (1135–1204), and of others less well known, not to mention the Jewish poets, grammarians, religious thinkers, scholars, physicians, and courtiers of Spain in the “Golden Age,” or the brilliant exegetes and rabbinical legislators of northern France and Germany. But this only exemplifies the difficulty of assessing Jewish intellectual activity in that period. Aside from Maimonides and a few others, these thinkers and artists did not perceptibly influence history or culture outside the confines of the Jewish world.

Generally speaking, this remained the case well into the Renaissance and beyond. When writing a book called Human Accomplishment (2003), I compiled inventories of “significant figures” in the arts and sciences, defined as people who are mentioned in at least half of the major histories of their respective fields. From 1200 to 1800, only seven Jews are among those significant figures, and only two were important enough to have names that are still widely recognized: Spinoza and Montaigne (whose mother was Jewish).

The sparse representation of Jews during the flowering of the European arts and sciences is not hard to explain. They were systematically excluded, both by legal restrictions on the occupations they could enter and by savage social discrimination. Then came legal emancipation, beginning in the late 1700’s in a few countries and completed in Western Europe by the 1870’s, and with it one of the most extraordinary stories of any ethnic group at any point in human history.

As soon as Jewish children born under legal emancipation had time to grow to adulthood, they started appearing in the first ranks of the arts and sciences. During the four decades from 1830 to 1870, when the first Jews to live under emancipation reached their forties, 16 significant Jewish figures appear. In the next four decades, from 1870 to 1910, the number jumps to 40. During the next four decades, 1910–1950, despite the contemporaneous devastation of European Jewry, the number of significant figures almost triples, to 114.

To get a sense of the density of accomplishment these numbers represent, I will focus on 1870 onward, after legal emancipation had been achieved throughout Central and Western Europe. How does the actual number of significant figures compare to what would be expected given the Jewish proportion of the European and North American population? From 1870 to 1950, Jewish representation in literature was four times the number one would expect. In music, five times. In the visual arts, five times. In biology, eight times. In chemistry, six times. In physics, nine times. In mathematics, twelve times. In philosophy, fourteen times.

Disproportionate Jewish accomplishment in the arts and sciences continues to this day. My inventories end with 1950, but many other measures are available, of which the best known is the Nobel Prize. In the first half of the 20th century, despite pervasive and continuing social discrimination against Jews throughout the Western world, despite the retraction of legal rights, and despite the Holocaust, Jews won 14 percent of Nobel Prizes in literature, chemistry, physics, and medicine/physiology. In the second half of the 20th century, when Nobel Prizes began to be awarded to people from all over the world, that figure rose to 29 percent. So far, in the 21st century, it has been 32 percent. Jews constitute about two-tenths of one percent of the world’s population. You do the math.

What accounts for this remarkable record? A full answer must call on many characteristics of Jewish culture, but intelligence has to be at the center of the answer. Jews have been found to have an unusually high mean intelligence as measured by IQ tests since the first Jewish samples were tested. (The widely repeated story that Jewish immigrants to this country in the early 20th century tested low on IQ is a canard.) Exactly how high has been difficult to pin down, because Jewish sub-samples in the available surveys are seldom perfectly representative. But it is currently accepted that the mean is somewhere in the range of 107 to 115, with 110 being a plausible compromise.

The IQ mean for the American population is “normed” to be 100, with a standard deviation of 15. If the Jewish mean is 110, then the mathematics of the normal distribution says that the average Jew is at the 75th percentile. Underlying that mean in overall IQ is a consistent pattern on IQ subtests: Jews are only about average on the subtests measuring visuo-spatial skills, but extremely high on subtests that measure verbal and reasoning skills.

A group’s mean intelligence is important in explaining outcomes such as mean educational attainment or mean income. The key indicator for predicting exceptional accomplishment (like winning a Nobel Prize) is the incidence of exceptional intelligence. Consider an IQ score of 140 or higher, denoting the level of intelligence that can permit people to excel in fields like theoretical physics and pure mathematics. If the mean Jewish IQ is 110 and the standard deviation is 15, then the proportion of Jews with IQ’s of 140 or higher is somewhere around six times the proportion of everyone else.

The imbalance continues to increase for still higher IQ’s. New York City’s public-school system used to administer a pencil-and-paper IQ test to its entire school population. In 1954, a psychologist used those test results to identify all 28 children in the New York public-school system with measured IQ’s of 170 or higher. Of those 28, 24 were Jews.

Exceptional intelligence is not enough to explain exceptional accomplishment. Qualities such as imagination, ambition, perseverance, and curiosity are decisive in separating the merely smart from the highly productive. The role of intelligence is nicely expressed in an analogy suggested to me years ago by the sociologist Steven Goldberg: intelligence plays the same role in an intellectually demanding task that weight plays in the performance of NFL offensive tackles. The heaviest offensive tackle is not necessarily the best. Indeed, the correlation between weight and performance among NFL offensive tackles is probably quite low. But they all weigh more than 300 pounds.

This story has been posted in the following forums: : Headlines; COS - Thailand; Jewish Issues; Genetics; Biology; Sociology