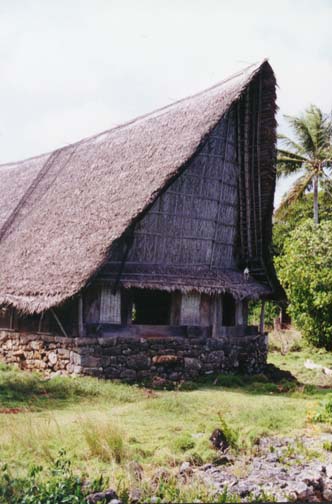 Peace Corps News: Other Volunteers from your COS · PCOL Magazine · Breaking News · SearchLeave your message below for RPCVs who served in Marshall Islands.

[I'm not a RPCV but one tipped me off as to this site.]

I'm assisting a Marshallese woman in a search for former PCVs from Ujelang. She is living stateside looking to connect with both her birth-dad (an American) and some PCVs she knew (different people).


I've contacted some Atomic Veteran sites, and the (alumni) folks at Kwaj.

Drop me a line with ideas, please.

So that we won't cause any problems with anyone, I have only given info on mom's side. There is a name. It is supposedly dad's name that someone told me about, but I will not make mention of it until necessary. I can provide pictures of me if you want to use it. Of course these pictures are not from Ujelang. I have pictures since I came to the states. I have one from my passport that was from the Is when I was 18 yrs old.

Here is another thought. While I was still in Ujelang, (5th or 6th grade), there were Peace Corp volunteers that I kinda stayed with for a while when they were on the island. They actually wanted to bring me to the states but my family would not let them. How do I locate them? Is there a website for Peace Corps?

Perhaps they might have stories and pictures as well. I wish I can get in contact with them also. I wish there were more details to give.

How can I thank you enough for doing this for me?

As things pop to my head I will keep you posted.

Thank you so much,
Martha

WHO: Mom’s name, Eiko. She lived with adoptive parents Simeon and Lidia.
Mom’s biological mom’s name is Elijina. Elijina had two other children, an older girl name Alwina and younger brother name Masao. Both passed away.

Simeon and Lidia had a daughter about the same age as my mom, Eiko. Her name was Mita. Mita suffered minor retardation and has also passed away.


HOW: The relationship was, I believe, a secret. Eiko and my father did not live together. It is possible that she did not know him well. It was, however, obvious that I was an American because I was a white baby. It could be possible also that my father was gone before I was born. He did, however, care enough to ensure that some of the American guys brought food to my family. It might have been a one-time thing that brought me into this world. The one thing I remember being told that some Americans were kind to my family.

The culture, as I remembered growing up, was that dating/relationships were done secretly until the man came forward and asked the families for approval. It was then that they legally become a couple and lived together.

WHY: I am a grown woman with a husband and kids. I have three boys and an adoptive girl. I have no other reason to contact my father except to satisfy the longing to know my biological dad. If it is a situation that will cause trouble or pain for him, then I would not want to go any further.

It is not a waste to at least give it a try.

If you have any information, I would be pleased if you would share it.

Why are you looking for your Amarican father? Have you ever consider the fact that he might not want anything to do with you? Clearly, you're a product of a frobidden affair. If I were you, I wouldn't pursue this quest to find this so called my father.

Why are you looking for your Amarican father? Have you ever consider the fact that he might not want anything to do with you? Clearly, you're a product of a frobidden affair. If I were you, I wouldn't pursue this quest to find this so called my father.

I have a friend working in the Marshall islands at a Marina and he would like to help some of the men he works with on their English. I thought that perhaps a peace corp office could help... anyone know of materials specifcally for the Marshallese???

He wrote me the mail below...

Thanks for your help!

say, i've a crew of marshallese men, all of whom speak some english, many of whom cannot read or write in english. this holds them back professionally. i was thinking of donating some of my time towards giving them a foothold in the written english language.

do you or your teaching contacts have a recommended program in ESL?

i was thinking of one or two nights a week with them, going over last period's homework, reviewing the current lesson and assigning new homework, etc...?

Holly Barker, a former PCV from the RMI has a book coming out where she discusses her life as a PCV, the Marshallese language, and her struggles working with the atomic testing survivors.