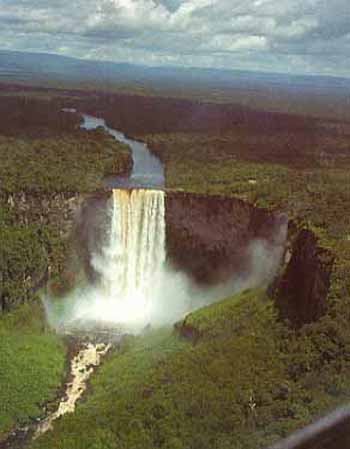 Ronald A. Tschetter becomes the first Director to visit Volunteers in Guyana

Director Tschetter met with Prime Minister Samuel Hinds, who expressed his appreciation and gratitude for the work of the Peace Corps Volunteers. Additionally, Dr. Leslie Ramsammy, Minister of Health, expressed his ardent support of the Peace Corps in a meeting that also included Ambassador Elizabeth Harper, Director General of the Ministry of Foreign Affairs of Guyana.

The Director met with Volunteers serving in-country, including three Peace Corps Response Volunteers (PCRVs). During his travels, Director Tschetter met with several 50+ Volunteers, including Michael Roberts of New York, who plans to serve a fourth year in Guyana. He is the first Volunteer to serve in the country for four years. He is responsible for information and communication technology as the Department of Education in the Lethem Region. Earlier in his life, Roberts served as a Peace Corps Volunteer in Cameroon (1975-77).

Tschetter also visited the site of JoAnn Matray, a 50+ PCV from Farmingdale, N.Y. Matray has been instrumental to the success of her information technology students, all of whom passed the Caribbean Examination Council IT testing requirements – a first at her school. Matray also served as a Peace Corps Volunteer in Tonga (2004-06).

Peace Corps Guyana is the only program in the Inter-America and Pacific (IAP) Region with a focus on the President's Emergency Plan for AIDS Relief. All of the Peace Corps Response Volunteers work to strengthen the capacity of local organizations addressing HIV/AIDS, and all Volunteers in Guyana incorporate HIV prevention into their primary projects. Peace Corps/Guyana works in close relationship with the Government of Guyana National HIV/AIDS Programme, the U.S. Agency for International Development (USAID), and the Center for Disease Control (CDC) office in Guyana to coordinate and support national initiatives related to HIV/AIDS.

This story has been posted in the following forums: : Headlines; COS - Guyana; Tschetter