Kenya RPCV Michael Fairbanks writes: Communists are Back in Africa 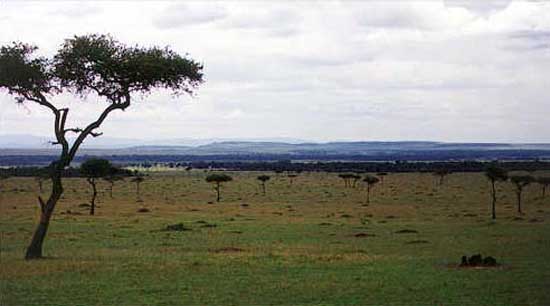 The Chinese have a ravenous appetite for natural resources to fuel their thousands of factories; and a debate rages in Western capitals over the merits of Chinese engagement with Africa. Ten U.S. congressmen toured Africa last month and nervously inquired about Chinese activities. Western activists protest that Chinese investment comes at the expense of democracy and human rights, and fosters corruption. There is merit to these concerns, but where is the introspection? Why is the relationship between the West and Africa shaped by one form of aid or another? President Paul Kagame of Rwanda states, "We should be debating why so little investment is made in the continent, not where it originates."

Kenya RPCV Michael Fairbanks writes: Communists are Back in Africa

Communists are Back in Africa

Africa was always the chessboard on which stronger nations played. But the productivity of capitalist nations proved greater than the putative power of the Soviet Union. The communists left Africa, and billboards proclaiming, "All Glory to the Revolution" were replaced by pithy aphorisms: "Democratize, Stabilize, Liberalize, and Privatize." These were important but insufficient prescriptions by what Nobel Laureate Joe Stiglitz said were "second-tier economists from first-rate universities."

Now, the communists are back. The Chinese have a ravenous appetite for natural resources to fuel their thousands of factories; and a debate rages in Western capitals over the merits of Chinese engagement with Africa. Ten U.S. congressmen toured Africa last month and nervously inquired about Chinese activities. Western activists protest that Chinese investment comes at the expense of democracy and human rights, and fosters corruption. There is merit to these concerns, but where is the introspection? Why is the relationship between the West and Africa shaped by one form of aid or another? President Paul Kagame of Rwanda states, "We should be debating why so little investment is made in the continent, not where it originates."

This may be about to change. A "Presidential Summit on Entrepreneurship" will be held this spring in Washington. It will be the highest-profile event ever regarding entrepreneurship and economic development, and will center on the relationship between the United States and Muslim communities, many of which are in Africa. This forum needs to be extended to all of Africa.

Most Aid Never has Impact

Eighty percent of assistance from the aid agencies, the not-for-profits, and the United Nations never achieves the desired goal; this is according to an aid agency that shelved their own report. Aid should be used in situations such as Haiti to mitigate the impact of natural disasters on vulnerable populations, but it has never been sufficient to lift nations out of poverty. In fact, there are reasons to believe the opposite.

The United Nations has 17,000 peace-keeping forces in Congo costing billions of dollars, but never addresses the underlying issues that caused the war: lack of governance, degrading poverty and intolerance. The U.N. Millennium Village program created high expectations, but failed to coordinate with national governments across Africa. They have programs for visitors that officials call "Poorism." Tourists pay to visit villages and buy small crafts and agricultural products. One official showed me a brochure that sets rules for the busloads of visitors. The first rule is, please do no not feed the villagers.

These places are less like the model villages of the new millennium and more like the Potemkin villages of the last millennium: Russian towns built like theatrical sets, with large fires that glowed in the distance to portray economic activity.

Not-for-profit organizations are uneven in their impact. Pioneers like Paul Farmer who founded Partners in Health, or Greg Mortenson of "Three Cups of Tea" fame, are respected for starting with only a vision.

Other not-for-profit leaders, especially some of those who refer to themselves as Social Entrepreneurs, claim they borrow the best ideas of the private sector, and focus on innovation to serve the poor. Yet, they often spend more money on public relations than on R&D and training their own staff; and they place their headquarters closer to media centers and the affluent rather than the needy. Their impact is tiny compared to the multilaterals, or faith-based initiatives, or even the development aid provided by the Pentagon.

The Gates Foundation's investments in health care and education promote a long-term perspective and catalyze others to solve some of the earth's biggest challenges. But investments in business environments may be different. According to a successful East African entrepreneur, Gates is "the elephant that tramples the grass." They invested so much money in coffee growing regions, for example, that they distorted incentives for local investors, forcing some to the sidelines. No one disputes that the Gates folks are smart, and have a heart as big as their endowment, but do they also have a mind for the poor?

Aid largesse can distort private initiatives, stifle democracies, amplify ethnic-based patron-client relationships, and promote corruption. Former Finance Minister of Afghanistan, Ashraf Ghani, who has been shortlisted to lead the U.N. and the World Bank, observes that aid can even "sever the sovereign relationship between people and their leaders."

There are features of successful aid programs: a shared vision by both the provider and recipient, disbursement through national institutions, investment that increases competence beyond applying for aid, and no parallel donor structures that undermine all of the above. According to some leaders in Africa, the United States Agency for International Development (USAID) is one of the worst at meeting these criteria; the U.K.'s DFID is the 'best of the West.'

Meanwhile, Shanghai hosted the African Development Bank meetings in 2007. Chinese Premier, Wen Jiabao, recently vowed to increase bilateral trade, extend zero-tariff treatment, provide interest-free loans to African nations, increase technology transfer, and to encourage his citizens to build sustainable businesses in Africa. Trade between Africa and China is already over USD 100 billion, though much of that is oil. The China Africa Development Fund has invested USD 540 million in 27 projects in Africa, and intends to invest USD 5 billion over the next few years in housing, energy, and industrial projects.

We are now in the mid-game: Many Africans believe that China values Africa and believes in its future more than the West. But the West can improve its position.

First, we need to value what Africans say: they don't intend to trade their independence for a relationship with China. Rwanda, for example, doesn't have to: GDP grew at 11.2% in 2008, and over 6% in the throes of 2009. Wages in key export sectors grew up to 30% each year since 2001. The country cut aid in half as a percentage of their budget, and was recognized as the top reformer in the world last year. Fifty-six percent of their legislature is women, which leads the world; women hold the key posts in the cabinet and judiciary; and free and closely scrutinized elections will be held again in August. Rwanda has a mutually respectful relationship with the Chinese, but theirs is not the Chinese model.

Second, the West should do what it can do better than anyone: focus on "Enterprise Solutions to Poverty." The greatest thing we could do to build international trust and help poor people is to stop protecting industries where the West has lost competitive advantages. We should broaden the definition of international security from geo-strategic to upgrading firm-level relationships between our societies; and, we should bond with the thousands of African entrepreneurs who are already successful and give them 'rocket fuel' by connecting them to global networks of productivity, trade and investment. The best way to create many new entrepreneurs is to show that great ones are already there to emulate.

The West remains attractive to Africans. We share a difficult history and some languages and culture. But we are no longer the only ones who shape the discussion there. Our paternalistic attitude toward Africa does not work because Africans now have choices.

China is the largest developing nation, and regards relations with other poor nations as the basis for its entire foreign policy. Their leaders are sober, goal-oriented and have a long-term perspective. Our foreign aid vision lacks coherence, is uninformed, does not balance the past with the future, and is over-influenced by donor fashions and sentimentality concocted by PR executives with skinny passports.

I look forward to the U.S.A.'s Presidential Summit on Entrepreneurship. I hope future summits will cover all of Africa, and focus not on top-down solutions, or massive infusions of aid, or what the rest of the world should think or do, but on our own values and attitudes and what we can do better. We need to check our vanity and condescension, and look deeper for underlying causes and for the unanticipated consequences of our own strategies.

We need a better metaphor than the chessboard to explain a new approach to Africa. We should have a discussion for the times in which we live, be open to learn from the Africans, and focus on what we can do better than anyone: eradicating poverty through entrepreneurship. Until then, the Chinese will parry any frantic moves to discredit them, and patiently wait for the endgame.

Michael Fairbanks went to Africa as a U.S. Peace Corps teacher in 1979. He is the author of "In The River They Swim". (www.sevenfund.org)


When this story was posted in March 2010, this was on the front page of PCOL:

This story has been posted in the following forums: : Headlines; COS - Kenya; NGOs; Speaking Out