Obituary for David E. Apter, Director of the Peace Corps' first training program, for volunteers being sent to Ghana

Professor Apter earned a master's degree in 1952 and a Ph.D. in 1954, both in political science and both at Princeton. In 1961 and 1962 he was director of the Peace Corps' first training program, for volunteers being sent to Ghana. He went on to teach at Northwestern University; the University of Chicago; the University of California, Berkeley; and, from 1969 to 2000, at Yale. He was chairman of Yale's sociology department from 1997 to 2000.

Obituary for David E. Apter, Director of the Peace Corps' first training program, for volunteers being sent to Ghana

David E. Apter, a Yale professor who wove his expertise in political science and sociology into influential treatises on the often-tortured birth of developing nations, died Tuesday at his home in North Haven, Conn. He was 85.
Enlarge This Image
Michael Marsland/Yale University

The cause was complications of cancer, his daughter, Emily Apter, said.

In his 46-year academic career, Professor Apter wrote or helped write more than 20 books that drew on social science and political theory and his own forays into impoverished lands, where he encountered peasants, politicians and sometimes terrorists. In 1986, Professor Apter spent months in China interviewing survivors of the 1934-35 Long March, which brought Mao Zedong eventually to power. In "Revolutionary Discourse in Mao's Republic" (Harvard, 1994), written with Tony Saich, Professor Apter told how Mao wrote his Little Red Book of political sayings while the marchers, sometimes living in caves, set up so-called "universities" so that they could digest Mao's texts.

"The intensity of their indoctrination was remarkable, how they willingly surrendered personal discretion to gain collective power," Professor Apter said in an interview in April. 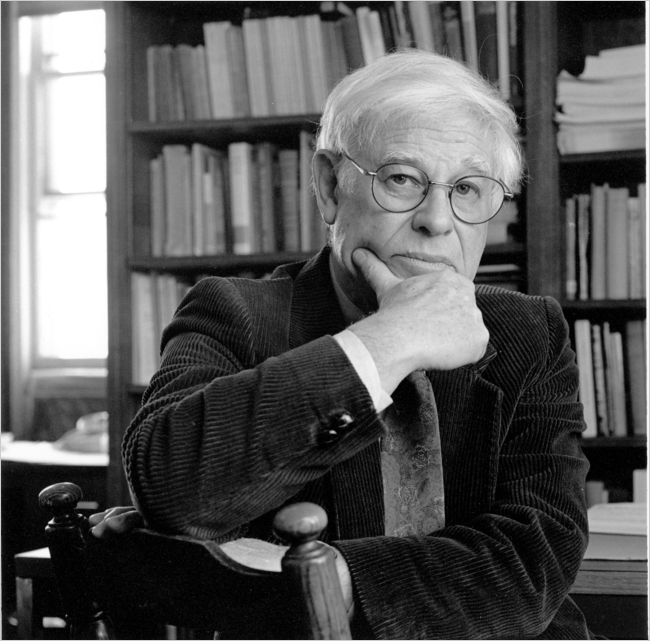 "He was a tireless field worker, learning the fine grain of life out on the surfaces of the world where people actually live, and had a remarkable capacity to make broader theory out of it," Kai T. Erikson, a former president of the American Sociological Association, said in an interview.

"It's hard to pin him to the wall as a political scientist or a sociologist," Professor Erikson said. "He had huge influence in both fields, bringing them together as an inventor of interdisciplinarity - almost the coiner of the term."

Perhaps Professor Apter's most influential work is "The Politics of Modernization" (University of Chicago, 1965), an analysis of the daunting development problems new nations face.

Earlier he focused on independence struggles in Africa. In "The Gold Coast in Transition" (Princeton, 1955) - later updated as "Ghana in Transition" - he questioned whether parliamentary institutions created during the last stages of British colonialism could transform a mass movement of many tribes into a pluralistic, democratic state.

Ghana achieved independence in 1957. But its first president, Kwame Nkrumah, created an essentially leftist, one-party state. He was overthrown in 1966, setting off a series of coups.

"So many African countries followed the same cycle from a kind of liberalistic formula to gain independence to a state of chaos," Professor Apter said.

After Africa, he turned his sights to South America, where his studies showed that economic growth did not necessarily promote democracy; rather, he found, it can foster inequality, radicalization and violence. He interviewed militants in Argentina, Chile and Peru, then did research on terrorists in the Middle East and members of the Red Brigades in Italy.

That work laid the groundwork for "Against the State: Politics and Social Protest in Japan" (Harvard, 1984), which he wrote with Nagayo Sawa. The book is a case study of the more than three decades of conflict surrounding the building of Tokyo International Airport in an area called Sanrizuka.

"I stayed in their fortresses," Professor Apter said. "There was a colonel who had been a war criminal in the Philippines during World War II; he was very proud of his army career. And yet these leftist radicals accepted this colonel into their group. All this complexity that gets refracted into a militant movement."

David Ernest Apter was born in Brooklyn on Dec. 18, 1924, one of two children of Herman and Bella Steinberg Apter; the family later moved to Mount Vernon, N.Y. His father, an executive at a brick factory, died when David was 12. He dropped out of school to work at several jobs.

Drafted into the Army in 1943, he earned a general high school diploma in the service. In 1950 he received a degree in economics and political science from Antioch College. There he met and married Eleanor Selwyn. Besides his wife and daughter, he is survived by a son, Andrew, and four grandsons.

Professor Apter earned a master's degree in 1952 and a Ph.D. in 1954, both in political science and both at Princeton. In 1961 and 1962 he was director of the Peace Corps' first training program, for volunteers being sent to Ghana. He went on to teach at Northwestern University; the University of Chicago; the University of California, Berkeley; and, from 1969 to 2000, at Yale. He was chairman of Yale's sociology department from 1997 to 2000.

In his worldwide research, Professor Apter often captured on film the subjects he interviewed. The photographs have been exhibited at Yale and the Century Club in New York and in private galleries. Among them are pictures of voters in line in Uganda and of widows of generals executed on Mao's orders.


When this story was posted in December 2010, this was on the front page of PCOL:

This story has been posted in the following forums: : Headlines; COS - Ghana; Obituaries; Staff; Training; University Education