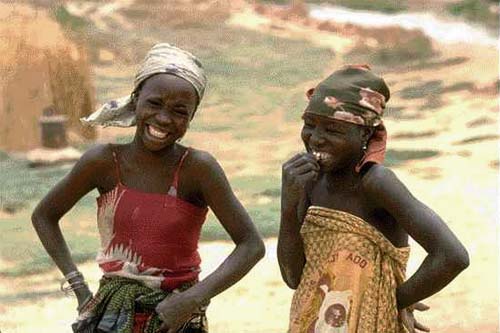 David McDowell and his wife-to-be, Diane, found themselves together in the first Peace Corps class headed to Nigeria.

Forty years is a long time, David McDowell said with a small laugh.

He’s been a university professor, met the woman he’d spend the rest of his life with, traveled and taught abroad.

Today, he and wife Diane are enjoying retirement in La Quinta.

But 40 years ago, McDowell was at a crossroads.

He’d received a degree in physics at tiny Park College in his native Missouri. Got a job in St. Louis at McDonnell Douglas.

It was the logical choice. But the right choice? He didn’t know.

Fact was, McDowell really didn’t know what he wanted to do.

McDowell took a test for a new program President Kennedy rolled out. The new president called it the Peace Corps.

President Kennedy looked to young talented people to go abroad, not with guns or bombs, but with tools, books, medicine –– the instruments of peace.

This month, the McDowells and other Peace Corps alumni commemorate the organization’s 40th anniversary, celebrating “the toughest job they’ll ever love.”

“If Kennedy did anything, he inspired youth more than any other president in my lifetime. He inspired a lot of idealism,” McDowell says now.

“People like myself didn’t know how they could help but knew they wanted to help,” he said.

He also knew he wanted to travel; the idea excited him.

He thought he could teach as well as anyone else. He’d try that, he thought.

It was a crash course in geography for the young Missourian, but he’d found what he wanted to do –– in West Africa.

McDowell and his wife-to-be, Diane, found themselves together in that first Peace Corps class headed to Nigeria. Diane, a teacher, heard Kennedy’s call, too. Diane and David met just months earlier at UCLA. They married a year later, in 1962, in West Africa.

It would be an exciting time. Nigeria had just won its independence after decades of colonial rule. The newly free country was anxious to move forward, and the McDowells were there.

“Kennedy inspired and gave opportunity to young people –– I was very moved by that,” McDowell said of the Peace Corps. “It was a great opportunity. I would wish it on any youth.”

At home Thursday, McDowell was thinking about what he would tell the class of fourth- and fifth-graders at James Carter Elementary School on Friday about the Peace Corps.

But McDowell wasn’t worried. He said he sees in today’s youth what he felt 40 years ago.

“I see a reservoir of idealism. They want to help other people,” he said. “There’s still a lot of excitement out there. We have to pick up that idealism and run with it.”

Darrell Smith's column appears Sundays. Reach him at (760) 778-4669 or by e-mail at Darrell.Smith@thedesertsun.com

I am looking forward to meet my former Peace Corps teacher who taught me me English 900 in Mayflower School, Ikenne, Ogun State Nigeria in 1967. I now reside in USA precisely in Indiana. I wish I could see Mr. Trucks to say thanks to him again.
My maiden name is Victoria Oshitelu. I am now married and known as Victoria Mafolasire. If anyone knows his where about, please contact me as soon as possible. Waiting anxiously.

Nigeria is great and a great country indeed, a country with great men of great potentials. I love my country.