Dear Ann Landers - In 1963 and '64, I was administering a Peace Corps project in Northern Somalia... 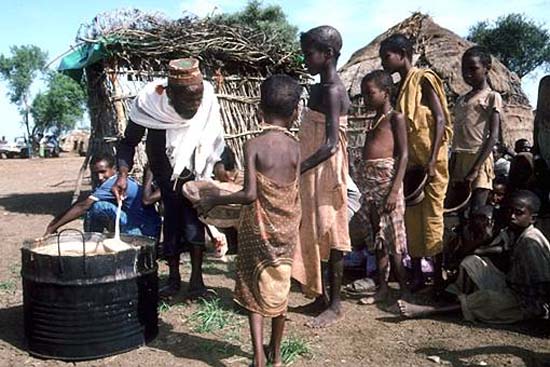 Dear Ann Landers - In 1963 and '64, I was administering a Peace Corps project in Northern Somalia...

Dear Ann Landers: I read your column every day in Newsday. You have printed several letters about unusual judicial decisions, and I would like to submit the following amazing example.

In 1963 and '64, I was administering a Peace Corps project in Northern Somalia, a semi-desert area where camels were extremely important to the people. One day, a Somali employee who was driving a Peace Corps jeep struck a young Somali man and broke the poor fellow's leg.

Since we had no camels, the victim agreed to take money instead. The problem: How much is a camel worth? None of us had anticipated that hurdle, but we were perfectly willing to pay the price of 80 old, broken-down male camels, figuring it would not be very much. The victim, however, had other ideas. He insisted on the price of 80 young, healthy, pregnant female camels.

The negotiations dragged on for several weeks, and finally, we settled on $10 per camel, which would give the victim $800. This was a very large sum of money in Somalia at that time.

That settlement was much greater than any Somali would have been forced to pay, and we knew it, but we were helpless. Of course, because of that huge overpayment, we became the laughingstock of Northern Somalia, and the transaction was thereafter referred to as "American compensation."

Dear George: It was a good move, in my opinion. Better to have overpaid and been laughed at than to have cheaped out and damaged the image of our great country, which has always been one of generosity. Consider the overpayment your contribution to protecting that image of America.

This story has been posted in the following forums: : Headlines; COS - Somalia; Humor

Dear Ann Landers,
I am from North Somalia (now Somaliland) and went to Burao Day School in the 60's. I live in Norway now and sometime wondered about my old Peace Corp teachers. Two ladies were teaching us in Burao and they put up a small library in their house. My friends and I used to spend hours there. They were Marki Morgan (I think she was from St. Louis)who later moved to Obio in the south and Barbara (from Washington - I don't remember her last name).

Can they be traced? I would like to send them an e-mail of thanks.