Peace Corps volunteer evacuated from Congo due to outbreak of war 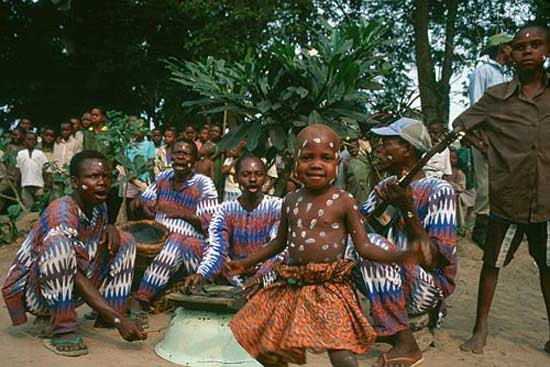 Peace Corps volunteer evacuated from Congo due to outbreak of war

Peace Corps volunteer evacuated from Africa due to outbreak of war

For two years, Los Gatan and Peace Corps volunteer Lara Blachman called Zanaga, a small village in Congo, home. Last June, she was evacuated--along with most of the country--due to the outbreak of war.

Blachman, 24, joined the Peace Corps after graduating from Brown University, where she studied pre-med and political science with a focus on Latin-American studies. She also became involved with Habitat for Humanity and other community outreach programs.

"It was kind of by accident that I ended up in Africa," she says. When she applied to the Peace Corps, Congo was the first location she was offered. She says never planning to go there was "the best reason to go"--it intrigued her because she knew less about Africa than she did about Latin America.

"It turned out to be a lot more important to me than I thought," she says of her time in Zanaga. "Two years is such an experience. I really feel like I've changed."

Blachman's main project was to teach people how to build latrines as well as cisterns, known as mortar jars, which catch and contain rainwater. She also taught preventative medicine and health education and gave vaccinations at the hospital.

"Being there three months and getting nothing done was hard," she says. Eventually, the villagers realized they could benefit from her ideas. Blachman considers the installation of the many mortar jars one of her best successes, since the availability of a clean water resource is a key step to preventative medicine

"There was very little preventative medicine [in Congo]. People don't really believe that if you get a vaccine, you won't suffer from an illness," she says.

As a result, people became very sick and often died from malaria, diarrhea, worms and other parasites.

Even with her precautions, Blachman was sick often and got malaria once. With a 104-degree fever, she took pills to fight the disease and hoped for the best. She didn't go to the hospital because, she says, "there's not much they could do."

In two years, Blachman implemented her projects and helped create an instruction guide for building mortar jars. She learned the native language, Munukutuba, and made many friends. She also developed a taste for the local cuisine, which included rats, snakes, porcupines, small gazelles, casaba root and palm wine. Sometimes she worked in her friends' fields, and she was able to do some traveling.

Although Zanaga became her home, she confesses to missing certain Western luxuries at times, luxuries like running water, electricity, telephones and Oreo cookies. These would become available sooner than she expected.

It was an unfortunate turn of circumstance that Blachman was in Brazzaville, the capital of Congo, when the fighting erupted. She and other Peace Corps members were trapped in the Peace Corps office, then the U.S. Embassy, for five days.

It was very dangerous, she explains, because the embassy was located on the front lines. When the embassy, though not under direct attack, was shaking due to mortar fire, Blachman realized the war and her predicament were serious.

In the midst of this hostile situation, her party was evacuated and flown safely to Gabon, a neighboring African country.

It troubles Blachman that she was unable to return to Zanaga to say goodbye to her friends, and she appears sad when discussing it. Now that the political turmoil has calmed, she says she will try to re-establish a connection through letters.

"I'd like to go back and maybe do more development work there," she adds.

For now, Blachman is acclimating to her life in Los Gatos. She is taking classes at UC-Santa Cruz and gearing up for the MCAT, which she must pass to enroll in medical school.

This story has been posted in the following forums: : Headlines; COS - Congo Brazzaville; Safety and Security of Volunteers