The twelve members of our Jewish Peace Corps arrived in Guyana safely. 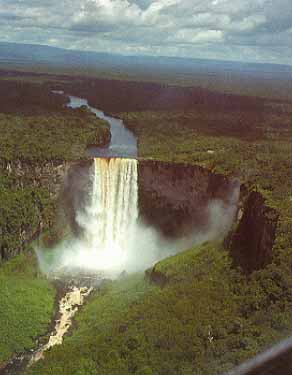 The twelve members of our Jewish Peace Corps arrived in Guyana safely.

The twelve members of our Jewish Peace Corps arrived in Guyana safely. They were exhausted but excited about the work in front of them. Upon departing the British West Indies Airlines, they were greeted by Shabir Hussain, our contact in Guyana.

Shabir is a member of the Lions Club of Demerera and he has worked with Dr. Roy Rowsell for the last dozen years. Roy is the senior leader of our group, an esteemed doctor at Lakeridge Health Center in Oshawa Ontario, and considered to be a miracle maker in Guyana, for all his work over the years. Shabir ensured that all of our pharmaceuticals would arrive easily in Guyana and that communications and invitations to come to our clinics, had gotten out to all of the areas we will be working in. Shabir is an executive at Banks, a local rum company. He is also Muslim, and has therefore never tasted the rum he sells. We always get a kick out of that.

The team ate breakfast in Georgetown, the capital, at the home of Shabir. Soon afterwards they were transported south to Bartica on a 45 minute speed boat. In actuality, two boats road the waves - one for the 30 or so bags of pharmaceuticals and the other for our tired group of five doctors, four nurses, a pharmacist, occupational therapist/lab technician and administrator.

Who's Who on this Trip?!

The Jewish Peace Corps consists of:

Aaron Mandelsohn
1st trip, although he worked in a methadone clinic for two years.

Paula Isenberg (St. Michaels/Wellesley)
2nd trip. She was with us in Guyana last year.

The First Phone Call from the Group:

Today, Avrum Rosensweig, the executive Vice President of Ve'ahavta, received a phone call from the team's administrator, Roz Gelade. Roz stated that the team was doing well and settling into the guest house in Bartica. Roz said the weather is very hot, and they were rained upon while travelling in the speedboats. "You wouldn’t' believe how fast they were going," Roz said in reference to the boats.

Roz described Bartica, the headquarters for the team, as a small town with unfinished roads. She said that there were a couple of cows on their front lawn and donkeys roaming freely. Roz also said that the people were exceedingly hospitable and quite thankful for our return trip (Ve'ahavta's first medical mission was to Guyana in 1998. See 'Guyana 1998'. )

So far the team has unpacked the suitcases of pharmaceuticals and the second floor of the guest house is being used as a pharmacy. Ve'ahavta, through the work of Sandy Stern, a professional with the organization, was able to secure in excess of $50,000 worth of medication.

We have aspirin, vaccines, bandages and splints, canes and braces, pharmaceuticals for malaria, typhoid and glaucoma. We have combatrin to deworm a school and thousands of Flinstones vitamins with vitamin A - which can save the eyesight of children. The list is extensive and truly makes up a small mobile pharmacy.

Donor companies will be listed in future updates.

Michael Silverman, joined Roz and Avrum on the phone and said that the team was bonding well and everyone was excited about tomorrow when we will undertake our first clinic about 20 miles out of Bartica. The clinics will be makeshift in nature and open to men, women and children in the indigenous areas. Invitations had been sent out to all the surrounding areas through the Lions Club and people have been assigned their specific days. Michael said that he is very proud of the team and the donations we have received. Michael is the leader of the team, together with Dr. Roy Rowsell.

A Profile of one of the JPC Members:

Michael is a very hardworking, most qualified doctor of infectious diseases working out of the Lakeridge Health Centre in Oshawa, Ontario. Oshawa is about a half hour east of Toronto. Michael is 36 years old and has already established TB clinics in Toronto and surrounding areas, oversees infectious diseases for the Durham Region (an area North of Toronto) and has travelled to Thailand and a number of other areas to use his skills to make the lives of other's better. Only a month and a half ago, Michael returned from Zimbabwe, where he led a team of Ve'ahavta medical personnel to work in the Howard Hospital, a Salvation Army, north of Harare (the capital). He was instrumental in launching an AZT study for pregnant women in the region, which could change the complexion of HIV in the developing world by making the drug affordable to the poorest of people. Michael has a good knowledge of Judaism and is the Vice President of Ve'ahavta.

Blakey Rowsell, Roy's wife has been making this trip and others with her husband for the past twenty five years. This is the first time, in that long, that she will not accompany Roy because of a medical situation. Last night, Blakey was at the airport with her son, Harry, to see the team off. She was told by all how much she will be missed. The JPC bestowed upon her their blessings that she will be part of the next mission. Blakey is a lovely, lovely women and we thank her and Roy for laying the groundwork for our medical mission.

Dr. Stephen Gottesman will conduct kiddush (blessing over the wine on Shabbat) next Friday night and the havdallah services when Shabbat is over. Reports are that he will be the first doctor to be wearing a kippah in the field. Stay tuned for pics. Shabbat candles will also be lit and a Guyanese Shabbat meal will be served. We'll try and get you the menu.

This story has been posted in the following forums: : Headlines; COS - Guyana; Special Interests - NGOs