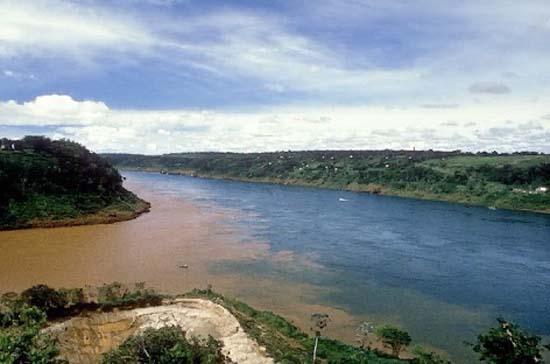 Elegy for a Giraffe

Roger Wentling stuck his neck out so farmers could reap the benefits of rotational grazing.

Born Oct. 27, 1940 in Pennsburg, Pa., he was the son of Dorothy and Roger H. Wentling Sr. and the stepson of Esther (Trumbore) Wentling. He was raised primarily by his grandparents in East Greenville. His mother died when he was 5 and all of his other immediate family has been dead for many years.

Roger got a lot of us started in grazing. My husband wanted to prove Roger wrong but we probably wouldn't be in farming today if we hadn't gone this way.&quot;

--Gloria Lohr Somerset Co., Pa. dairy farmer</TD></TR></TABLE>Wentling was a 1958 graduate of Upper Perkiomen High School and served 4 years in the Navy. He graduated from Indiana University of Pennsylvania in 1966 and then entered the U.S. Foreign Service as a cryptographer in Haiti. Later, he joined the Peace Corps and served as an agricultural extension worker in Paraguay, South America where, he said, &quot;the farmers taught me more than I taught them.&quot; Upon his return, he worked as a Peace Corps recruiter based in Atlanta, Ga. Somewhere along the line, he also taught school in Pennsylvania and Florida and managed a plantation in South Carolina for the Lipton Tea Company.

If I had questions about eco- agriculture, Roger always had the answer. He was a great source of information. He was ahead of his time by 10 to 12 years. He had so much to offer. I don't know who I'll ask now.&quot;

In 1978, at the age of 38, Wentling returned to his home area to get a degree in Horticulture from Delaware Valley College. He did this in order to work for the USDA Soil Conservation Service. He believed that he had profited from his time and training in the Navy and the Peace Corps, and he wanted to give something back in return for the tax dollars that had been invested in him.

It was the Soil Conservation Service (SCS) that proved to be his ruin -- despite his unparalleled success in promoting soil conservation.

When we were starting out, Roger was forbidden to talk about grazing. He used to come up and park the SCS truck behind the machine shed so no-one would see it when he came to our farm in Rome. If it wasn't for him, we would have made many, many more mistakes. ... As young farmers, he was invaluable in making us able to hold our heads up this long.&quot;

In 1981, Roger began working full time as an agronomist in Westmoreland County, Pa. In 1983, he was transferred to Somerset County. Sometime in the early 80's he began studying the works of Andre Voisin, a French plant scientist who developed a number of theories about intensive grazing of livestock and forage plant productivity. Voisin made sense to Roger and he was convinced that intensive grazing would not only work in Somerset County but would help make farms profitable. He was right. By 1985, approximately fifty farms had adopted the practice, largely because of Roger's enthusiasm. Some, like dairyman Larry Lohr, tried it &quot;to prove it wouldn't work,&quot; but soon found out otherwise.

In 1990, in an article slated for The New Farm but never published, Ward Sinclair wrote, &quot;Somerset County quickly became a showcase, drawing visitors from all over, and testimonials to the success of intensive grazing and Wentling's efforts abound. ... Wentling may be a hero to farmers in Somerset County, but he is in deep trouble with the government agency that pays him $26,000 per year to be all that he can be, as the Army would put it.&quot;

The majority of the ecological problems agriculture is faced with stem from tillage and the confinement of animals. Inten- sive grazing solves both of these problems, so why the big fuss? Why persecute a man who is creating real lasting solutions? The brave people, like Roger, who stick their necks out to work with us to actually solve farmers' prob- lems deserve our utmost respect, words of support and appreciation.&quot;

In the fall of 1987, Wentling was transferred (&quot;exiled,&quot; he used to say) to Bradford County, Pa. The reasons for this transfer appear to be varied: SCS wanted to take the credit for Rogers' success in Somerset; a questionable complaint from a local feed mill that experienced a drop in demand due to farmers use of grazing and local &quot;divisions&quot; on the concept of grazing.

Upon arrival in the Towanda, Pa., area, Wentling's supervisor forbid Roger from even discussing grazing with farmers -- on the job or off. Soon after, he was prohibited from writing a very popular column he had penned for no pay under a pseudonym for the Stockman Grass Farmer. In time, he was suspended, reprimanded and harassed in innumerable ways by the agency charged with saving soils.

The details of Roger's battles with SCS are appalling and tedious. He could not fathom that there was not a place for him in the agency, and he would not not be silenced in his promotion of grazing. When he criticized the government's &quot;golden cow,&quot; the Chesapeake Bay Program, for its promotion of manure storage structures and its use of tax dollars to build them on farms all over Bradford County and the rest of eastern Pennsylvania, Roger had gone too far for SCS. Essentially, he was told that if he couldn't spout the party line, he needed to find other employment.

Nevertheless, after he left Somerset County, Roger helped at least 100 more farmers set up grazing systems and spoke to innumerable gatherings and meetings. Even in Bradford County, despite the gag order, farmers like Garry &amp; Linda VanDeWeert, Dean Madigan and many others worked with Wentling and give credit to him today for their use of grazing. He was a storehouse of information and his zeal for grazing was infectious.

Somerset County has proven that you don't have to grow corn on hills to make a living in farming. ... U.S. Soil Conser- vation worker, Roger Wentling,

one of the most successful champions of grassland farming, lost his job because he was too successful and refused to knuckle under the bureaucracy.

--Gene Logsdon, writer and farmer in a 1991 letter In 1989, Roger was given a Giraffe Project Award for &quot;sticking his neck out for the common good.&quot; The Giraffe Foundation recognizes people around the world who have made efforts for the common good and have been persecuted in one way or another for doing so.

In February 1990, Roger Wentling left SCS and went to work as an agronomist/landscaper at the Picatinny Arsenal in New Jersey. Even there, he continued to do research on his own heirloom seeds and some tomato seeds that the military had shot into space, in addition to his outside consulting work on grazing.

When he took early retirement in 1995, he moved to a small farm in Somerset County. Soon after his return, he applied for a job with the conservation district which Bob Russo, a District Director, says was railroaded away from Roger. Russo is convinced that Roger was the best qualified candidate but the other directors were afraid to hire him due to the legacy of the SCS vendetta.

Wentling continued to write, to talk to farmers and to study the agricultural topics that so fascinated him. His health declined and he became somewhat reclusive. His dog &quot;Tri&quot; became his closest companion and was with him when he died. According to the Somerset County Coroner, he died approximately 12 to 18 hours before he was found by a neighbor.

Pennsylvania should be proud to call Roger Wentling a native son. His accomplishments in agriculture were enormous at the level it counts most -- on working farms. Intensive grazing has become the most mainstream of &quot;alternative&quot; agricultural practices, according to several recent studies.

Roger's life is also a testament to the reasons we should be leery of bureaucracy - a reminder that visionaries are often not tolerated yet are sometimes more important to progress than institutions. His life and work is also a testament to the wisdom of farmers. Roger looked to working farmers to formulate questions and to test theories. If grazing were not practical and profitable for farmers, it would not have spread with the speed it has.

Roger Wentling believed implicitly in nature and the need to work in balance with it. He knew and communicated an agro-ecology ethic in terms that made sense to farmers. He was a leader in the development of sustainable agriculture in Pennsylvania and the world.

A memorial fund has been set up to support the agriculture program at Roger's high school. Donations can be sent to:

Donations in Roger's memory may also be made to:

Call the Pennsylvania Association for Sustainable Agriculture office with any questions: 814/349-9856.

Author Ruth B. Tonachel is editor of Passages, the newsletter of the Pennsylvania Association for Sustainable Agriculture P.O. Box 419, Milheim, PA 16854; 814/349-9856. This story originally appeared in the Fall '97 issue of that publication.

This story has been posted in the following forums: : Headlines; COS - Paraguay; Rotational Grazing; Cattle; Obituary

Roger Wentling is my mother first cousin also and is also Rita first cousin. I remember Roger when I was a small child and he first came home from the peace corps. I looked up to him for all he did. I remember him coming to our house and spending time with the family and visiting my Grandmother that lived with us. She was his fathers sister inlaw. I think he got his love for animals and plants from is grandfather Oswin.

As a first cousin to Roger Wentling, I would like to straighten out a few facts. First of all Roger's sister Dorothy and her husbans Al are alive and well in Texas, as are his neices and nephews. Roger has at least 6 Living first cousins and 3 or 4 deceased first cousins on his Mothers side (my aunt Dorothy Meng Wentling),and numerous 2nd & 3rd cousins. As a child I knew that I had two cousins living in East Greenville,Pa, but never knew them. I do remember one Christmas Roger stopped to see Uncle Bob and the family. Roger was in college at the time, and we had a great visit. After I married and moved to the Upper Perkiomen Valley in 1970, I had an opportunity to get together with Roger again and stayed in touch until his death. He was too young and loved the outdoors and animals to leave us when he did in 1997.