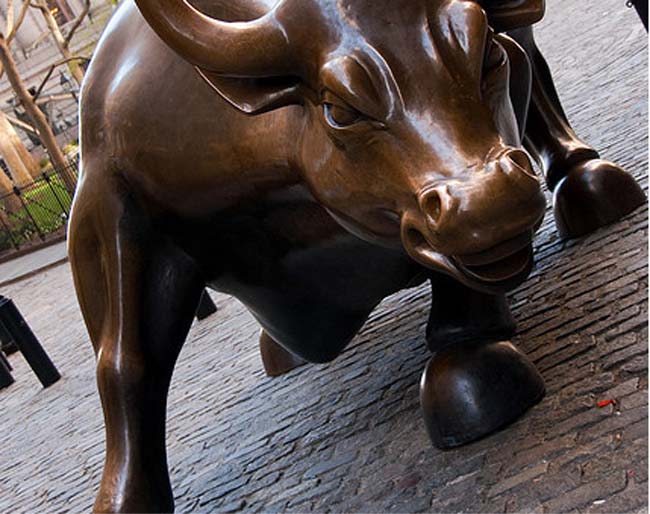 Lynn, 46, joined Janus in 1991 and was an analyst for his first 10 years. He has a bachelor's degree as well as master's degrees in economics and industrial engineering from Stanford University near Palo Alto, California. Before entering the fund business he spent two years in the Peace Corps teaching English and math in Nepal. Lynn aims to invest in companies with strong franchises whose stock prices don't reflect their future earnings power. From 2003 to 2007, Lynn said he found many of the best franchises in emerging markets with companies such as Mumbai- based Tata Steel Ltd., India's largest steel producer. As of Oct. 31, 2006, the fund had 39 percent of its assets in emerging-market stocks, "at the high end of historical trends," according to a filing with the U.S. Securities and Exchange Commission.

Janus Overseas Turns to U.S. With Emerging Markets ‘Secret' Out

Nov. 5 (Bloomberg) -- Brent Lynn has beaten 96 percent of rivals since taking over the Janus Overseas Fund in 2003, in part by investing in stocks from emerging markets such as India and Brazil.

Now Lynn is finding attractive bets closer to home. Delta Air Lines Inc., Ford Motor Co. and Bank of America Corp. were top 10 holdings as of Sept. 30 at the $13 billion mutual fund, which more than doubled its weighting in U.S. stocks in the past three years while cutting emerging-market holdings by a third.

"Some of the best investing opportunities may be in the developed markets of the United States and Europe," Lynn said in a telephone interview from Denver, where Janus Capital Group Inc. is based. "Growth may not be as exciting as it is in some emerging countries, but there are interesting things going on under the surface."

Investors have poured cash into emerging-market equity funds at a record rate in the past two years, lured by fast- growing economies in Asia and Latin America and consumers and governments free of the debt burdens faced by their counterparts in the U.S., Europe or Japan. Lynn is one of a growing number of money managers who say the rush into emerging-market stocks has driven up their prices to the point where it's hard to find bargains.

"Investors in general have a very favorable view of those markets," Lynn said.

"The emerging-market story is as great as it has ever been, but the prices you are being asked to pay to participate are increasingly full," said Simon Hallett, chief investment officer at Harding Loevner LP in Somerville, New Jersey, whose $10 billion in assets under management include $4 billion in equities in developing countries.

Hallett shifted money into multinational companies, such as Vevey, Switzerland-based foodmaker Nestle SA, as a way to capture some of the benefit of emerging-market growth at a lower price, he said in a telephone interview.

"Everyone and his dog are now overweight emerging equities," Grantham wrote on the Boston firm's website. He said investor enthusiasm could propel the stocks higher, even with the markets "fully priced."

The MSCI Emerging Markets Index gained 19 percent this year through yesterday, including dividends, compared with an 11 percent increase for the Standard & Poor's 500 Index. Emerging- markets stocks jumped 79 percent in 2009, triple the 26 percent return of the U.S. benchmark.

Janus Overseas averaged gains of 15 percent in the past five years, Bloomberg data show. Since Lynn became manager, it has returned about 19 percent a year, according to Chicago-based Morningstar Inc.

Lynn, 46, joined Janus in 1991 and was an analyst for his first 10 years. He has a bachelor's degree as well as master's degrees in economics and industrial engineering from Stanford University near Palo Alto, California. Before entering the fund business he spent two years in the Peace Corps teaching English and math in Nepal.

From 2003 to 2007, Lynn said he found many of the best franchises in emerging markets with companies such as Mumbai- based Tata Steel Ltd., India's largest steel producer. As of Oct. 31, 2006, the fund had 39 percent of its assets in emerging-market stocks, "at the high end of historical trends," according to a filing with the U.S. Securities and Exchange Commission.

When the emerging-market index dropped 53 percent in 2008 as the global financial crisis dragged down smaller markets, Janus Overseas lost the same amount, the worst year since it opened in 1997.

"The fund will take its lumps in tough times," Greg Carlson, a Morningstar analyst, said in a telephone interview.

"This is a very humbling business," Lynn said. "I was taken by surprise by the complete financial meltdown."

In the fourth quarter of 2008 and the first quarter of 2009, he pared the number of stocks in the portfolio and put most of his money into companies with the financial strength to survive the crisis.

Among them were Hong Kong-based exporter Li & Fung Ltd., the biggest supplier to retailer Wal-Mart Stores Inc., and Mumbai-based Reliance Industries Ltd., owner of the world's largest fuel-refining complex. The stocks, now Lynn's two biggest holdings, have been among the fund's top positions for the past four years, regulatory filings show.

As the companies tumbled in 2008, Lynn was convinced their troubles were temporary and both could use the crisis to take business away from weaker rivals. Li & Fung shares have more than tripled since their October 2008 low; Reliance has more than doubled, Bloomberg data show.

In the second quarter of 2009, Lynn bought companies in what he calls special situations, those undergoing structural changes that have yet to be recognized by other investors.

"It happens some of the most attractive special situations were in the United States," Lynn said.

As of Sept. 30, the portion of the fund in U.S. stocks rose to almost 20 percent from less than 8 percent three years earlier. Emerging-market stocks fell to 23 percent from 37 percent. European stocks, which weren't reported separately in earlier periods, accounted for 25 percent.

Janus Overseas is allowed to have as much as 20 percent of its assets in U.S. equities, according to James Aber, a spokesman for the firm.

The airline industry fits Lynn's definition of a business undergoing a transformation. U.S. carriers have removed seating capacity in the past few years "at a rate we believe is unprecedented since World War II," Lynn said. With fewer tickets available, airlines can charge higher prices and generate greater profits.

Earnings at the major carriers in the third quarter were the highest since 2007's second quarter. The Bloomberg U.S. Airlines Index has climbed 35 percent this year.

Lynn owned stakes in Atlanta-based Delta and Houston-based Continental Airlines as of June 30, Bloomberg data show. As of Sept. 30, airlines accounted for 11 percent of the fund's assets, according to the Janus website. Continental merged with United Airlines Inc. on Oct. 1, creating United Continental Holdings Inc.

Shares of Ford, Lynn's fourth-largest holding, have gained 59 percent in 2010 as the Dearborn, Michigan-based company grabbed market share from weaker rivals and commanded higher prices from car buyers. The average price paid by consumers for a Ford vehicle in September rose 10 percent from five years ago to $30,000, according to Santa Monica, California-based researcher Edmunds.com.

Ford has the potential to capture a larger piece of the small-car market, Lynn said.

Shares of Valero Energy Corp., another U.S. investment Lynn made in 2009, haven't done as well as Ford or the airlines. The San Antonio-based refiner climbed 13 percent this year.

The refinery business is also undergoing change, which will benefit strong firms such as Valero at the expense of rivals that lack high-quality refineries, Lynn said.

"Margins will improve, but is difficult to say when," he said.

"I believe those problems mask the company's long-term earnings power," he wrote in an e-mail. Bank of America has sunk 25 percent this year.

Janus Overseas had a quarter of its assets in Europe as of Sept. 30, according to the firm's website. The fund's top 10 positions included ASML Holding NV, the Veldhoven, Netherlands- based semiconductor-equipment maker, and ARM Holdings Plc, the Cambridge, England-based designer of chips that power Apple Inc.'s iPhone.

"Europe offers more compelling value than I have seen in years," Lynn said.

The economic fundamentals in countries such as India and China are better than ever, given their strong banking systems, governments with low debt burdens and consumers who are gaining wealth, Lynn said.

Economists surveyed by Bloomberg expect China to expand 10 percent, India 8.5 percent and the U.S. 2.7 percent in 2010, the average forecast for each country.

Investors put $71.2 billion into emerging-market equity funds this year through Oct. 27, after a record $83 billion in net deposits during all of 2009, according to data from Cambridge, Massachusetts-based research firm EPFR Global.

In a world "starving" for growth," investors have gravitated to emerging markets, Lynn said. While he still has "significant" holdings there, the popularity of those markets has prompted him to look elsewhere.

"We want the most exciting opportunities around the world, regardless of geography," he said.

To contact the reporter on this story: Charles Stein in Boston at cstein4@bloomberg.net

To contact the editor responsible for this story: Christian Baumgaertel at cbaumbaertel@bloomberg.net

This story has been posted in the following forums: : Headlines; COS - Nepal; Business