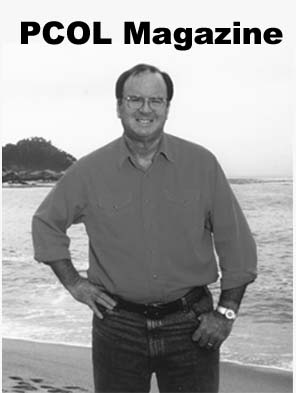 Farr said the loss of many ranking Democrats in the House will create a knowledge gap in areas such as education, transportation and telecommunications. He said voters don't understand that getting rid of a member of Congress sometimes is tantamount to "getting rid of a world expert on policy." Congressman Sam Farr of California served as a Peace Corps Volunteer in Colombia in the 1960's.

Farr ready to work with GOP

"I've served in the minority party for 12 years. I personally know a lot of those Republican leaders," Farr said Wednesday.

"I never expected I'd get that kind of vote," Farr said. "There were so many things on the ballot."

True to form, the 17th District, which takes in all of Monterey and San Benito counties and part of Santa Cruz County, proved a very safe district for Democrats on a night when many Democratic House candidates went down to defeat.

Farr said the loss of many ranking Democrats in the House will create a knowledge gap in areas such as education, transportation and telecommunications. He said voters don't understand that getting rid of a member of Congress sometimes is tantamount to "getting rid of a world expert on policy."

He said it will take awhile before the new Republican House leadership works out its policy goals, but he expects to return to Congress as a ranking member on the House appropriations subcommittee on military construction, an important post for his Central Coast district.

Farr said a Republican ban on budget earmarks likely will hurt. An $11 million earmark for the Naval Postgraduate
Advertisement
School could be sacrificed "because the Republicans aren't going to allow earmarks."

But Farr said he didn't think House Republicans will try to toss out the Obama administration's health care reform law.

"They may not like 'Obamacare,' but when you get down to particulars," he said, much of the legislation is popular.

The GOP will also hit resistance if it seeks to overturn new financial regulations to protect consumers, he said.

"Nobody is in love with the banks. That would hurt them," he said.

The negative tone of much of the 2010 campaign season bothered Farr, who said, "This 'gotcha' politics is hurting America and demoralizing ourselves.

While Farr acknowledged that federal dollars will be tighter, he doesn't see a radical shrinking of the federal government in the offing, despite the rhetoric of tea party Republicans.

"Government works. It provides the infrastructure. It sets the standards for a level playing field," he said. "I don't see a private sector that wants to run without rules.

"We've got to find common ground, and I think we will."

In the immediate future, Farr said he is more optimistic about Jerry Brown's victory in the California governor's race than the federal political outlook.

"California will get back on its feet," he said. "Brown will be the kind of governor not afraid to sit down and talk with legislators."

Larry Parsons can be reached at 646-4379 or lparsons@montereyherald.com.

This story has been posted in the following forums: : Headlines; Figures; COS - Colombia; Politics; Congress