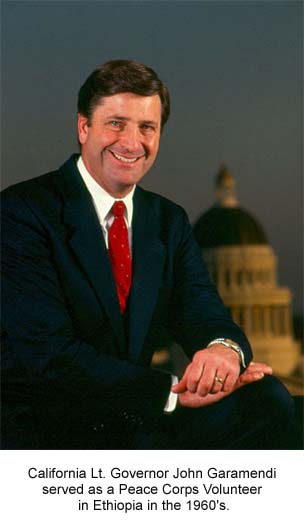 As they did a little more than a year ago, voters in the 10th Congressional District voted Tuesday to send incumbent Democrat John Garamendi back to Washington as their representative.

Garamendi has held the 10th Congressional District seat, which includes most of Fairfield and Travis Air Force Base, since September 2009, taking it in a special election held after former Congresswoman Ellen Tauscher vacated the seat. The district also includes portions of Alameda, Contra Costa and Sacramento counties.

Garamendi had touted his years of experience and ran on a platform focused on education, the environment, jobs and health care.

Clift, a retired correctional officer from Vacaville, ran on a platform that called for limited, efficient government. California's deficit, high unemployment and declining economy were his priorities, he said.

This story has been posted in the following forums: : Headlines; Figures; COS - Ethiopia; State Government; Politics