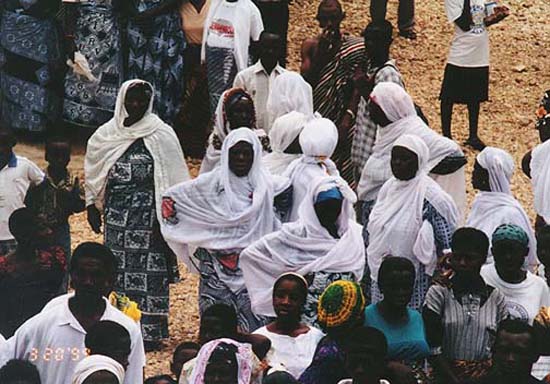 As a graduate student at Princeton University, Yale political science professor emeritus David E. Apter's thesis supervisor turned down his proposal to study Africa and forcefully suggested that he study Norwegian socialism instead.

"I couldn't think of anything duller than Norwegian socialism," Apter reminisced with a smile yesterday during a talk at the Timothy Dwight master's house.

Knowing that Apter did not plan to discuss Norwegian socialism in his speech, the audience attending Apter's discussion on the rise of African states also laughed. The event at TD, sponsored by the Yale University Women's Organization, gave Apter the opportunity to discuss his extensive first-hand experiences studying the history and current state of African nationalism.

After finally receiving a grant for his studies, Apter, who has served as the chair for both the Council on African Studies and the Department of Sociology at Yale, traveled to Africa at what he called a "fantastic moment" in time. Ghana was in the middle of its independence movement from Britain in the 1950s.

"I think I was the first American scholar to do this kind of research," he said. "It was part of a moment of excitement. It was a moral moment in the sense that it was the ending of colonialism."

At the time, no school in the United States offered any structured opportunity to study African politics.

"Oddly enough, the most conservative professor on the [Princeton] faculty said, 'Well, we once had a feller go to Africa. Never been heard from since,'" Apter said in a later interview.

While studying the new government in Ghana, Apter said he encountered research opportunities that no longer exist today.

"For instance, I had access to the official secrets," he said. "This kind of access is almost gone."

"We hand-picked and put together [the first group] like a Swiss watch," Apter recalled.

He added that it was "the most extraordinary teaching experience I've ever had."

Apter said he believes the Peace Corps had significance beyond Africa.

"It was not only a moral moment in Africa," he said. "At the moment too in the United States under the Kennedy administration, the Peace Corps represented a kind of moral response."

After the first generation of African independence leaders disappeared, Apter characterized the history of African nationalism as unstable.

"For the most part, the history of Africa since can be written in the form of the pendulum and the guillotine," he said. "The pendulum swings back and forth between military takeovers."

Apter found himself active in the civil rights movement well before his study experience in Africa. During a trip to a Southern town to register black voters, he experienced the bitter conflict of the movement first-hand.

"I got dumped in the Mississippi River," he said.

This story has been posted in the following forums: : Headlines; COS - Ghanal History; Country Directors - Ghana

Please help me with my research paper....

My name is Brooke Boynton and I am a senior at Colorado State University taking a class on Modern Africa. For my research paper topic I have chosen to explore the role of the Peace Corps in Ghana, specifically regarding the teaching of fine arts. If anyone has any information on this topic I would really appreciate your help. Thank you so much for your time. Sincerely, Brooke