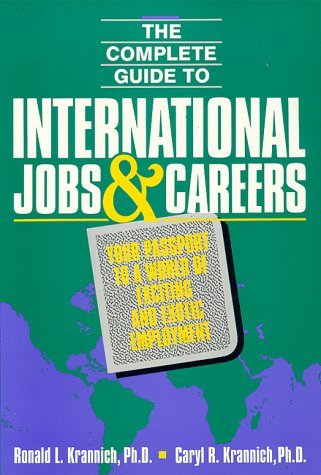 Our speaker will be Ron Krannich who served in the Peace Corps in Thailand and has written more than 70 books on work and travel overseas. Ron will be speaking to us about his book "Jobs for Travel Lovers: Opportunities at Home and Abroad" about international job market and how to find job overseas.

If you think you may be interested in working overseas again someday, you will definitely want to attend this meeting. Ron will also be talking to us about his recent trips to South America and Southeast Asia. 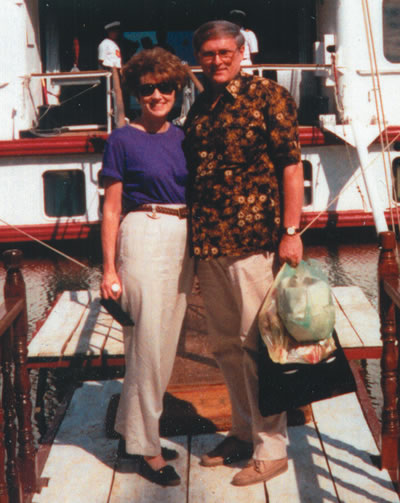 Ron Krannich and his wife Caryl love to travel. They know millions of others do too, which is why they devoted their life’s work to helping people find and create jobs that combine work and travel. Since 1980, Ron and Caryl have been assisting hundreds of thousands of people, from students, the unemployed, and ex-offenders to CEOs, military personnel, and international job seekers, in making job and career transitions.

A former PeaceCorps Volunteer and Fulbright Scholar in Thailand, Ron received his Ph.D. in Political Science from Northern Illinois University. Caryl received her Ph.D. in Speech Communication from Pennsylvania State University. Together they founded Development Concepts Incorporated, which trades as Impact Publications, a training, consulting, and publishing firm in Virginia. The Krannichs are former university professors, high school teachers, management trainers, and consultants.

As two of America’s leading career and travel writers, they have authored more than 70 books, and their work is commonly featured in major newspapers, magazines, and newsletters, as well as on radio and television. Their career books, including Jobs for Travel Lovers, High Impact Resumes and Cover Letters, Interview for Success, and Change Your Job, Change Your Life, represent one of today’s most comprehensive collections of career writing. They have also written widely on the topic of Internet employment.

Ron served as the first Work Abroad Adviser to Monster.com, and many of his and Caryl’s career tips can be found on major web sites such as www.campuscareercenter.com, www.careerbuilder.com, and www.employmentguide.com. The Krannichs have also developed their own career-related web sites: www.impactpublications.com, www.winningthejob.com, www.contentforcareers.com, and www.veteransworld.com.

Following their career secret, “Do what you love,” the Krannichs have pursued and best represented their passion for travel with the development of their innovative travel-shopping guidebook series and related web sites. “Treasures and Pleasures of…Best of the Best” consists of 19 guidebooks on destinations around the world and complements their web sites: www.ishoparoundtheworld.com, www.contentfortravel.com, and www.travel-smarter.com.

I recently spoke with Ron about his work and working abroad. You can find the Krannichs’ work abroad books at www.impactpublications.com. You can order books online or call 1-800-361-1055.

Sherry Schwarz: What was your first international job? What were the most important lessons you took away from it?

Ron Krannich: My first international job was as a Peace Corps Volunteer in Thailand. The most important lesson I learned, which has been reconfirmed numerous times, was that working abroad is much more than just a job. Above all, it’s a lifestyle involving exciting travel, interesting people, and stimulating cultures. The international lifestyle tends to get into one’s blood. The challenge is to pursue a passion without going over the edge into a terminal case of international wanderlust—going from one job to another just to have more international experiences.

RK: There are many motivators. But travel is at the top. A disproportionate number of people get hooked by participating in a summer or semester abroad study program. Many of them want to turn what they considered to be “the best time in my life” into a short- or long-term job or career abroad. Others are motivated by language programs, international politics, travel experiences, and jobs of friends and family members. And don’t forget the images of National Geographic magazine and the Discovery Channel—they’ve probably been responsible for motivating thousands of individuals to explore jobs and careers abroad.

This story has been posted in the following forums: : Headlines; COS - Thailand; Local RPCV Groups; Writing - Thailand; International Careers