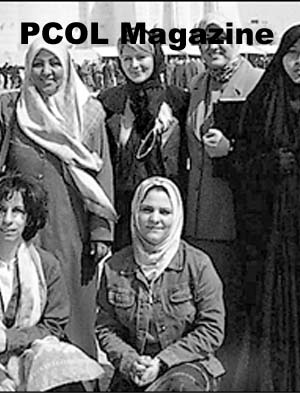 Honoring the life of Fern Holland and expressing the deepest condolences of the Senate to her family on their loss. (Agreed to by Senate)

Honoring the life of Fern Holland and expressing the deepest condolences of the Senate to her family on their loss.

IN THE SENATE OF THE UNITED STATES

Ms. LANDRIEU (for herself, Ms. MURKOWSKI, Mr. SARBANES, and Mrs. CLINTON) submitted the following resolution; which was considered and agreed to

Honoring the life of Fern Holland and expressing the deepest condolences of the Senate to her family on their loss.

Whereas the Senate remembers with great sadness the murder of Fern Holland near the Iraqi city of Karbala at the age of 33 on March 9, 2004;

Whereas Fern Holland, born in Bluejacket, Oklahoma, on August 5, 1970, lived her life committed to creating the most equal and just global society possible;

Whereas Fern Holland graduated with honors in psychology at Oklahoma University and actively sought to help the world through caring for children dying of nuclear-related diseases in Russia and teaching kids in a squatter camp in South Africa;

Whereas in the spring of 2000, Fern Holland worked for the Peace Corps as a human rights legal advisor in West Africa;

Whereas in May 2003, Fern Holland went to Iraq as a United States Agency for International Development employee to work for women's rights;

Whereas residents of the refugee camp in Guinea renamed the legal clinic Fern Holland established the `Fern Holland Legal Aid Clinic of Nzerekore';

Whereas the high school Fern Holland attended in Miami, Florida observed a moment of silence and then discussed a memorial to honor her;

Whereas the Cherokee Nation honored Fern Holland by passing a resolution saying she `died as a warrior';

Whereas Fern Holland was posthumously named a Heroic Oklahoman on April 7, 2004, by Governor Brad Henry; and

Whereas Fern Holland devoted her brief life to promoting her belief in basic human rights and the rule of law: Now, therefore, be it

Resolved, That the Senate--

(1) recognizes that, in Fern Holland, the World has lost one of its most devoted and hard working human rights activists;

(2) honors Fern Holland in her extreme dedication to making the world a better place; and

(3) expresses its deep and heartfelt condolences to the family of Fern Holland on their loss.