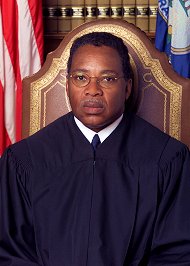 
The Black Law Student Association will present its Thurgood Marshall Award to Connecticut Supreme Court Justice Flemming L. Norcott Jr. at 7 p.m. on Friday, April 15. This event is open to the campus community and will take place in the Faculty Commons of the School of Law Center.

The Thurgood Marshall Award is given in honor of the first African-American to be appointed to the U.S. Supreme Court. Each year, BLSA recognizes an outstanding person in the legal, educational or political community who has in some way exemplified Marshall's dedication to improving society.

After graduating from Columbia Law, Norcott worked as a Peace Corps volunteer in Nairobi, Kenya, where he was a lecturer in the faculty of law at the University of East Africa. He then served on the Bedford Stuyvesant Restoration Corporation's legal staff in New York City and later as an assistant attorney general in the U.S. Virgin Islands. He was the co-founder and executive director of the Center for Advocacy, Research and Planning, Inc. in New Haven. Prior to his appointment to the bench, Norcott served as a hearing examiner for the Commission on Human Rights and Opportunities. He currently serves as a lecturer at Yale College.

This story has been posted in the following forums: : Headlines; COS - Kenya; Awards; Jurisprudence; Minority Volunteers