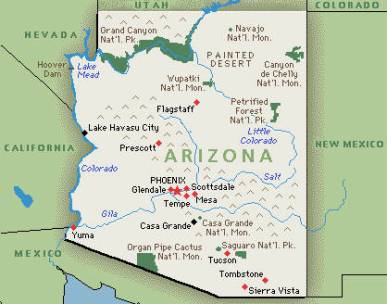 The University of Arizona Mel and Enid Zuckerman College of Public Health has 14 former Peace Corps volunteers, one-third of the 42 total at the UA. They say the creativity, independence and flexibility instilled in them by the Peace Corps serve them well in internships locally.

From tiny indigenous villages in Panama to refugee camps in Guinea, former Peace Corps volunteers at the UA's public health college have spent years working to alleviate some of the world's worst health conditions.

Now the Peace Corps Fellows are applying their experience and expertise to health issues in Tucson and Southern Arizona, working in an array of areas, including health education and prevention, nutrition, obesity programs, AIDS prevention and cardiac rehabilitation.

The University of Arizona Mel and Enid Zuckerman College of Public Health has 14 former Peace Corps volunteers, one-third of the 42 total at the UA. They say the creativity, independence and flexibility instilled in them by the Peace Corps serve them well in internships locally.

Only a few were interested in public health before joining the Peace Corps, but they all say the experience abroad drew them to the field, where they can help people living under poor health conditions, the overlooked and underserved in rural areas, those living on reservations and even in inner-city areas.

"Returning Peace Corps volunteers are a perfect fit for public health because no matter what they were doing in their Peace Corps experience, it usually comes back to a public health issue," said Chris Tisch, assistant dean of student services and academic administration. "Clearly our students who are out there working in the community can be the driving force for community change."

Jim Hazen, a second-year students in family and child health, started out in the Peace Corps as an English teacher in Madagascar and later was a short-term volunteer in Guinea, working to distribute food in refugee camps and rural areas. He left the Peace Corps looking for something he could do that dealt with health issues on a larger scale.

Now, Hazen works with the Community Food Bank's mobile market program, bringing food to sell at a discount to rural areas, including the Pascua Yaqui Reservation.

"It's a way to bring choices to a community which may not have access to better sources," he said.

Hazen's focus on food security - ensuring access to nutritious and culturally appropriate foods in a just way - is something he pulled directly out of his Peace Corps work. The foundation of adequate nutrition resonated with him the most.

"Even in Pima County, thousands are unable to meet their daily needs," he said. "It's amazing to me that some of those issues we think are thousands of miles away are right outside our door."

Though living with very little in a foreign land - having to pump water from the well, use a pit latrine and speak a language most people don't know exists - may seem strange, Hazen said after a while it felt normal.

"Through both experiences I realized very quickly that health issues transcend borders," said Hazen, a 28-year-old graduate of the University of Iowa. Bryna Koch worked in Panama, living in an indigenous village, isolated and with no government presence or infrastructure. The village is accessible only by boat and is six hours from the nearest hospital. The small clinics that were in villages couldn't afford to stock medicine.

"The history is very similar with indigenous people all over the world. They're moved off their land, isolated and left without infrastructure and access to quality health care," she said.

Koch works with the mobile health program through the UA's Rural Health Office, bringing care and education to rural areas south of Tucson, where the people are living in poverty, with no insurance and no access to health care outside emergency services.

"They end up in the emergency room for an illness that could've been prevented," said Koch, 25.

In Panama, she worked with water sanitation projects to reduce problems with parasites and malaria.

"Seeing children die and women and children sick, it's this dull, disconnected feeling," she said. "Public health wasn't even on the radar until I got to my location and saw all these basic needs unmet."

The experience taught her to look at health from a holistic perspective and how to deliver the most effective aid, integrating with locally based groups.

"Many projects have a disconnect because people don't know anything about the community," she said. "There you really get down and dirty in the community. Here we're sort of detached from our work."

Lisa Labita taught science in Nepal, instructing 80 to 100 students crammed in small classrooms. During a month's break to plant rice, a student of hers killed herself. The girl had gotten pregnant and, therefore, brought shame to her family. The girl's boyfriend killed himself first, and a week later the girl did the same.

"There was just no community compassion for that because of her pregnancy. There was a grieving period for the students, but they didn't see what the basic problem was," she said.

There was no sex education, no mental health education and no options. The community had no place for pregnant girls to go once they were disowned by their family. At a more basic level, sanitation and hygiene were problems. The indoor toilets were clogged and never used, so a wall outdoors became the bathroom, and hand-washing didn't exist.

"I saw this huge, huge need to have basic health education," she said.

Labita had a program planned out, but volunteers were pulled out of Nepal before she got to bring her ideas to the classroom.

When she returned to the United States, Labita enrolled in the public health program and now advises a panel of six teens for a Planned Parenthood outreach group. The group does HIV/AIDS education and offers information on safer sex and disease testing for teens.

"It's something that I definitely sought out because I felt there was such a need," she said. "Everybody thinks it's a problem outside the states, but it's here."

This story has been posted in the following forums: : Headlines; Public Health; University Education; Fellows