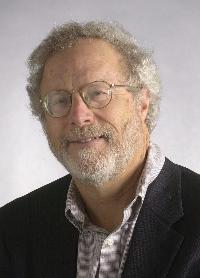 Cliff Meneken believes the Marin courts are in need of reform because they are run by rich, powerful and well-connected judges who care more about their own well-being than the taxpayers they serve. For 12 years Meneken prosecuted unfair labor practices for the state Agricultural Labor Relations Board and for 10 years worked in labor and employment law for two Bay Area law firms. He said he litigated more than 20 trials and settled numerous complex, multi-million-dollar civil cases.

Cliff Meneken believes the Marin courts are in need of reform because they are run by rich, powerful and well-connected judges who care more about their own well-being than the taxpayers they serve.

Meneken, 61, is challenging Marin Superior Court Judge John Sutro, the only one of three judges who is contested on the June 6 election ballot. No one filed to oppose judges Lynn Duryee and Kelly Simmons.

Meneken seemed to come out of nowhere to land on the campaign trail. The county's judges say they don't know him, and he has not been a player among court critics.

But he sees himself as the answer to what some say is a wealthy, conservative bench that is out of touch with the middle class and other segments of Marin society.

Meneken, a labor attorney, said he has been interested in becoming a judge for a long time but part of the impetus was a hearing he observed along with several of his Terra Linda neighbors.

It involved a civil lawsuit filed by a single mother, who said her privacy had vanished when her neighbors built a second story on their house. Sutro heard the court case in April 2004 and ruled in favor of the couple, who had put the addition on their house in a flatland area where most of the neighbors live in Eichlers and other single-story homes.

Meneken thinks cronyism had something to do with Sutro's ruling and suspects the judge's mind wasn't completely open when he heard the case. He said he tried to file a brief on behalf of the neighborhood association in support of the plaintiff, but Sutro refused to accept it.

"Some of us attended the trial and at that time what surprised me and bothered me was his predisposition and bias seemed to be evident," Meneken said. "I've never heard of a judge refusing to accept an amicus brief - that was surprising to me and that's what agitated the crowd a bit."

The neighborhood association won a ban on second stories from the city of San Rafael, which made Meneken begin to question how Marin courts were run. "It's the powerful economic interests that control this county," Meneken said. "We need an outsider to move the court in the correct direction - not cronyism."

He thinks the role fits him - that he can bring fresh insight and clarity to the courts.

"Given the current system, when a governor appoints well-heeled political friends with pull, we would have to have reform of that system," Meneken said.

Sutro, a Republican appointed to the bench by then-Gov. Pete Wilson in 1993, has not been challenged in an election until now. He was a partner at Pillsbury, Madison and Sutro, the San Francisco law firm started by his grandfather, for 29 years before accepting the appointment.

Sutro admits that his friendships helped him get the job but has said he loves being a judge because he can help people.

After college, the former civil rights activist joined the Peace Corps and went to Korea.

"I viewed poverty and the problems of the world first-hand," Meneken said, adding that once back in the states, he joined what was then

Vista, or Volunteers in Service to America.

"I've always been interested in important things in this country," Meneken said. In law school he clerked for California Supreme Court Justice Stanley Mosk, a liberal who championed individual rights.

For 12 years Meneken prosecuted unfair labor practices for the state Agricultural Labor Relations Board and for 10 years worked in labor and employment law for two Bay Area law firms.

Kathleen Russell of the Democratic Central Committee of Marin said the group has endorsed Meneken because it supports progressive Democrats who challenge incumbents.

"This is a nonpartisan race, but party affiliations do bring certain values to the bench that influence how judges treat cases - especially on the current Marin bench," Russell said. "It's healthy for democracy to have sitting incumbents challenged."

Russell said Meneken is equally or more qualified than some judges on the bench.

Marin National Women's Political Caucus also is recommending Meneken. The group said that Sutro did not respond to an invitation to submit an appllication for recommendation.

Meneken blames Sutro, as well as other Marin judges, for troubles in the court, including the failure to provide supervision of former court executive officer John Montgomery, who is facing felony charges of conflict-of-interest while on the job. "The changes (Presiding) Judge Lynn Duryee is making are mostly window dressing," Meneken said.

While Sutro is a GOP member, the bench as a whole doesn't indicate conservative or liberal leanings.

Besides, said Adams, party affiliation plays no part in interpreting the law.

"Being a judge is a nonpartisan office," Adams said. "Our job is to uphold the law - we put aside our own personal preference."

Meneken said he does not think his lack of experience on the bench is an issue because all judges are new in the beginning. "A lawyer usually can rapidly acquaint himself with particular areas of the law," Meneken said.

Background: Married to his wife, Bonnie, for 22 years. Two children and one grandchild.

Quote: "I respect the judicial system. My life experience and my legal experience uniquely qualify me to be a fair and impartial justice."

This story has been posted in the following forums: : Headlines; COS - Korea; Law; Jurisprudence; Election2006 - Meneken