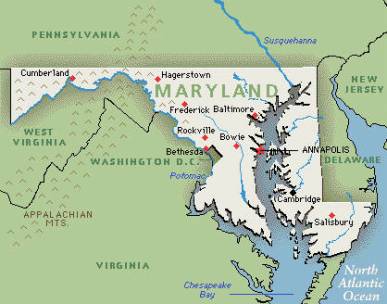 He was recently recognized as an outstanding teacher by the Carroll County Chamber of Commerce. He was one of eight educators to receive the award this year.

The elements of a top teacher

By Katie Martin
Special to The Sun

He said he often finds inspiration for class discussions by reading magazines or newspapers.

"I try to point out things that are in the news," Foote said. "Talking about any athletic event is going to involve some aspect of studying motion and forces."

Foote, 46, of Westminster, has been teaching at South Carroll High School in Sykesville since 1991.

He was recently recognized as an outstanding teacher by the Carroll County Chamber of Commerce. He was one of eight educators to receive the award this year.

Foote said that teaching physics gives him the opportunity to do a lot of fun things with students.

"Not all of them are going to become scientists, but they are going to develop skills that they can use in any class," Foote said. "You are teaching how to learn."

He said that while the content often stays the same, he tries to get the point across in different ways each year.

"It's a very exciting field," Foote said. "We are finding new information out every year."

Foote said that while some high school students have to be convinced that they like school, most find the lessons engaging.

"I will tell them there's nothing they can't do," Foote said. "I try and tell them from the beginning that this is something that is interesting."

He tells his students that they have been applying the laws of physics since the day they were born.

Foote tries to use a hands-on approach in his classroom as much as possible -- like connecting circuits to light bulbs.

Another example he uses with ninth- and 10th-graders is driving because since most of them are getting ready to get their licenses.

"That's all physics," Foote said. "Hopefully they understand enough that they can drive safely."

Foote said he also enjoys working with his students outside of class.

He helps organize the annual Physics Olympics contest and serves as adviser to the school's It's Academic team and science club.

He said he encourages students to join competitions because it forces them to think beyond the classroom.

"It helps them apply what they've learned and to think about something in a way that they don't think about it in the classroom," he said.

"He's an outstanding teacher who really challenges the students academically and intellectually," Phillips said. "He has high expectations for them."

He began his career teaching science and math in Kenya as a Peace Corps volunteer.

"It certainly gives you a perspective of what people are doing around the world," Foote said.

He also taught at a high school in Bronx, N.Y., before joining the faculty at South Carroll.

Outside of the classroom, Foote said he spends time with his three children. He is involved with a son's Boy Scout troop.

Foote said he finds teaching to be stimulating and exciting.

This story has been posted in the following forums: : Headlines; COS - Kenya; Secondary Education