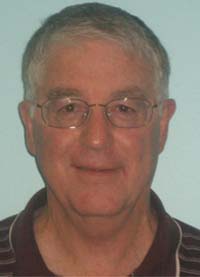 "Long term, I want to develop a professional staff of prosecutors. I want some people with experience in trying felony cases in criminal court. These younger people have an opportunity. I want them to sit in and help. I'm planning to take one or two of them under my own wing and let 'em see how an old man does it. "

Steve Bebb served two years in the Peace Corps. He worked as a school teacher and coach for seven years. After graduating law school, Bebb spent two years in private practice, seven years as an Assistant District Attorney, and over 23 years as Criminal Court Judge.

Bradley News: This is a three part question. How would you do things differently than the current D.A.? What changes would you make right away? What would you do long-term?

Bebb: "Number one I would not use what they call 'vertical prosecution' where a case is assigned to one person and supposedly that one person handles it all the way. They have so much turnover in an office that the same person never handles it. My idea is to have four or five trial lawyers that handle all the felony trials. I would use the rest of our staff for sessions and juvenile court. The juvenile judges want more help from the D.A.'s office."

"I would never continue a case in the grand jury waiting on a drug analysis from the TBI lab because the rules of criminal procedure say the district attorney shall present cases to the grand jury which are bound over from general sessions court. What's happening now is people are in jail without bond; maybe for months, waiting on the D.A. to go to the grand jury."

"There would be some staff changes. As a judge, I've had an opportunity to evaluate performances of the attorneys in there and I have some definite ideas about some changes I think need to be made. There are some people with good potential in that office and if they've not been, in my mind, spoiled by the bureaucracy that they've been working under, then I'd like to keep some of them."

"Long term, I want to develop a professional staff of prosecutors. I want some people with experience in trying felony cases in criminal court. These younger people have an opportunity. I want them to sit in and help. I'm planning to take one or two of them under my own wing and let 'em see how an old man does it. That's my long term: a professional staff. I want my people to try cases in all four counties. Over the years, my opponent, for instance, Mr. Crump, he's been in Bradley, some in Polk and he really hasn't been in McMinn and Monroe. I personally think that the plan was to not let anybody get known well enough to run against Mr. Estes. I'm only running for one term so I want these people to have exposure in all four counties."

Bebb: "Before the last sentence reform act was passed, armed robbery carried a minimum of ten years; a maximum of life. Today, it carries a minimum of eight; a maximum of 12. They sold that to the people by saying 'oh, now they're just getting ten years and under the new plan they'll get 12.' In sentencing armed robbers from 1982 until that law changed I think the least sentence I gave, except in one case, was 40 years. I think judges need more discretion and I think we need some harder laws for those hardened criminals."

"The sex laws are pretty hard right now. You convict somebody on one of these sex crimes and they go to prison, they're supposed to be serving at least 85% of their sentence."

"The drunk driving laws are pretty tough. One of the problems is that sometimes I see cases where people who are a third or fourth offender are allowed to plead to first or second and sometimes I've held my nose and taken those pleas myself. Sometimes, I've regretted it, too. But that's where the D.A. has discretion. There are all sorts of loop holes. We need to close some of those loop holes."

Bradley News: Mr. Bebb, there have been some strong ads run by your opponent. Some of them have been pretty specific about what your position is on certain issues. Would you like to address that?

Bebb: I've chosen not to respond in my ads. I've wanted to keep this campaign on as high a plain as I could. But things like 'Steve Crump will be tough on drugs even if judges are lenient' has made every sessions court judge all the way through the criminal court judges angry at him because all of us know that Steve Crump worked out 98 or 99% of his cases. We know what his position is. Steve Crump is a good lawyer. I've got no problem with that but that's a misleading ad to the public."

"On the other hand, if he had any disagreement with the philosophy of Jerry Estes, 'why did he stay [in Estes' office]?' is my question. I worked for another D.A. for seven years and I resigned four or five times during that time. I always came back but I always got my way. But this bunch, whatever Jerry Estes says, they do. For him to act like he's not part and parcel of Jerry Estes is misleading to the voters. There've been others but those are the ones that bothered me the most."

This story has been posted in the following forums: : Headlines; COS - Cameroon; Election2006 - Bebb; Law