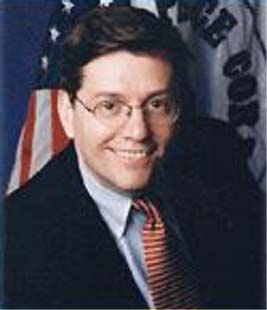 WASHINGTON (AP) -- Governors, campaign advisers and former presidential foes could end up in top Cabinet posts in a John Kerry administration, perhaps joined by a retired general and even a Republican or two.

Political and business insiders would be a good bet as in any presidential administration. And plenty of names from the Clinton administration, four years out of office and some of them itching to return, are being tossed around.

The Kerry campaign is keeping quiet so far about specific prospects for Cabinet positions if the Massachusetts senator should win the presidency in November. But that doesn't mean no one is thinking about it.

"If he's doing his job as a candidate, he should be already developing lists of names," said Paul Light, a New York University professor and expert in presidential transitions.

Kerry has been trying to lure undecided voters with a decidedly moderate message and has said he might appoint Republicans to important positions. But Shirley Anne Warshaw, a presidential scholar at Gettysburg College, said that might provoke tension in a new administration.

Among leading Cabinet prospects are those already advising the Kerry campaign, including men who fought him for the Democratic nomination, as well as present and former members of Congress and retired military leaders.

A "hideously convoluted process" of confirming Cabinet nominees favors officials who already have dealt with the lengthy and intrusive questioning, Light said.

"Past experience is a good predictor of future appointment," he said.

Here are some possible contenders for a Kerry Cabinet:

Kerry has mentioned Republican Sens. John Warner of Virginia and John McCain of Arizona, but McCain has been campaigning for Bush. In fact, he is also mentioned as a longshot prospect for defense secretary in a second-term Bush administration.

* JUSTICE. Jamie Gorelick, an assistant attorney general in the Clinton administration and recently a member of the Sept. 11 commission, has emerged as one candidate, along with another former Clinton Justice Department official, Deval Patrick. Others include New York Attorney General Eliot Spitzer, Michigan Gov. Jennifer Granholm, Arizona Gov. Janet Napolitano, Connecticut Sen. Joe Lieberman and the No. 2 official in Clinton's Justice Department, Eric Holder. Holder was acting attorney general for a short time, but either he or Patrick would be the nation's first black attorney general confirmed by the Senate.

* HOMELAND SECURITY. Hart, Rudman and Hamilton could also be considered for this post, along with retiring Sen. Bob Graham, D-Fla., and former New Jersey Gov. Thomas Kean, the Republican chairman of the Sept. 11 commission.

* WHITE HOUSE STAFF. Kerry could look to the pool of generals who endorsed him during the campaign when seeking a national security adviser. Also under consideration could be campaign foreign policy adviser Rand Beers.

A budget chief in Kerry's White House might be senior economic adviser and former Clinton economic adviser Gene Sperling, Raines or David McKean, chief of staff for Kerry's Senate office. A number of senior campaign advisers could be in line for White House chief of staff, including Johnson, longtime adviser and Boston operative John Sasso or David Gergen, adviser to past presidents, Democratic as well as Republican.

* TRANSPORTATION. California Rep. Juanita Millender-McDonald and former Transportation Secretary Rodney Slater could be in the running.

* LABOR. Kerry has said he wants former House Democratic leader and presidential candidate Richard Gephardt of Missouri in his administration, and the Labor Department would seem a natural fit. On the other hand, Kerry has indicated he would fill this post with a labor leader, and those possibilities include Harold Schaitberger, president of the International Association of Fire Fighters, and Massachusetts Rep. Stephen Lynch, a Democrat who led a local ironworkers union chapter before being elected to Congress.

* AGRICULTURE. Iowa Gov. Vilsack, who was on Kerry's short list of vice presidential picks, has strong experience in farm issues. Others who could be considered include Reps. Leonard Boswell, D-Iowa, and Ron Kind, D-Wis.

* INTERIOR. Mark Gearan, who held several posts in the Clinton administration including Peace Corps director, and Tim Wirth, once Colorado representative and senator, could be picked.

* ENVIRONMENTAL PROTECTION AGENCY. Massachusetts environmental official John DeVillars, who held a spot in the EPA under Clinton, former Connecticut Sen. Lowell Weicker, a Republican, and Lieberman may be considered.

VETERANS AFFAIRS. Kerry might ask former Sen. Max Cleland, D-Ga., a close friend and fellow Vietnam veteran, to go back to the post he held under President Carter. Kerry could also consider Hershel Gober, who served as secretary in the Clinton administration.

* CIA/NID. Hart or Hamilton, the Sept. 11 commission vice-chairman, might be in a good position to take the top intelligence spot.

This story has been posted in the following forums: : Headlines; Peace Corps Directors - Gearan; Election2004 - Kerry