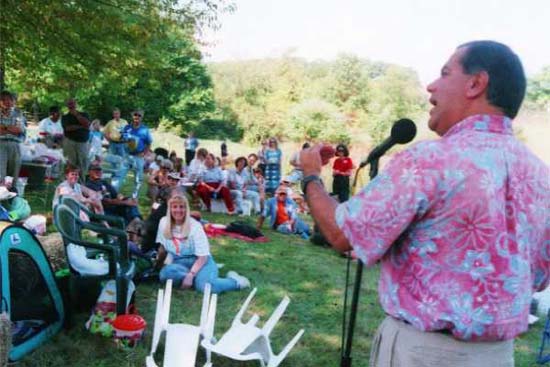 Read and comment on this story from the Maryland Returned Peace Corps Volunteers who hosted a picnic on October 5 with Director Gaddi Vasquez as the Guest of Honor at:

On Saturday, October 5th, the Maryland Returned Peace Corps Volunteers held a picnic at RPCV Tom Jacobs' fish farm. Peace Corps Director Gaddi Vasquez was the Guest of Honor. Brian Dulay, President of the Maryland Returned Volunteers, introduced the Director. Kay Muldoon-Ibrahim, a professional photographer who worked 30 years ago at the "Peace Corps Volunteer" magazine, presented the Director with a framed photo-montage that she had put together of photos she took at the Returned Volunteers Memorial Service at Arlington Ceremony as part of the Peace Corps 40th plus one in June. 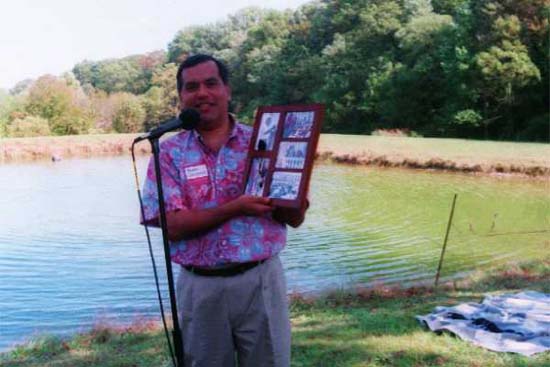 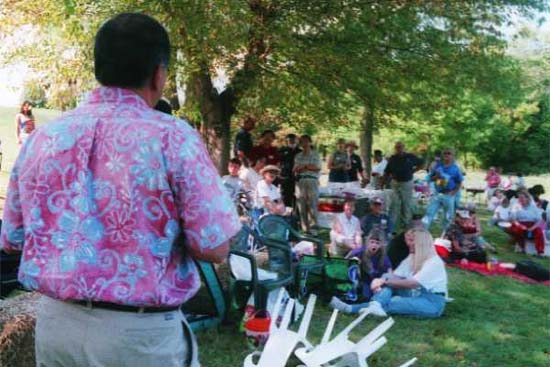 Also attending with the Director were the new Director of Peace Corps' Domestic Programs, Panama RPCV Allene Zanger (Center in the photo below). Special Assistant Amanda Host, and Director of Planning Paul Jhin. 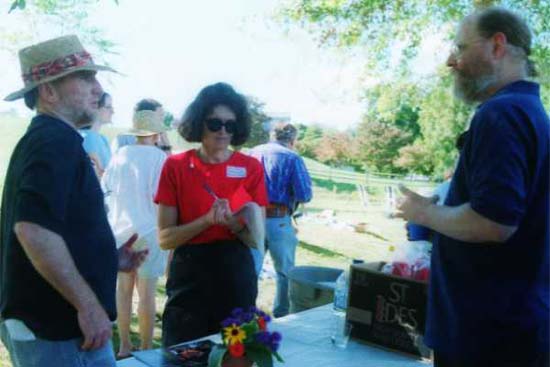 The Director stayed for several hours to talk one on one with Returned Volunteers about their concerns. He is shown below with Special Assistant Amanda Host (Center) talking with two RPCVs 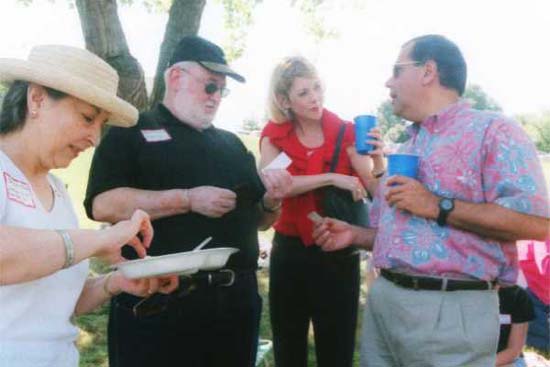 The picnic was an outstanding success. An estimated 100 people attended. Tables were set up under the trees along the bank of Tom's largest fish pond. Guests brought a gourmet's delight of special dishes from various countries where they had served, accompanied by meat barbecued asado style on two grills, a selection of sodas and a keg of beer. 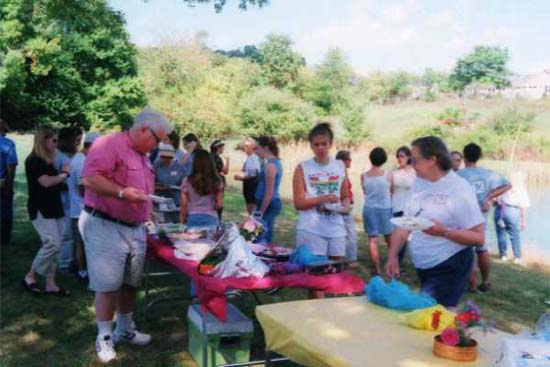 A public address system had been set up which played some wonderful indigenous music which several guests had brought, and served for announcements and the Peace Corps Director's talk. Some of the children and their parents tried successfully to catch fish in the pond with cane poles, and everyone enjoyed the opportunity to visit with old friends and to make new ones. A surprise was the weather. After a week of forecasts for rain, Saturday turned out to be one of the loveliest days of the year. 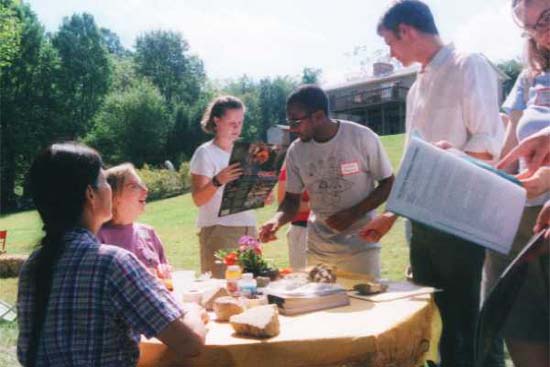 The picnic was organized by Brian Dulay, Hugh Pickens, JoAnna Allen (Left seated in the photo above), Christa Bucks Camacho (Center seated), Kay Muldoon-Ibrahim, and Tom Jacobs (Center in the photo below). 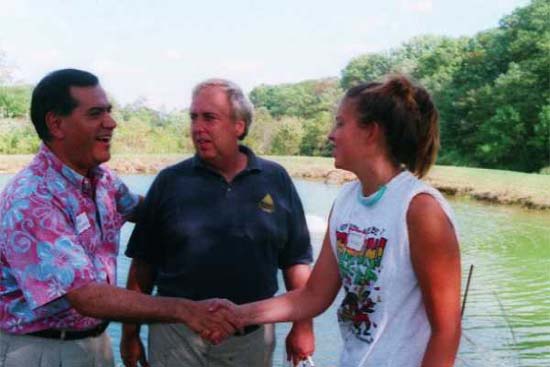 The Maryland Returned Volunteers thank Director Vasquez for attending and all the RPCVs who came out to welcome him and hope that the picnic becomes an annual event.

This story has been posted in the following forums: : Headlines; Local Groups; Peace Corps Directors

Hallo, my name is Petr Pavlicek, I am from the Czech republic and I would like to ask you for the e-mail address of MR. Brian Dulay from Maryland. He was born in OHIO... He was my english teacher in Jesenik in 1995-97. He is my good friend, but we have been good friends (He still is!!!), but we haven´t been in touch since 12/2000 because I was totaly busy... :-( I would be happy to get his E-MAIL to write and send him so much... Thanks for your help and Merry Christmas and Happy New Year 2003!!!! :-))) Please excuse my English, I haven´t used it for ages... My Adresses are: bernartwood@email.cz or jean.junior@seznam.cz THANK YOU VERY MUCH!!!!!!! Petr Pavlicek

HELL MY NAME IS KESSINTON NDIGBO. I AM LOOKING FOR...COMOT OOOOOOO I DON DO THIS PLACE