The Tequila Worm is Missing: What happened to the Dodd bill and what RPCVs can do 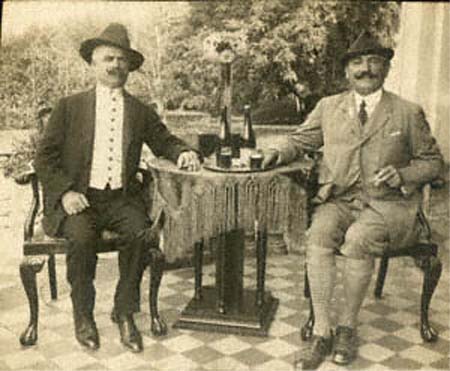 PCOL believes in the free exchange and discussion of ideas among Returned Peace Corps Volunteers. Read and comment on this op-ed piece written by Colin Gallagher, an RPCV who has been an outspoken defender of Peace Corps' independence from the intelligence gathering community, with his interpretation of the changes in Senator Dodd's Amended Peace Corps bill that passed the Senate on October 15 at:

The Tequila Worm is Missing: What happened to the Dodd bill and what RPCVs can do *


The Tequila Worm is Missing: What happened to the Dodd bill and what RPCVs can do

Two men sit at a table in a hot, exotic, and dangerous locale with a single bottle of tequila.

The bottle, bought by the first man, naturally contains the worm.

In a place like this, who'd want a bottle of tequila without the worm? The worm is the soul of the tequila, its presence a guarantee of authenticity and safety.

The second man eyes the worm. It is twisted and round, like some people he knows. He thinks he sees it wiggle. His vision shifts and focuses on the first man, who has temporarily left the table to confront a threat, something that those people he knows would never do. But would I?, he asks himself -- would I?

When his friend returns to the table, the worm is missing.

But the worm is gone.


Gone, too, from the Senate version of the Peace Corps legislation is the phrase:

"...No Peace Corps personnel or volunteers should have any relationship with any United States intelligence agency..."

Washington, D.C.: What is being played out in committees and subcommittees in the halls of Congress is the future of Peace Corps, and its relevance, as Returned Peace Corps Volunteers --some of them having become influential politicians -- are making decisions which will decide whether or not the United States as a whole moves towards perceiving and practicing security as a matter of friendships made; as opposed to the measure and definition of security as the number of guns produced, or people monitored.

This is "the table."

The "tequila" is the proposed Peace Corps bill -- comprised of two parts, H.R.4979, and S. 2667. Originally, these two parts were equal in every respect, emphasizing Peace Corps independence and authorizing expansion of funding for Peace Corps Volunteers, in addition to creating more effective ways for RPCVs to assist Peace Corps at home and abroad. The Senate version, S. 2667, has passed -- but not without being changed, and diluted... weakened. The Senate version has lost what we will call... the worm.

The "worm" is Section 4 of H.R. 4979 -- which would (for the first time in Peace Corps history) limit the existing Presidential authority regarding assignment and availability of Volunteers so that no Peace Corps "detail or assignment (will) contradict the standing of Peace Corps volunteers as being independent from foreign policy-making and intelligence collection." (From Section 4(B), H.R. 4979)

Indirectly -- and most importantly -- it also signals a shift away from the traditional perception of "security" in terms of arms produced or persons monitored -- thus creating a legislative movement towards the perception of "security" in terms of friendships created or diplomatic ties enhanced. As the "worm" turns, its passage through the dank tunnels and holes of our industry-dependent Capitol could, in the long run, create in effect a death knell for the tacit acceptance of governmentally-induced growth of the arms industry.

Farr and Dodd, of course, Senator Dodd being the second man. Representative Farr is increasingly widely known for his courageous stance on a wide range of issues. Dodd is a stand-up guy, too, but has yet to fully prove himself.

The Bush administration has met with key individuals in Congress on the proposed Peace Corps legislation. As the Senate version of the Peace Corps legislation moved towards a vote, these meetings and negotiations melted the steel out of the Senate version -- and in so doing, our government stole the "worm" away, where -- the Administration hopes -- no-one will find it or care.

Originally, Section 4 of Dodd's Senate bill matched (word for word) Farr's "worm"- Section 4 of H.R. 4979. Now, the language of Section 4 (of the approved Senate bill, S.2667) only says: "...such detail or assignment does not contradict the standing of Peace Corps Volunteers as being independent." But, independent from What? From tea and cookies at the Embassy? All the references to intelligence gathering are conveniently gone.

But that's not the only "little" change that was made. Farr's proposed legislation states that recruiting of Volunteers would be undertaken solely by Peace Corps, as well it should be. Dodd's proposed legislation was successfully hijacked by the Administration in this area, stating that recruiting of Volunteers would be undertaken... primarily by Peace Corps. Of course, no RPCV will ever notice if, in compliance with Section 908(a) of the PATRIOT Act, the Freedom Corps starts installing "agents" into PC's Environmental Education programs, right?

But hey! That's not really important, is it? After all, the tequila is still on the table, right? And if any meddling RPCV starts asking what happened to Section 4, well, we're the Administration, we can just blame Senator Dodd.

So, now we are at the "what we can do" part of this article. And really, it's not so much what we can do as what we must do. What we have to do, if we ever want anything to change for the better.

First, being as you are online right now, you can SEND AN E-MAIL to your Representative on this issue. Especially if you are a Returned Peace Corps Volunteer, your e-mail(s) together will make a difference at a critical moment in Peace Corps history(this is considered the most critical legislation in over 20 years of PC history). Make sure and put the acronym "RPCV" after your name when you address the message -- the Congressional aides will notice.

A message requesting that the original language be included in the final version has been prepared (below) for you to 'copy' and 'paste' into a letter to your Representative. Make sure and send one message right now to your Representative by clicking on the following link, which allows you to send the message shown below to the correct Congressional office:

I write to you as a constituent and a Returned Peace Corps Volunteer who is seriously concerned about the direction being taken with Peace Corps legislation.

I strongly request that the original language of Section 4(b) OF H.R.4979 shall be preserved as the House and Senate versions of the Peace Corps legislation are reconciled, so that any final legislation will include the following language on Peace Corps Independence:

(Section 4(b))
"DETAILS AND ASSIGNMENTS -- Section 5(g) of the Peace Corps Act (22 U.S.C. 2504(g)) is amended by inserting after 'Provided, that' the following: 'SUCH DETAIL OR ASSIGNMENT DOES NOT CONTRADICT THE STANDING OF PEACE CORPS VOLUNTEERS AS BEING INDEPENDENT FROM FOREIGN POLICY MAKING AND INTELLIGENCE COLLECTION: Provided further, That'."

The original language of Section 4(a), which would mandate that recruitment of Volunteers be conducted solely by Peace Corps, must also be kept intact.

Please help us make sure Peace Corps will serve as a light and a beginning for a new definition of national security -- one based on friendship and trust, not on fear and mistrust.

Finally, for the extremely committed, if you want to take it to the next level, as a third and final step you can e-mail the members of the House Committee on International Relations:

1. Link to the Committee on International Relations at :

2. Find the Committee Member who represents your state (there may be more than one) and link to that Member's page through the Committee web site, to either e-mail them or obtain their telephone or fax contact information. Your message should contain the subject line, "MAKE THE PEACE CORPS INDEPENDENT OF INTELLIGENCE" and should request that "THE LANGUAGE IN SECTION 4(B) OF H.R. 4979 MUST BE PRESERVED IN ANY FINAL VERSION OF PEACE CORPS LEGISLATION, TO STATE THAT 'such detail or assignment does not contradict the standing of Peace Corps volunteers as being independent from foreign policy-making and intelligence collection.'"

You know, it may not seem so important now, but little by little, our efforts are making a difference. Your children, and your children's children, and in fact children around the world, will one day benefit from this -- our collective, persistent, and unrelenting action. You may even be surprised to find someone thanking you for what you've done one day, when this is all history -- perhaps over a bottle of fine tequila, in some not-too-distant locale.

I have contacted my US House Representative from Missouri,the US House International Relations Committee and US Senator Christopher Dodd regarding final wording in the "Peace Corps for the 21st Century" legislation. I agree that the final version of Peace Corps legislation MUST state that "such detail or assignment does not contradict the standing of Peace Corps volunteers as being independent from foreign policy making and intelligence collection." I urge you to contact your representatives as well as the committee and Senator Dodd to express your opinion.

I believe that all Peace Corps volunteers must maintain the trust of those with whom they are working.

I saw my Represenantive with his wife on election day. Mr. Tierney. I told him and his wife, I did not vote for him. Why? Because he has not convinced the Government Reform Committee to have hearings on safty at Peace Corps and Separated Peace Corps Volunteer issues. If, John reads this, I want him to know I voted for a democrat, Mark Tuttle from his home town of Salem, Massachusetts. Tierney and his staff told me its really not his issue. If you live on the North Shore, call him and let him know what Peace Corps does.

I was successful in iritating him though by mentioning the fact that Marty Meehan from the next district over has been a champion of reform minded people in the Congress regarding Peace Corps.

I was not gleeful to see the new Peace Corps legislation die in the house. Remember though, alot of house members care about American Volunteers. 21 Volunteers killed, died or missing are too many.

We need 2 volunteers at every site for the prevention of security breaches. The Reps. realize Dodd is trying to railroad this through without that provision.