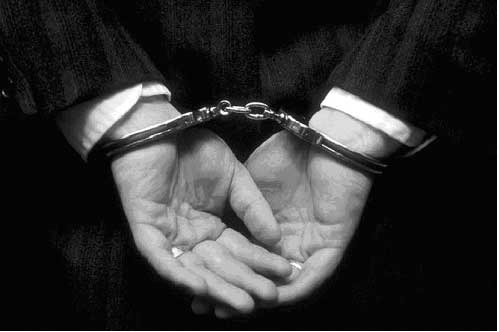 A Roman Catholic priest who has sponsored Colombian students in Pullman and Western Washington has been accused of sexual abuse by a former student who moved to the United States with the priest's aid.

Those who know the Rev. James Mitchell in Pullman reacted Friday with disbelief. They describe him as a benefactor, a humanitarian who has risked his life to help the children of Colombia.

A lawsuit filed earlier this year in King County Superior Court, however, portrays a different image: a predator who used his power and influence to take advantage of a teenage boy from a rural mountain village in Colombia.

Mitchell, who didn't respond to a request for an interview, spends most of the year in Pullman and shares his home with two young men from Colombia. He also runs a nonprofit school for poor, rural children in Colombia. Known as the El Camino Development and Education Fund, the program has an annual budget of nearly $200,000.

Mitchell, along with the Archdiocese of Seattle, is being sued by Ariel Ariza, a native of Colombia who said he was adopted by the priest. During a phone interview from his home in Lynnwood, Wash., Ariza described the dangerous and difficult life he led in the village of La Aragua - how guerrilla fighters killed his father and older brother, how he was hospitalized after being shot in the chest.

Because there is no record of his birth, Ariza isn't sure how old he was in 1982, when Mitchell first arrived in La Aragua, a village of about 40 families. Although the lawsuit states he was 17, Ariza said he was 15.

At the time, Mitchell was recruiting children for El Camino, a school he established in 1973, shortly after he was ordained into the priesthood by the bishop of Colombia. Before joining the seminary there, Mitchell was a Peace Corps volunteer who served for four years in the Colombian state of Santander.

"Father Jim" told him that El Camino was a haven, a place to learn how to read and write and become educated, Ariza said. He also promised to adopt him and take him to the United States.

"I believed he was a good guy and doing something for the community," said Ariza, who's now 36 and owns a business doing marketing for the Hispanic community. "He had a lot of power over me. I didn't think I could survive without him."

Along with two other boys, Ariza came to the United States with Mitchell in 1984. All three lived with him in Vancouver, Wash., where Mitchell was given "the faculties of a priest" - or permission to work - by the Archdiocese of Seattle. There, at St. John's Parish, Mitchell worked with the Hispanic community.

According to the suit, the abuse continued in Vancouver. Ariza said the priest took advantage of his inability to speak English and his vulnerability. When he wouldn't comply with the priest's demands, Mitchell threatened to send him back to Colombia, he said.

In 1986, one of the three young men who lived with Mitchell told St. John's pastor that the priest had abused him, and that the incidents occurred in Colombia, said Greg Magnoni, spokesman for the Archdiocese of Seattle. The pastor reported the incident to civil authorities in Vancouver, as well as to the archbishop, who then contacted the bishop of Colombia, Magnoni said. Mitchell was then dismissed from his position and removed from the diocese. No criminal action was taken since the alleged crime occurred outside the country, Magnoni said.

The complaint alleges that the archdiocese "failed to properly investigate Father Mitchell's background to ascertain whether he was suitable to be placed in a position of trust and confidence among boys."

Mary Fleck, Ariza's attorney, said her client filed the lawsuit because it was only within this past year that he realized how much the abuse affected his life. He also was worried for the safety of other boys who came into contact with Mitchell.

Jeffrey Cohen, a Seattle attorney representing the priest, did not return phone calls for comment.

Since he moved to Pullman in the early 1990s, Mitchell has sponsored a number of Colombian students at Washington State University. He does this by helping them get tuition waivers and finding them housing, often in his own home in a newer development on the north part of town.

"There's a number of students who have benefited and are still benefiting from his help," said Paul Svaren, WSU's international enrollment manager.

Svaren said he's known Mitchell for several years and has seen the priest help dozens of students in Pullman and hundreds in Colombia. "He has affected them in a very positive way educationally," he said. "I've never heard anything negative about the man."

A 2002 Spokesman-Review story about Mitchell involved interviews with three people from Colombia living with him at the time - two young men and a 40-year-old woman who came to WSU to further her graduate studies. All three said their lives had been improved thanks to Mitchell. At the time, he told the newspaper he spends much of his year in Pullman, but travels to Colombia every few months to visit El Camino.

When he first arrived, he worked for two years as a student officer in the Multicultural Student Services office and held a brief job as an hourly employee in the school's International Programs office in 1996. For the past several years, he has been enrolled as a graduate student in the WSU School of Education. He was not enrolled at WSU for fall quarter.

According to Deacon Eric Meisfjord, communications director for the Diocese of Spokane, Mitchell never had permission to function as a priest in the diocese, which encompasses all of Eastern Washington.

Jim Rowland, a Pullman resident and El Camino board member, said he finds it difficult to believe the allegations against Mitchell. He said Mitchell told him he had adopted some of the El Camino boys because it was the only way for them to leave Colombia and study in the United States.

Rowland, a real estate agent with a doctorate in education, has taught English as a Second Language at El Camino and other schools around the world. During his visits to Colombia, there were no signs of impropriety, he said. In fact, the bishop of Colombia praised Mitchell's work, Rowland said.

Only the bishop of Colombia can take action to remove Mitchell from ministry or even defrock him. That bishop, however, isn't governed by the same rules as American bishops.

Two years ago, bishops in this country agreed during a historic meeting to permanently remove from ministry any priest or deacon who has ever sexually abused a child, no matter how long ago.

Despite this rule, the bishops have no authority over priests who are not part of their diocese. "It's very problematic for a diocese if someone like Jim Mitchell decides to set up shop," said Magnoni.

This story has been posted in the following forums: : Headlines; COS - Colombia; Crime; Sex Abuse