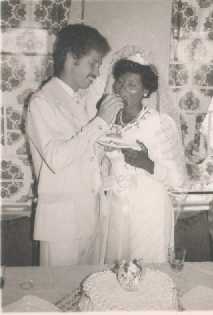 SHOPS BRING A CORNER OF AFRICA TO BAY AREA

One began her journey to America by fleeing Ethiopia on foot. One remembers being afraid to set foot in a country that she believed was full of cowboys and Indians. And one was escaping apartheid when she landed here as a student in Virginia.

They come from different backgrounds and three very different African countries. But somehow, all three of these women have established businesses in the same quiet corner of East Campbell Avenue.

``We call it the African corner,'' said Winni Bekele, owner of the Shebele Ethiopian Restaurant. ``We didn't plan it -- we couldn't have planned it -- but I'm glad it's happened.''

Bekele's restaurant has been there longest. She opened Shebele at 422 E. Campbell almost 11 years ago, out of a desire to share Ethiopian culture with Americans. ``When I went to Chinese or Mexican restaurants I always saw so many things from those cultures on the walls and in the decoration,'' Bekele said. ``I wanted to offer the same kind of answer to people who asked me questions about my country.''

More than a year ago, Shebele got two new neighbors across the street: Diana's Fashions, an African clothing store at 411 E. Campbell, and high-end furniture store Voila L'Afrique at 415 E. Campbell. The convergence, all three owners insist, is purely coincidental.

But they say it's been beneficial.

``We all watch out for each other,'' said Diana Axtell, who owns Diana's Fashions. ``We drop by for chats, and we direct customers to each other.''

Those referrals are crucial, Axtell said, both because of the economic downturn and the fact that many of their customers travel long distances to visit them. The African population in the Bay Area is small, scattered and highly diverse.

``A South African isn't necessarily going to want to wear the same thing as a Ghanian,'' Axtell said, and so she stocks clothes from both countries -- and hopes that networking and word-of-mouth will lead both of them to her door.

Likewise, Bekele is plugged into the Bay Area's established Ethiopian community, but that population alone could not support her business. She has to look not only to other Africans, but also to Americans and Asians. And Voila L'Afrique owner Martha Namudjebo-Tilahun said she thinks not in terms of nationality but in terms of ``people who are interested in amazing materials and open to the fact that Africans can produce excellent designs.''

``You have to appeal to a wide audience,'' Bekele said. ``And it helps to have these other stores around, so we can give a full experience to people who are looking for African things. Plus it's just nice to know that there are other people around who have some idea of what has gone on where I'm from.''

What has gone on in Bekele's home country has special resonance with both Axtell and Namudjebo-Tilahun; they have both been affected by events in their own countries. Bekele fled Ethiopia on foot at the age of 15, escaping political turmoil. She lived in a Sudanese refugee camp for three years before getting sponsored to immigrate to America under a refugee resettlement program.

``My first thought when I got here was how I could get the rest of my family here, too,'' Bekele said. ``And my second thought was how I could make this country feel like home to me -- hence the restaurant.''

Positive thinking worked very well for Bekele, who is 41. She successfully sponsored all 11 of her brothers and sisters for immigration, and all of them pooled their resources to help her open the restaurant.

Namudjebo-Tilahun, 40, was also sponsored to leave a tumultuous country. She grew up in Namibia while it was being ruled by the apartheid South African government. After studying at St. Paul's College in Virginia, she did graduate work at Santa Clara University and the University of California-Berkeley -- and fell in love with Campbell in the process.

``It's a historic town, it's quiet, and when I was new here the people were here for me,'' Namudjebo-Tilahun said. Although she spends most of the year in Namibia, which is now one of the most stable countries in southern Africa, she has bought a townhouse in Campbell. She stays there whenever she is in America (a manager looks after the shop for the rest of the year). ``So now I'm here for them.''

Axtell left her home country of Sierra Leone for more romantic reasons -- she married an American Peace Corps volunteer in 1979. But Sierra Leone has since been wracked by civil wars, and Axtell said she can't see herself returning. Instead, she's dug into the quirks and foibles of her adopted country, even building her business around them. Diana's Fashions specializes in larger sizes.

``When I first got here I was shocked to see so many overweight people,'' Axtell said. ``People aren't big like that in Africa. And then, well . . . I got big myself, and I said, I need some nice, fancy clothes to wear and I bet other big people here need them, too. And so, my shop.''

This story has been posted in the following forums: : Headlines; COS - Sierra Leone; Small Business; Fashion