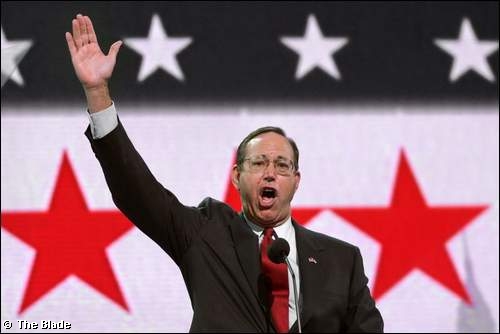 Ohio Gov. Bob Taft was one of several governors to join U.S. Secretary of Commerce Don Evans during a news conference yesterday to talk up the Bush administrationĺs economic accomplishments.

They said the Bush administration inherited a "Clinton recession," made worse by the 9/11 attack and corporate scandals. Thanks to the Bush-backed tax cuts and other policies, the economy has weathered the storm better than it would have and now the country is "in the early stages of a Bush recovery," Evans said.

On a day when the Republican National Convention focused more on the economy than in the conventionĺs first two sessions, Taft was on hand to proclaim that Ohio, too, is finally faring better.

This story has been posted in the following forums: : Headlines; COS - Tanzania; Politics; Election2004 - Taft