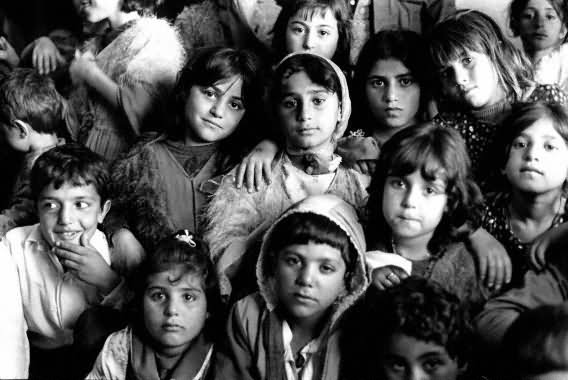 Read and comment on this story from the Minneapolis Star Tribune on Liberia RPCV Huy Pham who flies to Iran this week to begin setting up a refugee relief project for Iraqi war victims. The Minneapolis relief worker will talk to government officials, scope out refugee camp sites, check out their health and water needs, and return to his Loring Park office to draw up a plan to help -- quickly. Pham, who is among thousands of humanitarian workers expected to descend on the Iraqi borders in the weeks ahead, said helping refugees in this war is different from any other assignment. "For one thing, the magnitude of this crisis is very disconcerting -- up to 2 million people could be displaced," said Pham, a director of the American Refugee Committee, based in Minneapolis. Pham said his experience as a Vietnamese refugee is a big reason he's involved in this often emotionally draining work. He said his work in Africa as a Peace Corps volunteer also shaped his concern for refugees. Read the story at:

If all goes as planned, Huy Pham will fly to Iran this week to begin setting up a refugee relief project for Iraqi war victims.

The Minneapolis relief worker will talk to government officials, scope out refugee camp sites, check out their health and water needs, and return to his Loring Park office to draw up a plan to help -- quickly.

Pham, who is among thousands of humanitarian workers expected to descend on the Iraqi borders in the weeks ahead, said helping refugees in this war is different from any other assignment.

"For one thing, the magnitude of this crisis is very disconcerting -- up to 2 million people could be displaced," said Pham, a director of the American Refugee Committee, based in Minneapolis.

"And if weapons of mass destruction are used -- chemical, biological -- that's something the [humanitarian aid] community is ill-prepared for."

The first wave of the humanitarian response inside Iraq will be provided by civil affairs units of the U.S. military, Pham said. They will be followed by international relief groups, a process that he said could confuse Iraqi citizens.

"The Iraqis may not be able to differentiate between us," he said. "We [refugee relief groups] are trying to be neutral and impartial. That will complicate matters.

"I'm a product of the Vietnam War, and I enter this with a heavy heart. But I'm ready to go in and see where we can make a difference."

Relief on the way

Its president, Hugh Parmer, is among a group of humanitarian aid leaders invited this week to a briefing with Defense Secretary Donald Rumsfeld.

This week, the local staff scrambled to arrange logistics for setting up two operations, one in refugee camps in Iran and another inside southern Iraq.

They rustled up gas masks, chemical weapons suits and satellite phones for staff leading the missions. They set up training to help them respond to potential chemical, biological and nuclear attacks.

Pham contacted workers in Turkey, Pakistan and Afghanistan to learn about the situation on the ground. And Parmer worked on funding, staffing and other logistics.

Parmer walked up to a map of Iraq on the wall of his office and pointed out the problem facing humanitarian relief efforts in this war.

Syria, along Iraq's western border, says it won't let refugees in, he said. Turkey, in the north, says the same. Iran, to the east, is bracing for the arrival of thousands of refugees. But U.S. organizations need a special license to operate there because of U.S. trade sanctions, he said.

Until now, Parmer said, few aid groups had set up in Kuwait, in part out of concern of being linked to the U.S. military.

To complicate matters, refugee relief groups haven't been able to plan exactly where to set up shop because they haven't known which areas would be generating refugees. That is dictated by U.S. war plans, which are secret.

It's an unusual situation, Parmer said.

"The bottom line is that normal humanitarian machinery [is] almost uniquely unprepared and behind the curve," he said. "I expect there are a lot of humanitarian organizations like us, scrambling to get people in place."

Parmer said his group is fortunate because it has a partnership with the Iraqi Refugee Aid Committee, an Iraqi exile group in Iran that is prepared to work inside Iraq. It has 100 emergency medical specialists and 100 people trained to distribute relief supplies, he said.

"It gives us an advantage because they are native speakers, already on the ground, with basic training in relief work," said Parmer, a former official of the U.S. Agency for International Development who took over leadership of the American Refugee Committee last year.

He said the committee has submitted a $2 million grant request to the Agency for International Development to fund the operation. In the meantime, the committee is using its own money and plans to do some fundraising.

Pham, meanwhile, will spend about three weeks in Iran, assessing the needs of the tens of thousands of refugees expected to flee there.

The committee focuses on public health services, and depending on what Pham finds, it could send health care specialists, nutritionists and water sanitation engineers.

Most of the relief workers will be from the region, but some Minnesotans will probably join the group.

"It's amazing," he said. "There are literally hundreds of people who do this work more or less on a regular basis."

Pham said his experience as a Vietnamese refugee is a big reason he's involved in this often emotionally draining work. He said his work in Africa as a Peace Corps volunteer also shaped his concern for refugees.

"Living in this country and having everything accessible to you, part of me wants to do something for the rest of the world," Pham said.

His involvement with the rest of the world is obvious in his office. A painting of an African village hangs on one wall. Photographs of Afghan children are propped against another. His desk is stacked with files on dozens of countries and books with titles ranging from "Taliban: Story of Afghan Warlords" to "Guidebook to Iran."

Pham is nearly packed for his trip. He keeps luggage half-packed in a closet at home, ready to leave on a moment's notice. Right now he's waiting for final visa approval from Iran.

He's keeping his fingers crossed that his work, and refugees' suffering, will not be overwhelming.

"I'm hoping this will be short-lived," Pham said, "and that the humanitarian crisis will be minimal."

Jean Hopfensperger is at hopfen@startribune.com. More about RPCV Huy Pham and his work as an Election Observer in Liberia

Read more about RPCV Huy Pham and his work as an Election Observer in Liberia in this article written by Michael Waite for the Friends of Liberia Newsletter at:

"We are rich beyond belief." John Kucij, FOL member speaking of Americans.

I was part of a contingent of thirty observers chosen by The Friends of Liberia, one of the major groups observing presidential elections of Liberia. The elections were an essential part of the process ending the seven year civil war in Liberia.

Half of my time in Liberia was spent in the capital, Monrovia. Monrovia was a shell. The nicest buildings had been torched and many offices had squatters living in them. You could not send or receive mail in or out of country. The electrical generation plant had been destroyed. There were no traffic signals, and driving in Monrovia was eery at night as it was so dark.

The other half of my time was spent in Tapeta, one of the more remote sites. The bonus for me was that Tapeta was where I had been a Peace Corps volunteer 22 years ago. I had not been back to Liberia since then. I traveled there with Huy Pham, a fisheries volunteer in the mid eighties, and our Liberian driver, Samuel Sahn.

The trip to Tapeta was an experience in itself. It was rainy season and the last 65 miles of our trip was on unsurfaced roads that had not been maintained the last seven years. It took us four hours to drive that 65 miles with a good four wheel drive vehicle.

During the week before the elections we drove to a number of villages to check the polling sites and meet with election, and town officials.

The day of the election we were awakened at 4:00 in the morning by neighbors preparing to go to the election. We arrived at our first village before the polls opened at 7:00. When we got there we witnessed what every other election observer around the country saw. Long lines of people at each polling site. Voting rates were 90 % + of those registered.

The election experience was moving and the comparison between elections in Liberia and the US is stark. The people at the front of the lines had been there since before 4:00 in the morning. Everyone walked, some for miles. Many were dressed up for the occasion even though it was rainy season and the line was outdoors. There was no apathy. No excuses why voting didn't matter or was a waste of time. To a people denied democracy for 10 years, voting was treated with great respect. If we in America showed the same appreciation for just one election I'm convinced there would be major changes here.

The winner of the elections was Charles Taylor, the most prominent warlord. He won by 72% in the country and 99% in the Tapeta area. Taylor now has a huge task of rebuilding a country. Will he be a "Mandela or a Mobuto." Let's hope he chooses the former.
Click on a link below for more stories on PCOL

This story has been posted in the following forums: : Headlines; Service; COS - Liberia; War in Iraq; Refugee Relief

My Name is Jaimie Potts, I go to Riverside Public School, in Huntsville, Ontario. Students from my class are making a Remembrance Day video; to present to our school on November 11.

The video will construct of pictures off of the internet, that will be played to the song “On A Beach In France” by Katherine Wheatly. We are requesting your permission to use pictures off of your web site.

Thank-you for your time.