An Interview with Kathleen Stephens 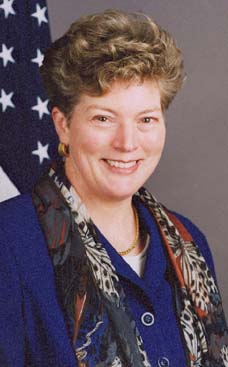 "In the 70s there were almost no Koreans studying in the United States, and few had ever seen an American. I was the only American in Yesan at that time. Koreans had almost no experience of America. Now not just from Seoul but from Yesan, Gwangju, and everywhere, many Koreans are studying in America. The human relationship between our two countries has grown quite deep. Korea may have once been ‘a frog in a well’, but that’s not true anymore. I think this is the biggest difference." Kathleen Stephens, appointed US Ambassador to South Korea, served as a Peace Corps volunteer in Korea.

An Interview with Kathleen Stephens

As soon as I asked Ambassador Kathleen Stephens “what’s the secret to your apparently being the most popular American ambassador in history?” her face brightened. “Koreans look positively on how I try to speak Korean and what I’ve learned about Korea, and I’m touched by that. I think all that has been a big help to me in quickly getting adjusted.”

Once we finished the weighty policy questions and moved into questions of personal interest, Ambassador Stephens talked brightly in her fluent Korean. I asked her what grade she would give herself on her Korean ability and she humbly replied, in Korean, “it’s enough. A C in politics, or economics, or social issues. My ability to understand is a little better than my ability to speak.”

-Do you have any funny stories of learning Korean? What were the difficult points?

“Korean is really difficult. Even talking with a child is tough. When we foreigners study Korean we always study polite speech. So I speak that way even with children, and never in the familiar level.”

-Korean society is still quite conservative and male-oriented, so do you encounter any difficulties as the first woman ambassador?

“On Korean society, I’m learning how fast Korean society changes. I’m 55. The society I came up in was male-oriented. (Laughs) I’ve had a lot of experience with male-dominated societies so I’m used to it. Obviously when women go to work in a male-dominated field they are harshly scrutinized and get ordered around, but I can deal with it now.”

-How do you see yourself, both as an individual and as a diplomat?

“Tough and direct. (Laughs) When I was in college I got this advice from a professor. ‘If you want to learn about a foreign country, eat their food and study their language’, he said. I think diplomats have to be better at listening than speaking, be people who try to understand, and be good communicators.”

-How did you become the ambassador to Korea? Was it ever your goal?

“There is a very special relationship between Korea and America, one capable of opening a new horizon. We are working to put forth our agenda. We are also working to bring closer the day when the people of North Korea are able to properly join the 21st century.”

-Koreans did not choose to be divided. It was done by foreign powers, and Koreans resisted. How do you feel about the prospects for unification?

“I think the division of Korea was the 20th century’s most painful and tragic accident. I hope there will eventually be a reunification. I believe in change because of my experiences in Korea and because I saw the end of the Cold War in Europe. I believe change will also come to the Korean peninsula. We now have a president who believes in change, don’t we?”

On her long ties to Korea, which began when she came to teach English with the Peace Corps 33 years ago, she said, “it could be luck or it could be fate.”

-Why do you think you have had such a singular relationship with Korea?

“I’m very interested in East Asia, because when I was in college America was involved in Vietnam. When I was 18, a junior in college, I went to Hong Kong, and participated in the Peace Corps in Korea. My connection to Korea could be luck, or it could be fate.”

-Did you participate in antiwar activities in college?

“I grew up in Arizona, a very conservative area. I didn’t do anything particularly antiwar. My older brother, my uncle, and my friends went to the war. It really fractured American society and plunged America’s role in the world into confusion.”

-When you compare to the Korea you first arrived in 30 years ago, what do you think has been the biggest change?

“In the 70s there were almost no Koreans studying in the United States, and few had ever seen an American. I was the only American in Yesan at that time. Koreans had almost no experience of America. Now not just from Seoul but from Yesan, Gwangju, and everywhere, many Koreans are studying in America. The human relationship between our two countries has grown quite deep. Korea may have once been ‘a frog in a well’, but that’s not true anymore. I think this is the biggest difference.”

-You’ve been a diplomatic specialist for over 30 years. Why did you become a diplomat? Do you have something you want to accomplish as a diplomat?

“While studying Asia and learning Chinese and Korean, I came to believe that America’s future is tightly connected to Asia. I came to have a deep personal interest in the region, and I think it is a very fascinating, interesting place. I wanted to help my country as a diplomat, and I wanted to be of service to America’s role in bringing peace to the world and offering greater opportunity to all.”

-I’m curious if you talk about Korea with your son James. Is your son interested in Korea?

“James has a lot of interest in Korea, and has a lot of friends who are Koreans or of Korean descent. When he was going to high school in Annandale, Virginia (where many Koreans live) he often ate Korean food in the Koreatown and wanted to study Korean. But he can’t speak Korean. He can read hangul.”

Her son attends university in the United States, so her family in Korea is her two dogs.

-When you stop being so busy, how will you spend your retirement?

“I have my two dogs, so I’ll spend my retirement with them. When I was in America a few years ago I heard about their breed, and bought them through the internet when I came to Korea.”

-What Korean food do you most enjoy?

“I like everything so much. It’s hard to choose just one. Yesterday I went to a breakdancing show and had samgyetang. It was really good.”

This story has been posted in the following forums: : Headlines; Stephens; Figures; COS - Korea; Diplomacy