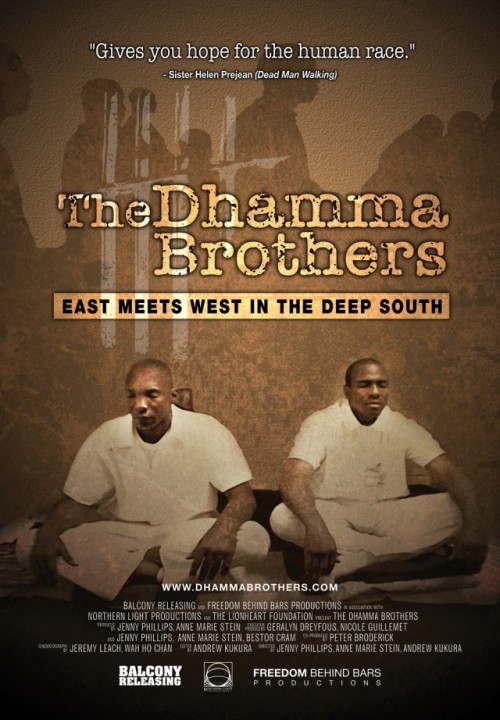 "I had had many adventures as a nurse in an Eskimo village in Labrador, and in the Peace Corps in the mountains of southern Africa. Yet, as I placed the phone call to the prison volunteer association, I had no idea that I was about to enter the most powerful, life-changing experience of my life. I always thought of myself as a healer for others in need. I now realize I had much to learn about myself. And prison was to become my classroom."

In my travels around the Boston area, I frequently pass a place in which a shocking murder occurred. I think about how the victim -- a promising young woman who happened to be in the wrong place at the wrong time -- must have felt knowing she was about to die. I think about her final seconds of life as she struggled for survival.

This crime preys on my mind and disturbs my solace. Still, it hasn't stopped me from working with prisoners in a maximum-security prison, meeting with men who have at times committed violent crimes and are trying to understand what they did and why.

I can picture one prisoner who showed up faithfully for our group meetings, speaking at first in a guarded manner and then more openly about his childhood. He always did more than was asked, as if this might be his only opportunity to discover the truth about his past, and to benefit from the opportunity to deeply understand his personal story and for others to hear him talk about it.

His story is what hit me hardest. I learned that he had murdered that young woman.

I was badly shaken. Overcome with a rush of strong and conflicting emotions, I felt I could never return to the prison group. But, as I struggled to understand myself, I concluded that I had to go back and face my fears. I am so glad I did. I now saw this story through another lens, and I now knew that damaged and lost prisoner who was working courageously to face his past, his own experiences as a victim of violence as a child -- and the horrendous crime he had committed.

My discovery of this complicated and emotional prison world came over a dozen years ago when I found a distant, foreign land down the street from my home and safe neighborhood: A medium-security prison in Concord, Massachusetts. The prison sits on the edge of a traffic rotary that I had been circling for many years. I wavered between a lack of curiosity about what was happening behind the walls, and, at times, a sense of fear about the people locked inside. Who were they and what had they done?

I clearly remember a hot summer day when I read a newspaper article in the town paper asking for volunteers to work with prisoners. I immediately responded, thinking that I could now use my professional skills as an anthropologist and psychiatric nurse. I wanted to be helpful.

I had had many adventures as a nurse in an Eskimo village in Labrador, and in the Peace Corps in the mountains of southern Africa. Yet, as I placed the phone call to the prison volunteer association, I had no idea that I was about to enter the most powerful, life-changing experience of my life. I always thought of myself as a healer for others in need. I now realize I had much to learn about myself. And prison was to become my classroom.

Life in prison is filled with danger, deprivation, and a pervasive sense of loss. There is a predominant gladiator lifestyle that attracts many to public displays of manhood and prowess. Yet, among many prisoners, there is a yearning to construct a more meaningful existence. Away from the distractions and physical trappings of the outside world, prisoners are in a setting that is potentially conducive to deep reflection and the development of self-awareness, self-understanding and compassion. Prison treatment programs typically offer guidelines for shaping prisoners' behavior and changing their thinking, but stop well short of providing them the safety, support and skills to reflect upon their emotions, their addictions, childhood histories, and crimes.

I had been teaching meditation in prisons for several years when I heard that a large and growing number of prisoners were learning to meditate in a maximum-security prison outside Birmingham, Alabama. When the prison psychologist, Dr. Ron Cavanaugh, invited me to visit and to interview some of the meditating prisoners, I immediately packed my tape recorder and flew down.

That visit and the stories that I heard while there set my course over the next 10 years. Soon after that first trip to Alabama, I became aware of a meditation practice, Vipassana, which is taught in centers around the world and contains the elements that I felt were most needed in an effective prison program: the opportunity and techniques for significant introspection in a safe and supported environment. With collaboration among Ron Cavanaugh, the Alabama Department of Corrections, and a Vipassana center in Shelburne Falls, Massachusetts, a Vipassana program, based on the 2600-year-old teachings of the Buddha, was brought into this Alabama prison.

After witnessing the powerful convergence of an overcrowded, understaffed, maximum-security prison -- considered the end of the line in the Alabama correctional system -- and an ancient, intensive meditation program, I realized that this story needed to be documented, and could only be fully told through film. The Dhamma Brothers documentary film tells a dramatic tale of human potential and personal transformation as it follows the prisoners on their journey inside.

Since its theatrical release in 2008, The Dhamma Brothers has galvanized audiences, won awards, and received positive reviews. In the words of U.S. Congressman John Lewis, "The Dhamma Brothers have taken their own passage to India and discovered a practice of meditation that guides them down their inner path to freedom".


When this story was posted in September 2009, this was on the front page of PCOL:

This story has been posted in the following forums: : Headlines; COS - Lesotho; Documentaries; Anthropology; Meditation; Prisons