Peace Corps Director Aaron S. Williams is saddened to announce the death of Peace Corps volunteer Joseph Chow in Tanzania. Joseph died in a rock climbing accident near the village of Mbuji in the Ruvuma region in the southern part of Tanzania.

Peace Corps Director Aaron S. Williams is saddened to announce the death of Peace Corps volunteer Joseph Chow in Tanzania. Joseph died in a rock climbing accident near the village of Mbuji in the Ruvuma region in the southern part of Tanzania.

"Joseph was active, creative and charming. He was always ready to lend a helping hand, to work and play, and to contribute to his community. His sudden passing is terribly painful for the entire Peace Corps family, including Joseph's students, whose lives were changed by Joseph's passion for teaching," said Director Williams. "Our thoughts go out to his family and friends around the world."

Joseph, 23, a native of Scarsdale, New York, had been serving as an education volunteer in the Ndanda Secondary School. He was scheduled to complete his Peace Corps service in November 2009. 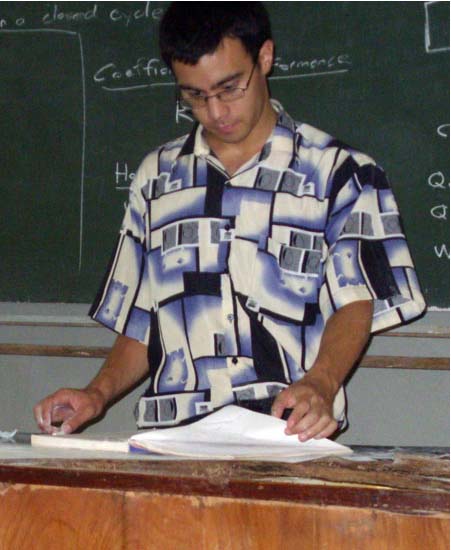 After graduating from Amherst College in 2007, Joseph was invited to serve in Peace Corps/Kenya as a math and science teacher and arrived for his pre-service training in September 2007. He was sworn in as a volunteer in November and placed in the village of Ndalat to teach chemistry and physics at St. Clement Secondary School. Following the suspension of the Peace Corps/Kenya program in early 2008, Joseph volunteered to transfer to Tanzania to continue his service as an education volunteer. In February 2008, he began teaching college preparatory chemistry at Ndanda Secondary School in the Mtwara region of southern Tanzania.

Joseph always put his students first. Although he was assigned to teach advanced chemistry as his only subject, Joseph recognized his students' desire to study math and physics. Because few teachers taught those subjects, Joseph added advanced physics and math to his teaching schedule.

Raising HIV/AIDS awareness was another project that benefited from Joseph's work ethic and commitment to his community. Joseph started an after-school health club with his students, organized community HIV testing and counseling, and developed both a 5 km race and a community theater program that raised HIV/AIDS awareness in his area. The events were successful and brought more than 400 students from several regional schools together.

In his 2007 Peace Corps aspiration statement, Joseph wrote that one of the reasons he decided to serve with Peace Corps was because he had never spent a long period of time in a different culture. He hoped to meet the challenges of teaching in a classroom in Africa and understood that the work he faced would be much more difficult than any work he had previously accomplished.

Joseph not only adapted to his new surroundings, he flourished.


When this story was posted in September 2009, this was on the front page of PCOL:

This story has been posted in the following forums: : Headlines; COS - Tanzania; Obituaries; Fallen