Kevin Quigley writes: Now is the Time to Realize the Promise of the Peace Corps 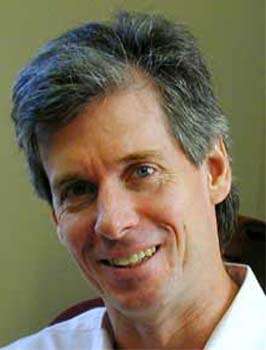 "With the benefit of nearly five decades, we can now see that the Peace Corps is the clearest expression of President Kennedy's call for a new global vision. And that vision resonates deeply today. So, now is the time to expand and enhance the Peace Corps. And although there may be miles and miles to go in the urgent journey to a more peaceful and prosperous world, International Volunteer Day is the perfect day to dedicate ourselves to beginning this journey anew."

Kevin Quigley writes: Now is the Time to Realize the Promise of the Peace Corps

As we celebrate the Peace Corps heading into its 50th year and honor International Volunteer Day this Sunday, we must also recognize that despite significant contributions by more than 200,000 who have served as volunteers in 139 nations, we haven't done enough.

When President John F. Kennedy first proposed the idea of the Peace Corps, he had in mind a service whose ranks would swell to 100,000 volunteers each year. But Peace Corps never fielded more than 16,000 volunteers. President George W. Bush's pledge in his 2002 State of the Union address to double the number of Peace Corps volunteers to 14,000 never came to pass. And although President Obama's pledge to increase the Corps led to an increase of 1,000 volunteers this year -- the highest level in 40 years -- the current corps of 8,600 volunteers is still woefully short of Kennedy's goal.

With its modest resources, the Peace Corps has a proud record -- perhaps unequalled by any other international development or cultural exchange organization of its size. As a consequence, demand for the Peace Corps continues to grow. While the program is now active in 76 countries, more than 20 others have requested Peace Corps programs for which Congress has not authorized sufficient funds. There is also growing desire by Americans young -- and young at heart -- to serve in the Peace Corps or some other form of national service. To be fair, some of this has been fueled by the recent economic downturn, but much of it has been inspired by another young president's call to service.

Looking at Peace Corps' first half century and considering its future course, three things are clear: 1) Our country needs Peace Corps more than ever; 2) We need to significantly bolster funds from the $400 million in FY 2010 to at least $500 million in FY 2012, and; 3) Returned Peace Corps volunteers must do more to respond to the call to service, especially by continually and more systematically sharing what we learned with other Americans in ways that strengthen our country's engagement with the rest of the world.

A famous series of 1960s-era portraits by Norman Rockwell dramatically reflects the many roles played by Peace Corps volunteers: a science teacher in India, a community development worker in Colombia, and an agriculture extension agent in Ethiopia. Although the Peace Corps' mission and goals have been constant, its roles have shifted over time. While much is similar, much has changed.

In the 1960s, many volunteers worked on rural public works; since the 1990s, many have worked with small businesses. As in the early days of the Peace Corps, education continues to be the largest and most important Peace Corps sector: strengthening the educational infrastructure, writing curriculum and training new teachers. But the Peace Corps' role pales in comparison to that of the World Bank or the U.S. Agency for International Development.

Instead, the Peace Corps' most dramatic and compelling educational impacts are with individuals. Most are untold stories, but a few stand out, for example: Peru's former president, Alejandro Toledo, tells us that as a poor shoeshine boy he would never have left his rural home, attended U.S. schools and returned home to become president without the support and encouragement of two volunteers, Joel Meister and Nancy Deeds.

Peace Corps volunteers also continue to work on health issues. The emphasis has shifted from access to potable water, nutrition and sanitation to combating HIV/AIDS. Reflecting this, two country programs-Botswana and Swaziland-are exclusively committed to HIV/AIDS.

On International Volunteer Day and in this golden anniversary year, we must rekindle President Kennedy's founding vision. But effectively building a lasting peace and global prosperity requires new thinking, new approaches and a renewed commitment by all of us.

The challenge is clear. A Pew Global Attitude Survey report showed that overseas perceptions of the United States continue to decline. Given that, the need for the Peace Corps couldn't be greater. The agency known as "the best face of America overseas" is one of our nation's most cost-effective means of international engagement.

In the 20th century's most famous call to action, President Kennedy challenged us by saying, "... ask not what your country can do for you: ask what you can do for your country..." However, it is the next line in his 1961 inaugural address that best reflects his boldest vision that directly connects to the Peace Corps: "Citizens of the world ask not what America can do for you ... but what together we can do for the freedom of man."

With the benefit of nearly five decades, we can now see that the Peace Corps is the clearest expression of President Kennedy's call for a new global vision. And that vision resonates deeply today. So, now is the time to expand and enhance the Peace Corps. And although there may be miles and miles to go in the urgent journey to a more peaceful and prosperous world, International Volunteer Day is the perfect day to dedicate ourselves to beginning this journey anew.

This story has been posted in the following forums: : Headlines; COS - Thailand; Speaking Out; Expansion; NPCA