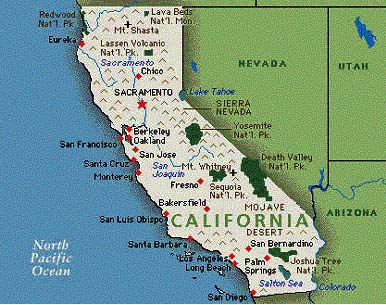 "Before I became a teacher, I worked as a teaching assistant in special ed, grades 1-8. I experienced firsthand the incredible challenges these families face. A major reason I ran for school board in 2008 was outrage at the autocratic way district administrators were treating special ed families. Today the district would still be imposing gag orders on special ed parents if the City Council had not withheld a $530,000 grant until the district stopped the practice. Special ed parents tell me that, even without the gag orders, the culture of confrontation and litigation remains for many families. This is absolutely unacceptable."

October 13, 2010 -- The Lookout Staff submitted questionnaires to the 23 candidates running for seats on the City Council and Board of Education. The candidates were given the same timeframe to answer the questions and were limited to 150 words per answer.

Name: Chris Bley
Running for: Board of Education
Status: Challenger

Why are you running for office and why should residents vote for you?
My whole life has been about education-first, of course, my own. I attended Santa Monica public schools for 10 years, graduating in 1991 from Samohi. The education I received from SMMUSD is the basis for every success I have had in life. I want to make sure present and future students benefit as much or more than I did.

After graduating from Colorado State University, I served two years in the Peace Corps, teaching English to middle-schoolers in Romania. For the past 10 years I have taught United States History and Government at a Los Angeles high school.

Why vote for me? I will continue studying the SMMUSD budget to identify cuts that won't diminish the superior education our students receive. I will also listen and answer to parents, students, teachers, and the community. I will have at least two meetings a month with groups to discuss educational issues.

Do you have any children attending SMMUSD schools or who graduated from SMMUSD schools? What has your specific involvement been with the school district?
I don't have any children, but if I did, they would be attending Santa Monica schools. Besides being an alumnus of the district, I have served Santa Monica students as an assistant coach for AYSO and Little League. I also sat on the board of the Pico Youth and Family Center.

I ran for SMMUSD School Board in 2008, received 21,000 votes but lost by 870. I have lived in Santa Monica almost my whole life, so I know how much this community values its schools and what high standards we have for them. I have supported every parcel tax and bond measure as well as this summer's Save Our Schools campaign.

How would you rate the current Board of Education? What particular decisions stand out for you that made you form that opinion?
Everyone on the board wants to provide a good education. But current board members don't seem fully engaged in the task. Usually they just accept whatever the superintendent and his staff present. Last year the board voted on 128 major items; 94% of those votes were unanimously affirmative.

In a year when the board eliminated 58 teachers, reading specialists, librarians, counselors, and nurses, nobody asked why funds budgeted for administrative expenses increased by 4.5%.

This board doesn't like to discuss difficult topics publicly. Last December Superintendent Cuneo cited a nonexistent board policy to shut down discussion of an issue community members had placed on the agenda. Except for Oscar de la Torre, the entire board-surely aware that California's open meeting law allowed discussion-sat there agreeing with the superintendent.

Six of these board members approved a severance agreement that prohibited the departing financial officer from publicly discussing district finances.

What would you as a member of the Board of Education do to get the District through these tough economic times?
I will keep budget cuts away from the classroom. Since July I've been using a program on the California Department of Education website to compare the SMMUSD budget with those of similar districts, particularly Las Virgenes Unified. I found many non-classroom areas where our district spends much more than LVUSD:

Coincidentally, $4.7 million would pay for about 58 teachers.

Two board members have now implied-but not shown-that these numbers aren't comparable due to different accounting procedures. I don't have access to that kind of budget detail, but accounting procedures are not going to explain away $4.7 million. Why would the Department of Education have the feature on its website if the comparisons were not meaningful?

How would you rate the current status of the District's special education department? Are there still improvements that must be made?
Before I became a teacher, I worked as a teaching assistant in special ed, grades 1-8. I experienced firsthand the incredible challenges these families face. A major reason I ran for school board in 2008 was outrage at the autocratic way district administrators were treating special ed families. Today the district would still be imposing gag orders on special ed parents if the City Council had not withheld a $530,000 grant until the district stopped the practice. Special ed parents tell me that, even without the gag orders, the culture of confrontation and litigation remains for many families. This is absolutely unacceptable.

The more successful in-house programs we develop, such as the Pine Street preschool, the fewer parent/district disagreements there will be over outside services. It saves money too: Last year $140,000 was allocated for outside services for Pine Street students, and none of it had to be spent.

The Board of Education will be selecting a person to replace Superintendent Tim Cuneo, who is retiring in June. What are the qualities you want for a new superintendent?
Continuing from the last question, a new superintendent, along with new board members, can set a new tone for special ed-one of collaboration to do the very best the district can do to educate these, our most vulnerable students.

I will also be looking for a superintendent who understands that he works for the board, not vice versa. I want someone who intends to become a part of the community-not just stop here for a few years. A candidate who already knows our district, more of a known quantity, would be attractive to me.

Most importantly, I want a superintendent who will insist on a student-focused budget, since students are the ones is a school district is meant to serve.

If elected, what are your ideas for closing the achievement gap in the SMMUSD?
The most basic way to narrow the achievement gap is to keep as many teachers, reading specialists, librarians, counselors, and nurses as possible (see my answer to the budget question). Students struggling academically need smaller class sizes and depend on specialists, counselors, and nurses more than most students do. The same is true for music teachers, since many low-achieving students' parents cannot afford music lessons.

Intervention programs such as tutoring are crucial to this effort. Right now the district's Equity Fund, created by requiring fund-raising groups to pay up to 15% of what they raise to the district, finances these programs. I support hiring a Director of Development to raise funds for intervention and other programs. Fairfax High School, which has 80% low-income students, has a Director of Development who has raised millions of dollars over the past few years. Then we could do away with the Equity Fund.

What is the greatest book ever written?
George Orwell's 1984. I first read it as a Samohi student, and I still have the book. It's my favorite because it shows the value of the freedoms we have in this country, especially freedom of speech.

This story has been posted in the following forums: : Headlines; COS - Romania; Politics; Education