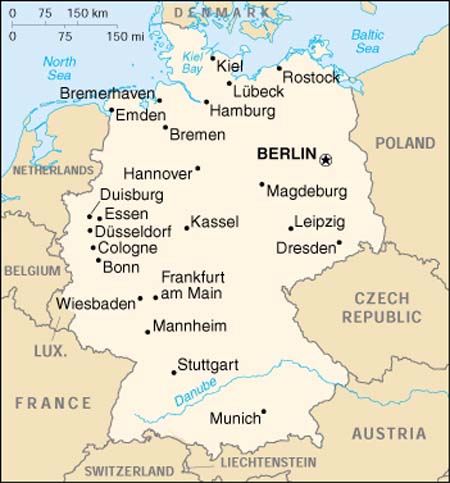 Read and comment on this story from the Deutsche Welle on the 40th anniversary of the German Peace Corps. The German Development Service (DED) has placed over more than 10,000 development workers in 40 countries around the world and has about 1,000 volunteers overseas at any one time. Modeled after the US Peace Corps there are some interesting differences in its form of governance.

Rather than being a government agency like the US Peace Corps, the DED has the legal form of a non-profit, limited liability company owned jointly by the Federal Republic of Germany and the working group "Learning and Helping Overseas." The DED is financed by the federal budget. The DED's supreme decision-making body is the Shareholders' Meeting. The Shareholders' Meeting appoints the Administrative Council whose members include the Federal Government, the "Learning and Helping Overseas" working group, representatives of political parties and public life, development workers and permanent staff. The Administrative Council determines the overall guidelines and principles for the work of the DED.

In the past, some RPCVs have proposed a similar governance structure for the US Peace Corps to ensure Peace Corps' independence and to provide for representation of RPCVs in setting policy for the agency. Read the story at:

The Deutsche Entwicklungsdienst has projects throughout Africa, South America and Asia.

As Germany's largest foreign development aid agency, the Deutsche Entwicklungsdienst (DED) celebrates four decades of existence on Tuesday, Berlin has promised to keep the funds flowing so it can keep up the good work.

Founded on June 24, 1963, the Deutsche Entwicklungsdienst (DED) was modeled on the American Peace Corps, itself born out of U.S. President John F. Kennedy's idea to create a voluntary service for young people to help abroad.

On Tuesday, the DED observed its 40th anniversary in the presence of German President Johannes Rau, the Minister for Development Heidemarie Wieczorek-Zeul and several foreign dignitaries in Bonn. It was a happy occasion for an organization that over the years has sent more than 13,000 development aid workers to more than fifty countries in Africa, Asia and Latin America

“The DED has played a very important role in making globalization more just,” said Wieczorek-Zeul in a speech to around 500 guests.

Though helping to improve the economic and social welfare of the developing world is certainly reason enough to celebrate, the DED can also be pleased Wieczorek-Zeul and German Finance Minister Hans Eichel on Monday agreed not to skimp on development aid, despite budget cuts at most of the other federal ministries.

With this year's development budget of nearly €85 million ($98 million), the DED currently has the means to keep more than 1,000 aid workers in 45 countries worldwide. Wieczorek-Zeul said budget cuts at the Development Ministry’s expense could make it difficult for Germany to uphold its international commitments. Germany last year pledged with other nations at the UN summit in Johannesburg last year to try and halve world poverty by the year 2015.

The DED has come a long way from when Kennedy attended the official ceremony founding the organization 40 years ago. Back then the DED sent around 100 specialists, including mechanics, farmers, engineers, nurses and doctors to Libya, Tanzania and Chile.

But the face of the agency has evolved over the years. According to DED director Jürgen Wilhelm, it is no longer simply a case of sending skilled laborers overseas.

"We have an increasing number of academic aid workers, either from commercial, administrative or social science backgrounds. We also have lawyers working for our civil peace agency, who help to find missing persons in Latin America, or who have administrative experience," Wilhelm told Deutsche Welle.

These days some 75 percent of all DED volunteers are university graduates, not only from Germany but from countries across the European Union, and the average age has risen from 25 in 1973 around 40 these days.

At the start of 2003, the DED also dedicated its jubilee year to an initiative dubbed 'Development for Peace'. Development Minister Wieczorek-Zeul said the undertaking highlighted how the DED’s mission had extended beyond just battling poverty.

"Of course the fight against poverty is fundamental, as is allowing people to develop themselves. But we have also, through the DED created the civil peace agency, which also requires its workers to actively stimulate peace, perhaps by means of mediation in a local conflict, or by the non-violent solution to a conflict," she said.

Despite all the changes over the past four decades, the ethos behind the DED has remained the same. At the core of the organization’s philosophy is still the aim to help people to help themselves.

More about the German Peace Corps

Read more about the German Peace Corps at:

The German Development Service (DED) is the development service of the Federal Republic of Germany for personnel cooperation. It was founded in 1963 and since then more than 10 000 development workers have committed themselves to improving the living conditions of people in Africa, Asia and Latin America. Almost 1 000 development workers are currently working in approximately 40 countries.

The DED has the following tasks:

It places professionally experienced and socially committed specialists at the disposal of developing countries.

It promotes understanding for the situation of people in developing countries among the German public and draws attention to questions concerning the common interests and problems of the One World.

The DED has no projects of it own, but reacts at the request of partner organizations in the host countries. The projects which the DED supports in the developing countries are organized according to fields of cooperation: training in technical skills and trades; agriculture, forestry and natural resources management; health; general education; building and housing development; community development; small businesses, management and administration.

The DED maintains offices in the host countries, generally in the capital. They are run by field directors who represent the DED vis-à-vis local partners and supervise the DED programmes in these countries.

The DED has the legal form of a non-profit-making, limited liability company owned jointly by the Federal Republic of Germany, represented by the Federal Minister for Economic Cooperation and Development, and the working group "Learning and Helping Overseas", a registered association. The DED is financed by the federal budget.

The ded's supreme decision-making body is the Shareholders' Meeting. The latter appoints the Administrative Council whose members include, apart from the Federal Government and the working group "Learning and Helping Overseas", representants of political parties and public life, the development workers and permanent staff. The Administrative Council determines the overall guidelines and principles for the work of the ded.

The DED's management is the supreme executive organ.
Click on a link below for more stories on PCOL

This story has been posted in the following forums: : Headlines; Germany; International Peace Corps

Message: Eberhard Herbst, who was from Hannover, Germany, and was born about 1941-42, served in your organization between 1967-1973 in Kabul, Afghanistan. He and I were once very close friends but lost touch about 1973 while he was on a holiday in India. The last communication I received from Eberhard Herbst was a postcard sent from New Delhi dated December 1973.

Thanks So Much,
Laura DePaulo Vaidya

I am trying to make contact with a former German Peace Corp. His name is Peter Brueur. He taught in a secondary vocational school in Ipoh, Perak, Malaysia together with me in the seventies/eighties. I shall by much obliged if your agency can try to trace him for me and forward my email address to him. Thank you.

I am trying to contact a former German Peace Corp by the name of Peter Brueur. He taught in a vocational school in Ipoh, Perak, Malaysia in the seventies or eighties

I just signed up for the peace corps about 6 weeks ago in germany.

I would like to make contact with Hans Karl Bluemenhoffer from Stammham,Munich.He taught in the Vocational School in Kuantan between 1970-1972.He must be abt 60yrs old now,if someone knows his whereabouts,I would be much obliged.Thank You.Kuantan is in Malaysia