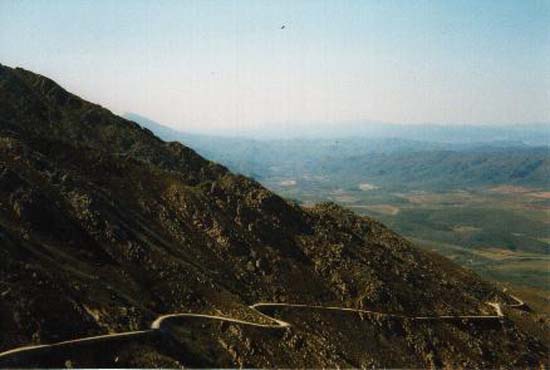 Before political friction waxes too hot in this election year, there's at least one Clinton proposal Republicans and Democrats should agree on. That's the president's request for a relatively modest ($48 million) increase in the Peace Corps budget.

In the interest of full disclosure, we should note that this newspaper was one of the very first backers of the peace corps idea. In 1958, when Wisconsin Congressman Henry Reuss first floated the concept of a "youth corps" to help less fortunate communities overseas, we enthusiastically pushed the idea.

Sens. Hubert Humphrey, John F. Kennedy, and Lyndon Johnson all ran with the concept in the 1960 presidential race. And, shortly after Kennedy's inauguration in 1961, the Peace Corps was officially born. Some 15,000 young volunteers enlisted to teach school in Africa, dig wells in India, build huts and latrines, explain new hybrid seeds and fertilizers - and, in the process, learn a lot about their hosts and the world.

The corps has had ups and downs since then. It has added skilled older workers, suffered occasional (mistaken) accusations of spying, fluctuated in size and public attention.

Despite its gestation under noted Democrats, the corps has also flourished under Republican patronage - notably its indefatigable Reagan-era director, Loret Ruppe. But why not? Bipartisan support is natural. It's a government program, but one that thrives on private-sector volunteers, shows American enterprise to the world, and runs on a spare budget.

Speaking of Carter, it's worth noting that his grandson, Jason Carter, was in a group that current corps director Mark Gearan sent off to South Africa last week. Jason's peppery great grandmother, who was known as "Miss Lillian," served as a Peace Corps nurse in India in the late '60s.

The outfit really works for the communities it serves - and for America's reputation - around the globe. Clinton's expansion plan has won backers from both parties. At about 18 additional cents per capita, it's a bargain.

This story has been posted in the following forums: : Headlines; Speaking Out; Expansion