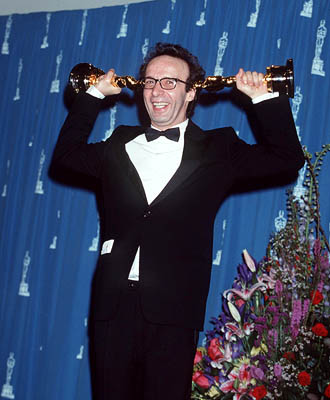 Gaddi H. Vasquez has established the Kennedy Service Awards to honor the hard work and service of two current Peace Corps Volunteers, two returned Peace Corps Volunteers, and two Peace Corps staff members. The award to currently serving volunteers will be based on a demonstration of impact, sustainability, creativity, and catalytic effect. Submit your nominations by December 9.

PCOL Editorial: In the 45 years of the Peace Corps the agency has never found it necessary to judge and compare the contributions of actively serving Peace Corps Volunteers and has no business doing so now. Peace Corps service is not about awards and never should be. The NPCA presents the prestigious Shriver Award but that award was established by RPCVs and is presented to RPCVs for service after the Peace Corps. The decision of a US Government Agency to present an award to the two "best" volunteers should be rescinded. This award is a big mistake and just demonstrates how insulated the current administration is from those who have served.

In celebration of the Peace Corps' 45 th anniversary, Peace Corps Director Gaddi H. Vasquez has established the Kennedy Service Awards to honor the hard work and service of Volunteers, returned Volunteers, and staff.

The Kennedy Service Awards will be given every five years to two current Peace Corps Volunteers, two returned Peace Corps Volunteers, and two Peace Corps staff members. These six recipients will exemplify the Peace Corps' best in furthering the agency's mission and three goals of helping people of interested countries in meeting their need for trained men and women, helping promote a better understanding of Americans on the part of the peoples served, and helping promote a better understanding of other peoples on the part of Americans; and in demonstrating exemplary service and leadership.

Volunteers, returned Volunteers, and staff all contribute to the Peace Corps mission of service through the three goals. The John F. Kennedy Service Awards are an opportunity to recognize a few of the many people who go beyond the call of duty for the Peace Corps, both in the United States and in countries where the Peace Corps serves.

The six awards include:

Anyone can nominate individuals for the above awards. Nominations are accepted through December 9, 2005. Those selected will be honored March 4, 2006, at the 45th anniversary event at the Kennedy Library, Boston, Massachusetts, and featured on the Peace Corps website.

There are three ways to submit your nomination:

3. Complete the questions below and submit online

Nominations must be at most 300 words (about 1 page) in length.

This story has been posted in the following forums: : Headlines; Speaking Out; Awards; Humor

On the proposed Awards -- I agree completely with the PCOL editorial. Who is really to say which of us made a better or more important contribution. Were the 700 plus teachers in Nigeria in the early 60s "better" than community service Volunteers in neighboring countries? We should rather honor those who died in service, or who have died since. Or we should rather look to the life of every volunteer, of each of us, to see what the ripple effect has been since the Peace Corps was established. As to staff, while I appreciated them at the time, know we couldn't have done it without them, theirs is not a public honor to claim. Back then, it was all about supporting the Volunteers and making the program as a whole work. Period. If the agency wishes to honor its own internally, I say go for it. Placques for all. But a public honoring of Peace Corps Volunteers past and present, coming at a time when our all-volunteer Armed Forces are stretched thin and dying, strikes this RPCV as the height of hubris. I firmlly believe that the Peace Corps should continue to be the Peace Corps, and let the laurels rest of the accomplishments of all.

I don't think this is the first time an awards program has been proposed or implemented within the PC agency. When I was a PCV, I know the agency was awarding staff members by region (e.g., EMA). I'm not sure whether PCVs were being singled out for awards, although it would have been even worse to be awarding staff and not PCVs. And what about counterparts?

In any case, that program was terminated, most likley for the same reasons this program will be eventually be terminated ... It is a contradiction to PC's mission, and the 'awards politics' will give rise to resentment (How are the candidates nominated and selected? My guess: those generating the most photo opps and PR potential).

I agree with the above editorial that this awards program should be scrapped altogether.

If the award is viewed as "outstanding volunteer contributions" rather than the "top" volunteers, it would be valuable in providing another point of visibility for Peace Corps. We would rather see that than the publicity provided by drunk slobs writing graffiti on a water tower in Zambia. Methinks your position on the awards is a bit petty.
Les Everett
RPCV Zaire 73-75

Awards? Not in true PC style. Staff Awards? Not at all unless they were PCVs first.
My nomination for staff award: Jacques Wilmore. Hes still in Africa teaching now, and continuing his good works started in Nigeria 1962-5. He was an outstanding leader, and supporter of the PCV, regardless of where or what they were doing. Bright, entheusiastic, caring for all he came into contact. Deserves the Shriver Award, or Freedom Medal. No better AMerican ever walked the earth. jlconrad PCN

PC has ample opportunity (and creativity on board) to publicize and promote PCV contributions as outstanding examples without attaching awards ...

Featuring regional PCV projects that emphasize PCVs and counterparts working together and positioned as examples of the outstanding contributions made by PCVs worldwide would be a far better idea.

I agree with the PCOL editorial: awards for active PCVs are unnecessary and undesirable. Same for staff. RPCV third-goal activities are different and often warrant an award.

every voluteer should be respected ,not feted even those avoiding viet nam did their jobs! pat hartnett ecx 1971-73.viet nam vet 64-66.

It has been my experience that there are people who promote themselves and people who just do a darn good job day in and day out and receive little recognition. Most Peace Corps volunteers I knew were of the latter variety. Let's applaud the accompishments of the many rather than single out a very few for rewards and awards. The point is to promote a community, not a competition.

It's about time to give out the Michael D. Brown FEMA/International Arabian Horse Association Director's Award to Gaddi H. Vasquez.

It is saddening to see the evolution of the Peace Corps toward a judgmental mentality, in the form of the proposed awards, rather than focusing on substance. This is parallel to motivating students with grades, class rankings, or money rather than enjoyment of subject matter or a desire to be useful. It seems to me that the strengths of the Peace Corps are attributable to most PCV's somehow having escaped the standard "go for the gold star" mentality until volunteering. Let's not taint the good work with such artificiality!