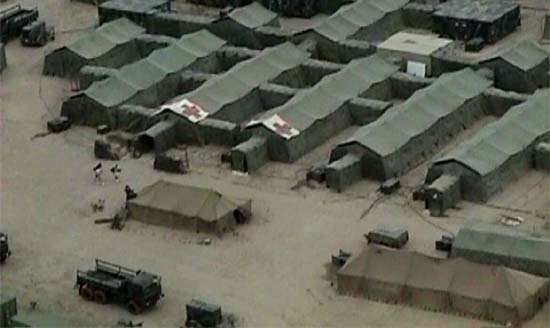 Self-described "military brat" Joanne Marie Roll (RPCV Colombia) says that when the National Call to Service legislation was amended to include Peace Corps in December of 2002, this country had not yet invaded Iraq and was not in prolonged military engagement in the Middle East, as it is now. The soldiers who have been in the military during a time of war will be loaded with intelligence which would be of prime value to terrorists. Once away from the protection that the military, of necessity, provides its members and assigned in Peace Corps sites, unarmed and isolated, they will be vulnerable to being captured.

When the National Call to Service legislation was amended to include Peace Corps, in December of 2002, this country had not yet invaded Iraq and was not in prolonged military engagement in the Middle East, as it is now. The Talliban in Afghanistan had been defeated in a multinational military effort. The military did not look that different from peacetime. Now it is really different.

The soldiers who have been in the military during a time of war, will be loaded with intelligence which would be of prime value to terrorists. Once away from the protection that the military, of necessity, provides its members, and assigned in Peace Corps sites, unarmed and isolated, they will be vulnerable to being captured.

This is some of what soldiers know which would be of value to terrorists: They know how the United States trains soldiers; they know strategies for interacting with civilians; in specific locations, (Iraq, Afghanistan and other countries with a US military presence) they know the names of civilians cooperating, perhaps secretly, with US Forces; they know where weapons are stockpiled; they know contingency plans and they know a whole lot more, which we don't know, because it is secret intelligence. Vasquez's letter on how the soldier/PCVs will be handled by Peace Corps does not say that they could not be assigned to Peace Corps sites in the same country where they served as soldiers. That possibility would increase their intelligence value to terrorists. 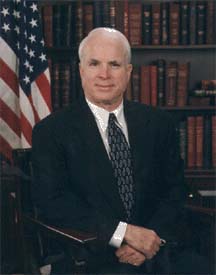 So called "human intelligence" is critical to both sides. Soldier/PCVs would be walking, talking, computer chips. And if they are captured, what is their status? Would they be considered POWS and covered by the Geneva Convention? Or, in the language of Bush, would other countries be free to call these soldier/PCVs, non-uniformed "enemy combatants" and detain them indefinitely and torture them for the information they have?

Senator McCain does not understand how the Peace Corps works. When McCain was a POW, his status was clearly defined and he was, according to his books, sustained by the loyalty and support of his fellow Americans who were imprisoned with him. Even then, he admits to giving in under torture.

To say this is not to diminish his bravery or sacrifice. Richard Starr, a PCV who was captured and held captive for three years in Colombia, did not have any contact with other PCVs and the United States government abandoned him after evidently being able to assure the Colombian government that Starr was not CIA and had not been engaged in any other US governmental activity in country. The US government will NOT be able, honestly, to give such assurances if a soldier/PCV is captured. Plus, Starr didn't know anything. PCVs don't know anything. Soldier/PCVs will know a whole lot.

Those of us who have served our country, either in the Peace Corps or the military, know that the ignorance about these issues of those who have NEVER served is exceeded only by their arrogance. McCain is the exception; but he is a romantic and did not have enough respect for RPCVs to have even consulted them before initiating this legislation. He doesn't have a clue of how and where PCVs work.

This is incredibly stupid policy which will endanger the security of the United States. 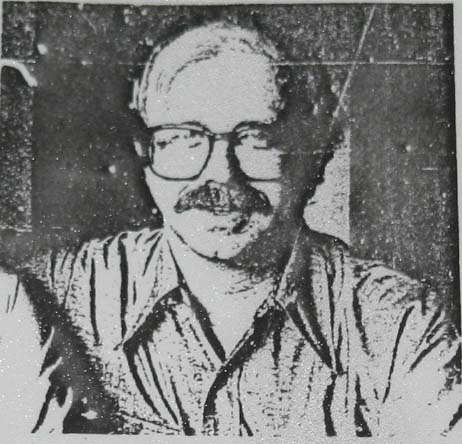 Peace Corps Volunteers don't get medals or battle ribbons. There are no welcome home parades. Nor would any of us want it that way. But the story of one volunteer's three years of captivity as the hostage of a insurrection group in Colombia should be told and his name remembered with honor. He was Richard Starr, Peace Corps Volunteer, Colombia 1976-80. Read Richard Starr's story at:

This story has been posted in the following forums: : Headlines; COS - Colombia; Military; Safety and Security of Volunteers

So if there is a problem of recruiting people into the military - then solve that problem - don't screw up Peace Corps. That just makes two problems.

Maybe it's really about the fact that most Peace Corps volunteers are liberals. What a great way to solve two of our current gov'ts problems. Put liberals at risk deep in the bowels of some remote village, or better yet let them be captured as spies, with no protection as POWs. Then talk about how you've doubled the size of Peace Corps - getting kudos from the unknowing public at large. Brilliant.

I don’t think you could say volunteers are mostly “blue” or “red” or “liberal” or anything else. PC has always been bipartisan. Most of the volunteers I served with weren’t particularly interested in or knowledgeable about politics. They were into pop culture.

Back when I was in high school, there were some students who played something called “the Blanket Game.” Like the Peace Corps legislation introduced by Senator McCain and Senator Bayh, the Blanket Game is played away from adult supervision and in secret. A blanket is placed over someone’s head. Then they are told to “take off something you don’t need.” Of course, it is the blanket they don’t need.

The problem this legislation attempts to solve is the final two years of an eight-year military service requirement. Apparently there is no room in the military--or perhaps in the military budget--for accommodating those in their last two years of service. The legislation presumes the solution to the problem is a make-work program. The plan is to palm them off on unsuspecting foreign nations--although it is probably only a matter of time before those nations begin to suspect and reconsider their relationships with the Peace Corps.

Instead of creating a program like the CCC or WPA, the legislation attempts to use an existing program, the Peace Corps, as a dumping ground for people who are expected to do nothing. No doubt it is more cost effective to pay a volunteer’s survival allowance abroad than the $400 a month the marines get to guard an embassy, or even to reopen some of the bases scheduled for closure as places to warehouse those who need to complete their military time obligation. It would be even cheaper to let them go when they’re not needed.

A long-standing relationship exists between private industry and the military, but no one has suggested a stint at Halliburton as a substitute for military service. This would be more appropriate since the lines between contractors and intelligence have become blurred, as at Abu Gareeb. If Senators McCain and Bayh were really serious, they could even arrange for military personnel to work as senate aides in lieu of military service.

More insidiously, the lines between religion, terrorism and humanitarian aid have become blurred in many parts of the world. If the West thinks it is all right to torture X number of capturees at Guantanamo in hopes of finding even one terrorist with real information, how long will it take for the rest of the world to get the picture? Even now there are those who are convinced that intelligence services either embed their members in PC or recruit PCV’s during service. Why are in-country staffers so nervous about volunteers visiting the embassy?

So far, no one has proposed the Blanket Game solution. Instead of damaging two vital American institutions, all they have to do is remove the unneeded two-year military requirement.

And while they’re at it, they could remove some red tape from volunteers’ post-service medical treatment and provide RPCV’s with the same level of medical and job benefits the military receives. Then we need to start talking about grave markers, flags on coffins, a place at Arlington for volunteers who die in service….