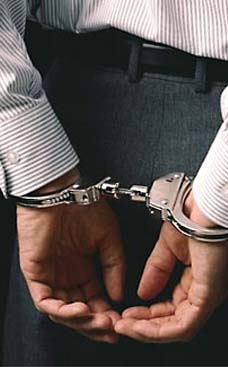 A Santa Cruz man will serve more than four years in prison for sexually abusing a 14-year-old boy while working as a Peace Corps volunteer in Costa Rica.

A U.S. District Court judge handed down the sentence to 39-year-old Timothy Ronald Obert on Monday.

Obert is one of the first people convicted under a four-year-old federal law that seeks to crack down on the child-sex tourism industry.

Obert, who was a Peace Corps volunteer in Costa Rica from September 2001 to July 2003, was arrested at his Santa Cruz home and indicted in June 2004. As part of a plea deal, Obert admitted in February 2006 to one count of having `illicit sexual contact` with the boy while he was in the country as a Peace Corps volunteer working with PANI, the country's child welfare agency.

The indictment alleged Obert performed oral sex on the boy and provided him with money, drugs and alcohol. He faced up to 15 years in prison, a $250,000 fine and a requirement he register as a sex offender.

On Monday, Obert was sentenced to 51 months in federal prison and three years of supervised release.

He will begin serving the time May 15.

Obert's attorney, Paul Meltzer, has said his client met the boy at a bar, not through his volunteer work, and that the sex was consensual. Meltzer could not be reached to comment Thursday.

Obert is the first Peace Corps volunteer prosecuted for sexually assaulting a minor while working in another country.

The two-year investigation began after another Peace Corps volunteer stayed at Obert's apartment in July 2003 and saw the naked teenage boy exit Obert's room in the early-morning hours and reported it to Peace Corps officials. Obert was fired by the Peace Corps.

A federal grand jury indicted Obert under the Protect Act, a 2003 law that tightens enforcement of crimes against children amid the growing industry of child-sex tourism. Obert's prosecution was one of the first that used a federal statute under the Patriot Act that expanded the jurisdiction of the United States to include U.S. personnel on missions in foreign countries.

The Patriot Act charge against Obert was dropped in the plea agreement.

This story has been posted in the following forums: : Headlines; COS - Costa Rica; Crime; Molestation; Sexual Abuse