The Bill and Melinda Gates Foundation is facing an unparalleled challenge: how to give away more money — and do it much faster — than it ever has before 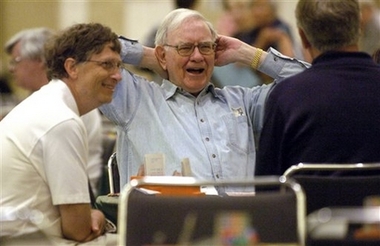 Largely lost in the June announcement of Warren E. Buffett’s gift of $31 billion to the Bill and Melinda Gates Foundation were its terms. For tax reasons, starting in 2009, the foundation must give away every nickel that Mr. Buffett contributed in the previous year. At the current price of the Berkshire Hathaway stock Mr. Buffett will be donating, the foundation will have to distribute $3 billion annually, or a little more than twice what it distributed last year.

PCOL Comment: The Bill and Melinda Gates Foundation says that "preventing the spread of HIV is the most durable long-term solution to the AIDS epidemic, and a top priority for the foundation." Peace Corps Volunteers and Returned Peace Corps Volunteers have been doing just that in AIDS Education for the past 15 years. Why not consider a $100M annual contribution to the Peace Corps to put 2,500 additional volunteers in the field to expand AIDS education?

The Bill and Melinda Gates Foundation is facing an unparalleled challenge: how to give away more money — and do it much faster — than it ever has before

Although it has long been the largest grant-making foundation in the nation, the Bill and Melinda Gates Foundation is facing an unparalleled challenge: how to give away more money — and do it much faster — than it ever has before.

Largely lost in the June announcement of Warren E. Buffett’s gift of $31 billion to the foundation were its terms. For tax reasons, starting in 2009, the foundation must give away every nickel that Mr. Buffett contributed in the previous year.

At the current price of the Berkshire Hathaway stock Mr. Buffett will be donating, the foundation will have to distribute $3 billion annually, or a little more than twice what it distributed last year.

“It’s like having a second child,” said Dr. Helene D. Gayle, who left the foundation this year to become president of CARE USA, the international relief group. “It’s not just twice the amount of work; rather, things change in vastly different ways.”

In the next two years, the foundation plans to double its staff to about 600 people to handle the additional money, said Cheryl Scott, the foundation’s new chief operating officer, and it is building a new headquarters complex in Seattle. “We’re very thankful for the two years he gave us to ramp up,” Ms. Scott said. “I think he understands that you don’t just turn this kind of thing on and off.”

“I’ve been a manager for close to 30 years, and this is a well-run organization,” Ms. Scott added, “but if you put that kind of a load on the current process we have, it’s not going to carry it through.”

The foundation has said it intends to continue to focus its philanthropy on education and global health while adding a new area, global development, to help the poor in third world countries. Before Mr. Buffett’s donation, the Gates Foundation had assets of almost $30 billion.

Dr. Gayle said the foundation’s way of doing business had evolved from its early days, when it believed in giving out a few large grants, rather than many small grants, to avoid building a huge staff and becoming a big institution. Now, she said, it has a more formal, structured process. Increasingly, it creates horse races among potential recipients through requests for proposals, more like a business, Dr. Gayle said. 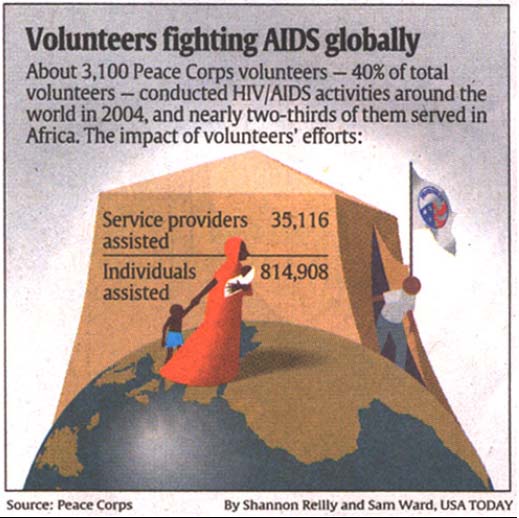 “That takes time and is very hard to do piece by piece, project by project when you’re trying to get that much money out the door,” Dr. Gayle said. “In addition to the traditional approach of requests for proposals for specific projects, they may need to look at ways of giving out money over longer terms and turning to institutions that have the capacity to spend large resources.”

Externally, the immensity of the amount the foundation will have to give away each year is reviving debate about its size and influence.

“One out of every 10 foundation dollars spent is going to have the Gates name on it, and that gives it influence that is impossible to calculate,” said Rick Cohen, executive director of the National Committee for Responsive Philanthropy, a research group.

“And as currently structured, just four people are deciding how to spend all that money,” Mr. Cohen said, referring to Mr. and Mrs. Gates; William Gates Sr., Mr. Gates’s father; and Patty Stonesifer, the foundation’s co-chairwoman and president.

Mr. Cohen and others said the large amount of money also allowed governments and other donors an excuse not to spend their money.

In its 2007 budget proposal, for example, the Bush administration eliminated a $93.5 million program to underwrite the development of smaller schools, specifically citing the increase in support for those schools from “nonfederal funds” from the Gates Foundation and the Carnegie Corporation.

Then there is the issue of accountability. Foundations by and large police themselves because of the paucity of federal and state resources devoted to oversight of the nonprofit sector.

The Gates Foundation goes further than most in revealing its warts. Its Web site acknowledges various missteps and challenges, be they unexpected complications in starting its AIDS-related program in Botswana or problems with its efforts to develop small schools. Its new headquarters will have a visitors’ center, a first for a major foundation.

“There is skepticism about whether a foundation can be a responsible and effective steward of this kind of money,” Ms. Scott said. “For us, it’s a question of teeing up the issue squarely, because it is a real one, and telling the story as fully and openly as we can. We do not want to be a black box.”

Others say the critics’ concerns are overblown because influence can be achieved with even small amounts of money.

“It doesn’t take billions of dollars to influence public policy,” said James Allen Smith, a philanthropic historian at Georgetown University. “It can be done with tens of millions or even a strategically placed few hundred thousand.”

Dr. Smith said that although the Gates Foundation grants were typically many times the amount of an average foundation’s, its donations paled in comparison with spending by government-financed organizations like the National Institutes of Health, which has an annual budget of $29 billion.

“It’s still, in absolute terms, a small amount of money, given the problems we’re working on,” said Raj Shah, who oversees the foundation’s new financial services for the poor and efforts to improve agricultural productivity. Mr. Shah said the foundation’s primary focus was on some 550 million households in the world that survive on less than $2 a day.

Mr. Shah’s responsibilities include a new global development program. It is concerned with making financial and agricultural advances, and water and sanitation improvements for the poor. In Malawi, the foundation has underwritten the purchase of thumbprint readers used in establishing savings accounts for the rural poor.

The new endeavors, which grew out of a 16-month review aimed at determining how to expand the foundation’s operations in ways that complement its work on global health issues, give it new opportunities to spend its money.

Dr. Gayle said the foundation’s work had been evolving in the past year to include broader goals. In reproductive health, for example, it has been moving beyond grants supporting the delivery of services to broader goals like reducing maternal mortality, increasing access to contraception and providing education to girls.

The foundation had begun working toward an expansion more than a year before the Buffett gift was announced. The Gateses have long said they intend to give much of their fortune, pegged at $51 billion by Forbes magazine, to the foundation, and Mr. Gates is ceding day-to-day control of Microsoft to devote himself to foundation work.

This story has been posted in the following forums: : Headlines; Fund Raising; Philanthropy; AIDS