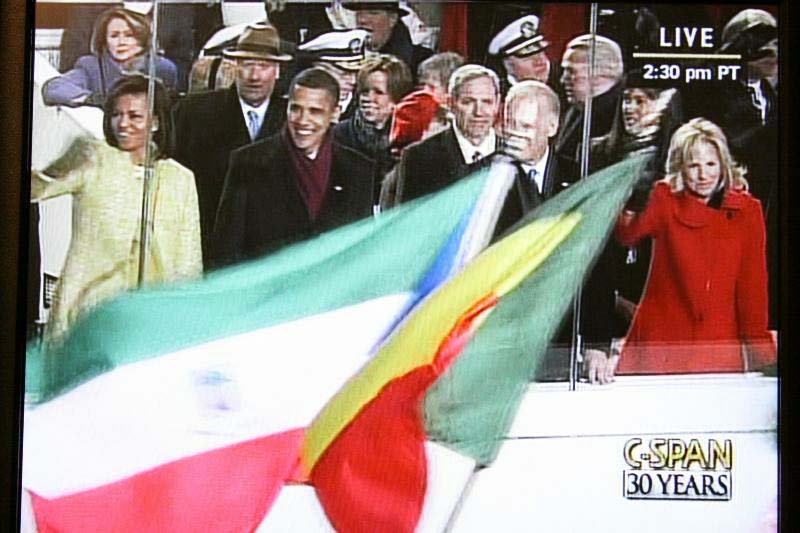 Employment, education, and peace are interlinked.

By Michael Honda and Thomas Petri

Washington - To say that the Peace Corps changed our lives, our perspectives, and now our modus operandi as members of Congress, is a sweeping understatement. Serving in El Salvador and in Somalia respectively, we returned to the United States fundamentally transformed.

The impact was so profound that we are eager to urge every young American to consider serving in the Peace Corps or a domestic equivalent. Aside from the potential personal influence programs such as the Peace Corps can have on the individuals who volunteer, the capacity building is exactly what the world needs during these economic times.

At the crux of this is the concept of service – service to our neighbors, near or far, in desperate need of a helping hand.

This is the ethos that was at the epicenter of Sargent Shriver's work when he became the first director of the Peace Corps, as well as when he founded VISTA (Volunteers in Service to America), the domestic equivalent. The model for these and other service programs is to recruit, train, and fund volunteers to work in local communities, enhancing skills, capacity, and knowledge in the areas such as education, health, business development, environment, youth, and agriculture.

While the Peace Corps is rightly oriented toward helping the global poor in the far reaches of the developing world, here in our own American backyard we have ample service opportunities – especially in the midst of our economic recession.

America is struggling. It ranks highest among developed nations in inequality levels and poverty rates.

Since joblessness often stems from lack of skills and poor education, one way of increasing employment is to better fund capacity-building service programs within high-need, low-income communities. By doing this, we can equip poor populations with the tools needed to better their economic situation.

Increased service in America can simultaneously make our country and global community safer because employment, education, and peace are interlinked. Statistics tell us, for example, that a 1 percent increase in unemployment is accompanied by a 6 percent increase in homicides. They tell us that a 10 percent drop in male enrollment in secondary school increases the risk of violent conflict by roughly 4 percent. And they show that the higher the percentage living in relative poverty, the higher the number of violent offenses.

Now apply these numbers to a city such as Baltimore, with relatively high unemployment and school dropout rates approaching near-pandemic levels. Baltimore maintains one of the lowest secondary school graduation rates in the country, only about 34 percent who enter, graduate. The fact that the city also tops the charts on violent crime with five times the national murder rate, three times the national robbery rate, and nearly three times the national aggravated assault and arson rates, is not lost on city educators and labor departments.

Or apply these numbers to the US security quagmires, such as the tribal regions between Pakistan and Afghanistan, where unemployment rates are staggeringly high, educational enrollment is low, and average income rates are as meager as $15 per month. The violence there, too, is not coincidental.

Shriver understood this dynamic and realized how poverty could benefit from service, which is why he was charged with tackling this nation's first war on poverty. Surmising the serious security threat facing America, internally and externally, Shriver helped organize the Peace Corps, VISTA, and other service-based programs to address poverty here and abroad.

Almost 50 years later, his message is as poignant as ever, which is why Sens. Edward Kennedy and Orrin Hatch are spearheading a bipartisan Serve America Act to bolster volunteerism across the board – from a Clean Energy Service Corps to an Education Corps to a Healthy Futures Corps.

This type of bipartisan effort is exactly what is needed during these economic downturns.

Poverty is not political, nor is the need or call for service. Helping our neighbors through public service, whether on this continent or another, brings a broad spectrum of benefits, from boosted self-esteem to a bolstered sense of security. It serves the greater good of our community and theirs.

Whether it is through the Peace Corps, internationally, or through AmeriCorps, nationally, we who are privileged enough at this point in history to be employed, fed, and sheltered must reach out a helping hand to those without.

This story has been posted in the following forums: : Headlines; Petri; Honda; Speaking Out; Congress; Expansion; Obama