Peru RPCV John McAuliff, Executive Director of the Fund for Reconciliation and Development, hosts reception for Her Excellency Mme. SUN Saphoeun, Under Secretary of State, Ministry of Foreign Affairs and International Cooperation, Kingdom of Cambodia 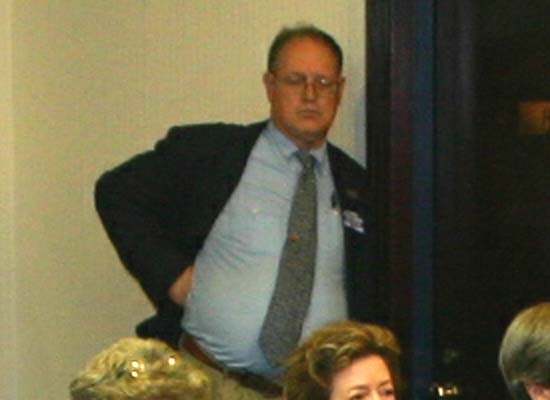 Peru RPCV John McAuliff, Executive Director of the Fund for Reconciliation and Development, hosts reception for Her Excellency Mme. SUN Saphoeun, Under Secretary of State, Ministry of Foreign Affairs and International Cooperation, Kingdom of Cambodia

Under Secretary of State, Ministry of Foreign Affairs and

Hosted by Mr. John McAuliff, Executive Director of the Fund for Reconciliation and Development


I have a great honor and pleasure to be present with you today. My Senior Minister HOR Namhong, Minister of Foreign Affairs and International Cooperation of Cambodia, wishes to extend his apology for unable to be here among us due to his very tight schedule.


At the outset, I wish to take this opportunity to thank the Fund for Reconciliation and Development (FRD), in particular Mr. John McAuliff, for organizing this regular meeting as well as for inviting the Cambodian delegation to take part in this important event. Every year, on the sideline of the UN General Assembly meeting, the Fund for Reconciliation has been constantly organizing this particular forum as an important venue for exchanging views and updating information on the latest development in countries, such as the Kingdom of Cambodia, the Lao People’s Democratic Republic and the Socialist Republic of Vietnam


In this context, allow me to present to you some recent development in Cambodia. I understand that you may have been followed up on the actual situation in my country.

Cambodia has been enjoying sustainable peace and political stability, as well as a democratic system of governance. At the same time, the country has been actively pursuing a free market economy for more than a decade. To strengthen its economy, Cambodia has pursuing various policies, including the building of a partnership between government and private sector, and working closely with the international communities as well as civil society. Cambodia has been able to maintain an average GDP growth rate of 6.7 per cent in the past five years, despite the challenges faced by external impacts such as SARS and terrorism.

The results of the general election held in July this year, have been a great success for Cambodian People. Many international electoral observers have come out strongly in favour of the election results. They found the election process to be free fair and democratic. In many ways, the results of election demonstrate a new step toward strengthening peace, stability, and respect of human rights.


As the Chair of the ASEAN Standing Committee from July 2002 to July 2003, Cambodia had achieved a historical access in hosting the First Greater Mekong Sub-region (GMS) Summit; the 8th ASEAN Summit ; the ASEAN+3 summit witch includes China, Japan and the Republic of Korea; the ASEAN summit plus India Summit; and the special meeting between the ASEAN leaders and H.E. Thabo Mvyelwa Mbeki, President of South Africa and Chairman of the New Partnership for Africa’s Development (NEPAD). More recently Cambodia hosted the ASEAN Tourism Forum, the ASEAN Ministerial Meeting, the ASEAN Regional Forum, the ASEAN+3 Foreign Ministers’ Meeting, the Post-Ministerial Conference, as well as the 35th ASEAN Economic Ministers' Meeting and its related meetings.


Poverty alleviation is one of the top priority strategy of the Royal Government of Cambodia under the leadership of Prime Minister Samdech Hun Sen. Cambodia has maintained economic stability, despite the heavy floods and droughts in the last few years that had badly affected the country’s agriculture. However, Cambodia continues to maintain the same level of export, especially to some countries, in particular the United States that granted Cambodia the Generalized System of Preferences (GSP) and the Most Favoured Nation (MFN) status, which are so important to Cambodia’s garment industry. In 2002, for example, the garments exports were increased by 13 percent and reached a total of US$1.3 billion of export value Cambodia's GDP grew by approximately6.7 percent per year for the last five year. Production of crops and livestock remained robust in 2002, despite widespread flooding. Cambodia’s agricultural sector contributes about 30 percent of the country's GDP and employs about 77 percent of the labour force.

Due to the impact of SARS pandemic the percentage of International tourist visiting Cambodia has dropped by 10.99 percent from August 2002 to August 2003.However, tourism industry remains strong and it continues to be at the forefront or Cambodia's economy. Investments in the hotel industry have reached US$200 million in 2002. This growth of tourist arrival was boosted by Cambodia's "open skies" policy in the air transport area, which has enabled direct flights to Siemreap Angkor Wat. The Royal Government of Cambodia has, through its various measures and actions made travel and entry into Cambodia much easier and friendlier.


The Royal Government of Cambodia considers the private sector as the engine of economic growth and, to ensure this, the government has addressed and will continue to address the following important issues:

2- enhancing infrastructure, and production and,


Samdech Hun Sen, our Prime Minister, has declared that Cambodia is open for business and the Royal Government of Cambodia stands ready to welcome international investments for the mutual benefits of Cambodia and foreign investors. As part of its economic strategy, Cambodia has begun working closely with other neighboring countries through the new economic frameworks such as the Economic Cooperation Strategy (ECS) of Cambodia, Laos, Myanmar and Thailand or CLMT and the tourism cooperation in the Emerald Triangle of Cambodia, Laos and Thailand or CLT. ECS focuses on economic cooperation among the four countries in five key areas trade facilitation, agricultural and industrial cooperation, transportation linkages, tourism and human resource development. The tourism cooperation in the Emerald Triangle, on the other hand, concentrates on the tripartite cooperation in tourism area.


As far as the fight against terrorism is concerned, Cambodia has been fully cooperating with the United States of America, the European Union and the international community to combat this evil. We have signed the joint Declaration for Cooperation to combat International Terrorism between ASEAN and the USA in 2002 and also the Agreement on the ASEAN-US Counter Terrorism Work Plan to fight transactional crimes. During the 8th ASEAN Summit in Phnom Penh, Cambodia along with other ASEAN countries adopted the Declaration on Terrorism, which condemned the recent heinous acts of terrorism as well as called for greater cooperation in the combat against terrorism at all levels, including the law-enforcement agencies.


Finally, based on what Cambodia has achieved thus far, I think that my country will continue to accelerate the current process of national reconstruction and development and to overcome any challenges that we are now still facing. There is so much hope and optimism for the future of Cambodia. I believe that the Fund for Reconciliation and Development can help Cambodia, in particular to promote tourists and investors so that they can come to Cambodia and to assist Cambodia to narrow the development gap.


Thank you for your attention!

© 2002 Permanent Mission of the Kingdom of Cambodia to the United Nations. All Rights Reserved.