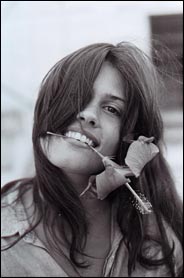 In 1976, Deborah Gardner, a beautiful young American Peace Corps volunteer from Tacoma, Wash., was stabbed to death in her hut in the isolated South Pacific island nation of Tonga, located 6,000 miles from the California coast. (Photo: Frank Bevacqua) 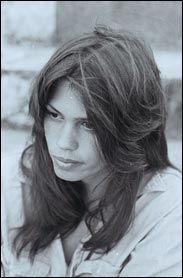 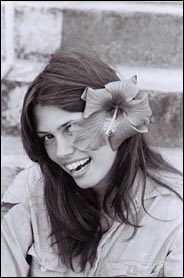 Gardner wanted to get closer to the culture, so she chose to live in a Tongan neighborhood outside of town, in a simple one-room house. (Photo: Frank Bevacqua) 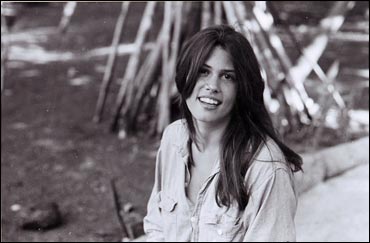 "She [Deborah] enjoyed more of the village life," says author Phil Weiss. "She had a good relationship with the Tongan families across the way. She liked decorating her house with Tapa cloth and woven mats from the market." (Photo: Frank Bevacqua) 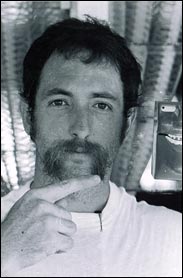 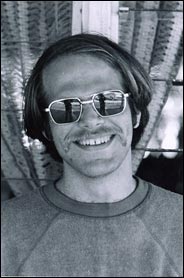 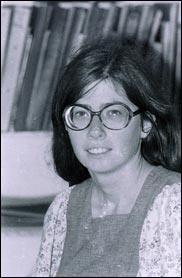 "He [Dennis] was really intense. He was a combination of a kind of New York aggressive and quite shy," says Barbara Wilson, who went through training with Priven. "He sometimes offended people, not from any desire to offend people, but because he really didn't care what they thought." (Photo: Frank Bevacqua) 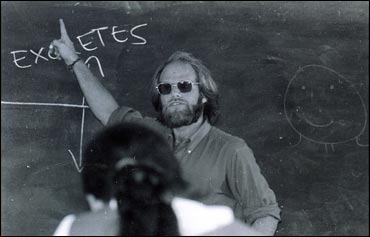 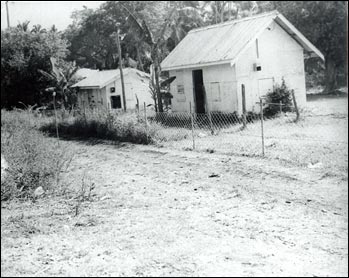 The night of the murder, Priven followed Gardner to Ngele'ia, her village outside of town. He was armed with a metal pipe, a syringe, two bottles of cyanide, and his 6-inch diving knife. (Photo: Tongan Ministry of Police) 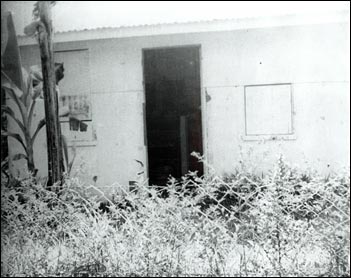 Gardner fought for her life. Priven stabbed her 22 times and began to drag her body to the door. Her screams alarmed the neighbors from the bush. When neighbors came to help, Priven dropped Gardner face down in her doorway and bicycled off. (Photo: Tongan Ministry of Police) 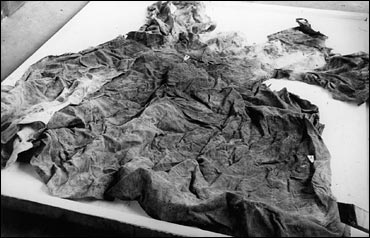 The doctors did their best to save Gardner, who died after the attack. "She was perforated all through her body," says Weiss. "She was a mess." (Photo: Tongan Ministry of Police) 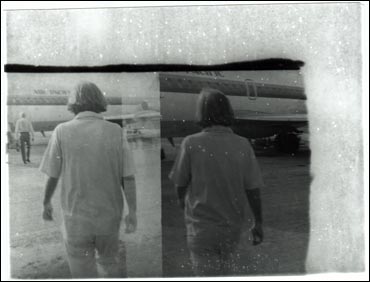 Priven turned himself in on Oct. 15, 1976, and was charged with murder. A jury found him not guilty by reason of insanity. The Peace Corps sent Priven home and insisted on a psychiatric evaluation. He was found to be no longer a threat, and was free to go and returned to Brooklyn. Today, Gardner's family and friends wonder if he was really mentally ill or used the insanity defense to get away with murder. (Photo: Tongan Ministry of Police)

This story has been posted in the following forums: : Headlines; COS - Tonga; Murder; Crime; Safety and Security of Volunteers; Media; Television; Journaism

As of the end of Octer 2004, have been least 20 news postings on the Tonga site related to the story of Deborah Gardner prompted by Philip Weiss's book "American Taboo" since it was published last June, culminating in the CBS "48 Hours" episode that was dedicated to the story on Saturday October 23. It appears this story may now be on its way to fading from public memory. For most of us who were in Tonga at the time of the murder or in the years shortly afterward, the book's release and subsequent activity in the news media have been a catharsis that was much overdue. It's been a mixed blessing that took much too long to come out, yet, the story may not have been this complete without the passage of so many years or the evolution of the Internet. At least the memory of Deb Gardner has been preserved for many years to come and her killer has largely been condemned to infamy for his remaining days. Perhaps it will also get the attention of enough present and future government officials, as well as PCVs, to do whatever is in their power to prevent anything similar from happening in the Peace Corps' future. While justice may not have been served in the strictest sense, a lot of people are better off knowing the full story has been told, and I'm one of them. I hope this entry will prompt others to relate how the story or its related events have affected them as well.
'Ofa 'Atu,
Lopeti Forbes
PCV Tonga 17 and trainer, 1976-79

I posted this the other day on another story related to this one. Concerned volunteers want Peace Corp's Doctor in this case investigated. He has wrongfully categorize so many former volunteers. In this case, he let a killer go free. He must be inverstigated, so these type of situations don't happen again.

Diagnosis for Hire with Peace Corps.
An Investigation on this Doctor needs to be done by the GAO and or the up coming Ombudsman.


Friends called me this week regarding the Deborah Gardner story which was nationally televised. Some of these friends are heavily involved in Domestic Violence in the United States. It struck a nerve in one of my friends on how Peace Corps staff behaved. She has heard about the many cases where Peace Corps gets it wrong on security issues.

Peace Corps has used this particular Doctor to get the diagnosis they sought. This Dr. who is very controversial in the psychiatry world and even called a quack by many psychiatrists in Washington DC area. This so called Doctor or Medicine man, as we know him has been Dr. Diagnosis to separate, wrongfully categorize volunteers, stigmatize volunteers and fire many others. In this particular case, he got Peace Corps the diagnosis they wanted again. The Peace Corps and the Congress should do an internal review of this particular Doctor and how many volunteers have been separated from service due to his diagnosis or any other abnormalities he has created. You could call him Dr. Mengala of the Peace Corps.

Look how he helped Peace Corps in this circumstance. He has always helped them get what they wanted vs volunteer rights.

Insanity is one thing. But, pre mediatation is another. I think we are all smart enough to know what this was. What kind of knife did he have?

No one has questioned Mary George or any other staffers regarding this case.

This is an example of the perpetrators of crimes getting away with murder. People who terrorize and rape volunteers get away with it too because of lies that lurch in safety issues in the past. Many of these cases were covered up at Medical services. Mistakes from the past in these areas are hurting the families of former volunteers. Peace Corps needs to acknowledge these fundamental problems.

Dear Peace Corp.Two of our family members were murdered one body with three holes in his head and stuffed in a well the other body one hole in his head and half of his body was frozen.Both murders were on the same property.So will these people get away with these two murders?Our mother is now 78yrs old now who lived on that property she now want's both bodies brought up to find out the truth what really happened to her grandfather and stepfather. can we get someone to get back to us our matter.The book we wrote is A PROMISE TO MY MOTHER BY DELOIS LINDSEY AND SHEILA L.TRAYNUM about the two murders and more.We researched for ten years on this with the FBI as well. where do we go from here. The heirs of two murders.

Another example of American Hypocrisy!