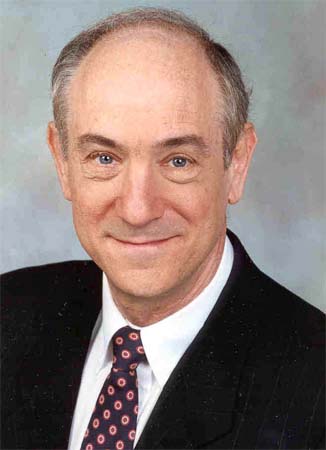 Miami-Dade Public Defender Bennett Brummer is being challenged by the man he hired in 1999. And their colleagues have entered the fray.

A year ago, longtime Miami-Dade Public Defender Bennett Brummer spoke about a troubling rumor at the annual staff dinner.

Without mentioning names, Brummer said one of his lawyers in the audience was going to challenge him in the November 2004 election. He described it as an ``evil that would divide the office.''

A few weeks after the event, Gabriel Martin resigned from Brummer's office to oppose the boss who had hired him as an assistant public defender in 1999.

Thus began the nastiest political campaign for the state public defender's office since Brummer was first elected in 1976. Brummer has been hit with civil and criminal complaints filed by former employees who allege various campaign violations.

Brummer, a 63-year-old Democrat who has raised about $150,000 from supporters in the county's legal establishment, has had only two opponents in seven previous elections.

He oversees an office with a $25 million budget and 175 lawyers who every year represent about 90,000 indigent criminal defendants who cannot afford to hire their own attorneys. The public defender's salary is about $137,000 a year.

Brummer said in a recent interview that he considers Martin an unseasoned lawyer with potential and no management skills. Furthermore, he charges that Martin has used surrogates -- at least four ''disgruntled'' current or former assistant public defenders -- to orchestrate a ''smear campaign'' against him.

Martin, a 33-year-old Republican who hopes to raise about $100,000 through grass-roots campaign donations, denies the accusation.

''I like Bennett Brummer. I respect him because he has devoted his life to public service,'' said Martin, who is making his first run for public office. ``But I know I can do a better job. I feel the people of Miami-Dade deserve better.''

Martin's reformist campaign theme -- ''time for a change'' -- calls for a sweeping reorganization of the public defender's office that would require senior lawyers to carry more cases and provide younger attorneys with more training.

Behind the slogans, however, Martin's main supporters have revolted against Brummer and formally accused him of illegally using his office and its staff to seek endorsements and contributions for his reelection campaign.

Former assistant public defender Lonnie Richardson claims in a lawsuit filed against Brummer that he was fired in January because he refused to back the incumbent and instead supported Martin.

The Florida Department of Law Enforcement and the Miami-Dade State Attorney's Office have taken a preliminary look at the complaints. According to public records, they agreed to monitor a civil investigation by the Florida Commission on Ethics and the Florida Elections Commission to determine whether there is evidence of a ``criminal nature.''

''We haven't made any determination about this case,'' said Joseph Centorino, chief of the state attorney's public corruption unit. He added that those civil probes are not finished.

Meanwhile, Art Koch, a veteran assistant public defender who resigned from the office last spring after a falling out with Brummer, has actively campaigned for Martin. Koch wrote an Aug. 26 letter attacking Brummer's integrity that was to be used for Martin's campaign.

Martin has sent the letter to fellow Florida Bar members in Miami-Dade.

The letter accused Brummer of stalling Koch's efforts to prepare for the unpopular defense of Juan Carlos Chavez, who was charged with kidnapping, raping and killing Jimmy Ryce, a 9-year-old Redland boy, in 1995.

''As I began the initial steps in preparing the case for trial, election year politics intervened,'' Koch wrote, referring to the 1996 public defender's race. ``I was summoned to Mr. Brummer's office and told directly by Mr. Brummer himself to halt all meaningful preparations for trial.''

Koch said Brummer, who was then being challenged by former federal prosecutor William Norris, feared ``the negative publicity would harm his chances of reelection.''

Koch also wrote that even after Chavez's conviction and death-penalty sentence in 1998, Brummer ''remained worried about its impact on his political career'' and hired a private Tallahassee lawyer to handle the capital-case appeal rather than use an appellate expert in the public defender's office.

''It was done because of political expediency,'' Koch said in an interview, adding that he had endured ''death threats'' and other intimidation for representing Ryce's killer.

Brummer denied Koch's allegations, saying he was ''saddened'' by his actions.

''The charges he makes are false and politically motivated,'' Brummer said, adding that his office spent about $35,000 on the private appeals lawyer in the Ryce case so the matter would be addressed in a timely way. ``These charges are part of a pattern of political smears made by supporters of my opponent.''

Brummer said Koch had been a political supporter.

''It was only after we put him on probation that I heard any expression of discontent with my leadership and management,'' Brummer said.

Records show Koch, who worked for the public defender's office for 26 years, was put on probation last fall for being disrespectful to colleagues and professional irresponsibility. Among the cited problems: missing the deposition of a victim's wife and missing a plea hearing in a first-degree murder case.

Brummer said Koch, Richardson and a handful of other Martin supporters have distorted his record of public service.

Brummer, born in New York, said he has been a champion of the ''little guy'' his whole life -- from being a Peace Corps volunteer to working for Legal Services of Greater Miami to heading the public defender's office for almost three decades.

He said he has pioneered many innovative programs, including hiring social workers for his office, helping establish a drug court and developing antiviolence efforts in the community.

Brummer, who has been described by some as a ''stealth'' public defender because he keeps such a low profile, said his office doesn't attract as much publicity as the state attorney's office.

He said he has worked tirelessly in Tallahassee's corridors of power to obtain as much money as possible for his office, which lost about 30 lawyers this year after the county's share of its budget was totally transferred to the state.

He said the issue of state funding turned into a ''political football,'' largely because of Republican House Speaker Johnnie Byrd, who cut his and other public defenders' budgets.

AN ISSUE OF VISION?

Martin, born to Cuban exiles and raised in Carol City, acknowledged that he has little management experience, as Brummer charged. But he said he has something crucial that Brummer lacks -- a vision for the public defender's office in an era of limited means.

He said the office is ''top heavy'' with dozens of well-paid senior lawyers performing administrative or supervisory roles.

Martin said he would transfer more case work to them to alleviate the existing burden on younger lawyers. He also said those newer lawyers deserve more courtroom training so they can better represent their clients.

''There are good lawyers in the office, but the lack of training and supervision leads to people not being represented as well as they should be,'' Martin said. ``There's no quality control.. . . I believe the office suffers because it makes a good lawyer a bad lawyer.''