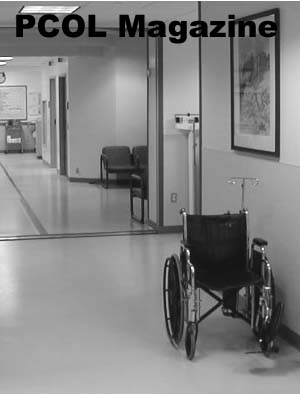 Like millions of American families, the Udy family gathered Thursday and gave thanks. 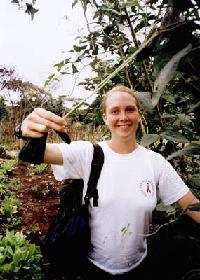 They are thankful that their daughter, Kris Udy, is alive, although she lies in a South African hospital 9,927 miles away from her Utah home. She was severely injured in September while serving in the Peace Corps, but is slowly recovering.

"You'd think we'd be devastated, but instead it's been turned around," said her father, Ivan Udy. "We have hope and it has made me more thankful. We are at peace."

A graduate of Olympus High School, Kris Udy attended the University of Utah and graduated with a degree in social work and a minor in French in 2002. While at the U., Kris became involved in HIV/AIDS prevention.

Always close to her brother, Josh, she joined the Peace Corps in June 2003, making a two-year commitment to work in Africa - mirroring the time Josh would be in Fiji serving a mission for The Church of Jesus Christ of Latter-day Saints.

Concerned about his daughter's venture, Ivan Udy asked, "Why would you want to go to a Third World country?"

The Peace Corps sent Kris Udy to Cameroon, West Africa, where many residents speak French. She was stationed in the village of Baré [pronounced bah-RAY], where she taught high school English and included HIV/AIDS prevention in her curriculum.

On Sept. 19, Kris and 13 other volunteers attended a meeting in Bangem, a village in the province of Littoral, said Henry McKoy, Peace Corps regional director for the African region.

After the meeting, the group met with the tribal chief of Bangem, then decided to find a ride to the bigger town of Melong, where they could catch buses back to their homes. Traffic is minimal on Sundays, and the group arranged a ride in a rickety truck used to haul beer.

Finding reliable transportation is up to volunteers, who are trained to check out tires and watch for other safety issues, McKoy said. Riding in the beer truck "was not a good decision," said McKoy. "It had consequences to it."

Isabelle Moses, a volunteer and friend of Kris, remembers the day was "gorgeous" following a morning rain. The road, a reddish-brown strip among the lush, green grasslands of the bush terrain, was well-packed and the weather was dry.

Twelve volunteers climbed into the bed of the truck and two sat in the cab with the driver.

Moses says the volunteers in the back had noticed the truck was accelerating, when suddenly it sped out of control and flipped over.

Volunteers and their belongings were flung out of the truck. The driver fled and has yet to be found.

Kris, 24, was thrown out and her head was slammed against a rock, leaving her unconscious and convulsing. Others suffered broken bones and cuts.

One volunteer used a satellite phone to call for help and an ambulance. A hollowed-out van with two first-aid kits arrived to take Kris to Douala, a five-hour ride.

After Kris was stabilized, doctors realized that it would be best to medevac her to Unitas Hospital in Pretoria, South Africa.

Paralysis still grips the right side of Kris' body, a symptom of her skull fracture and traumatic brain injury.

Taken off a ventilator last week, Kris has been able to communicate by slowly raising her fingers and using some sign language. Her father and stepmother, Roxanne, arrived four days after the accident, with help from aides for Sen. Orrin Hatch, R-Utah, and stayed for 16 days. 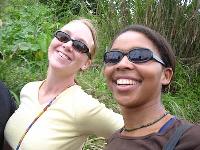 Moses, who suffered a broken elbow and collarbone, also was able to visit Kris before flying home to San Francisco. On their days off, she and Kris had enjoyed traveling and doing service projects in the region.

''It was really important for me to know she was going to be OK,'' said Isabelle. ''She is truly a friend for life.''

Kris' mother, Rose, is now with Kris, who is improving. The Peace Corps is paying for her care and rehabilitation. 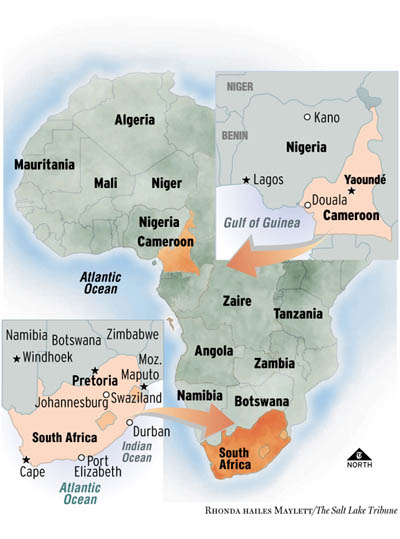 "She is a fighter," Ivan Udy said. "The past 10 days have been better. She has been more responsive and awake a lot more."

The Udy family now hopes to have Kris home by Christmas. "We've done all we can do," her father said. "The doctors have done all they can do. It's now in the Lord's hands."

This story has been posted in the following forums: : Headlines; COS - Cameroon; COS - South Africa; Safety and Security of Volunteers