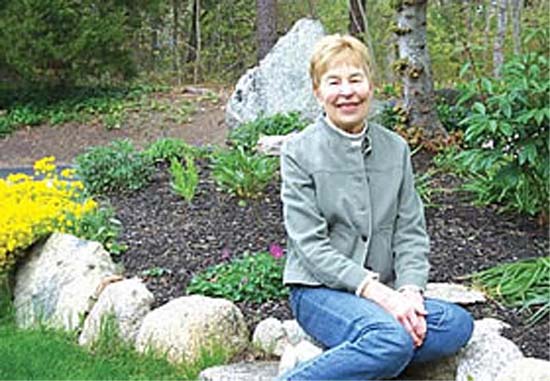 Borrowing an idea from her work in Washington, Nelson initiated creation of the local “Gifts of Hope” program at First Lutheran Church in West Barnstable, whereby people buy gifts for the needy instead of a relative or loved one in the loved one’s name. “We give them a card to send to the person in whose honor the gift was made,” she said. Nelson has provided leadership in the First Lutheran Outreach Committee working to develop outreach programs, sponsoring overnights for homeless individuals and days of hospitality that provide the homeless a place to spend the day in fellowship. The state’s Commission on the Status of Women has a label for them: “Unsung Heroines,” and two weeks ago, Nelson was among some 270 Bay State women so honored for their inconspicuous service to humankind. “Our unsung heroines are women who don’t make the news but make the difference,” the state commission notes.

Ordinary life of an ‘unsung heroine’

For Carolyn Nelson, volunteerism has been a way of life

Caption: GARDEN OF GIFTS – Carolyn Nelson of West Barnstable sits by her garden after attending “unsung heroine” ceremonies at the Statehouse.

All humans have empathy, which is the ability to identify and sympathize with another’s situation and feelings. It’s just that some humans have more empathy than others.

Enter Carolyn Nelson of West Barnstable, one of that extra-ordinary breed of women who elevate empathy to a higher status with unheralded responsiveness, understanding, caring, concern, action, and, when day is done, consider themselves just ordinary people.

The state’s Commission on the Status of Women has a label for them: “Unsung Heroines,” and two weeks ago, Nelson was among some 270 Bay State women so honored for their inconspicuous service to humankind. “Our unsung heroines are women who don’t make the news but make the difference,” the state commission notes.

Sitting and chatting on the compact front porch of her Apollo Drive home, now as Barnstable’s Unsung Heroine, Nelson’s unpretentious demeanor betrayed a hint of discomfort. “This bothers me,” she said. “I’m thankful, but it’s embarrassing in a way. I’m just an ordinary person.”

That from a woman who worked as a nurse, raised a family, volunteered to work at a Peace Corps medical clinic in Grenada, volunteered to spend winters in nearly sub-standard accommodations in Washington D.C., to help homeless women and, here at home, volunteered time and effort to develop the Barnstable Interfaith Council, created a “Gifts of Hope” program, helped develop homelessness outreach programs and a program to support elderly individuals looking to transition to assisted or medical facilities, all over a 50-year span.

Kirs Clark, who proposed her as Barnstable’s nominee, said Nelson’s work “flies under the radar and isn’t always noticed. Her eagerness to help others truly defines who she is.”

And who she is, by Nelson’s own perception, is an ordinary person.

Born in Connecticut, she says her father never did mention that she could go to college, so she opted for nursing school at Children’s Hospital in Boston. “When he drove me there, we passed by the University of Connecticut and he said to me, ‘Why didn’t you go here?’” She shakes her head and smiles slightly. “He was a good father, but not big on conversation.”

As she recalls, she had already been imbued with a sense of caring, making the choice of a nursing career, as it turns out, a fulfilling one. In her day, nursing schools were common in teaching hospitals that wrung three years of free labor from the students in return for a ticket to becoming a registered nurse. That system is now mostly defunct. “They made us do amazing things, like take charge of patients at night,” she recalled.

After nursing school, Nelson met her husband, Gordon, “on a blind date,” in Connecticut “and we were married six months later. I was a nurse and he was a pastor at the Lutheran Church.”
Her husband “had a call to the First Lutheran Church (1663 Route 6A, West Barnstable,) in 1971 and that’s how we got here,” she said, an ordinary wash-ashore like many others on Paradise Peninsula.

The urge to do more than nurse people to health, to volunteer for local causes, had begun in Connecticut before she met her husband. “I don’t recall making a conscious effort to help people. It just came naturally.” While most people expect a pastor’s wife to become involved, Nelson says that wasn’t the case. “I would have been involved whatever my husband did. I don’t feel I ever did anything because I was a pastor’s wife. I did it because I wanted to.” But the church did provide a handy medium.

“I had children (four) so I wanted to teach Sunday School,” all the while holding down jobs that have their own levels of emotional and physical difficulty, such as a 10-year stint as the Barnstable Middle School nurse. “In a way being a school nurse was frustrating. There were so many Mickey Mouse duties that you didn’t have time to do what you wanted to do. It was a good job, though. I loved the kids.”

Then Nelson went to the other extreme of the lifespan, from the zest and exuberance and future promise of the school scene to the final resignation of the hospice as a visiting nurse. What does one need emotionally to handle that environment?

“When you walk into a home and meet them, you know they are going to die – but you want to make it better until they do. Once they hear ‘hospice,’ they know. They all take it differently, but I’ll tell you this: There are very profound feelings to being with them.”

Nelson’s “ordinary” life was never about one thing. It was about multi-tasking before that became part of the office vernacular. While she raised the family, worked for a living, continued her education at Boston University part-time, she quietly volunteered her time to local causes until, 20 years ago, she finally received her degree from Boston University in “the same year that my husband retired.”

As empty nesters, the Nelsons decided on a stint with the Peace Corps, at a clinic on Grenada, where Mrs. Nelson developed an eye condition and subsequently transferred to Washington, D.C., for medical attention that lasted 45 days.

“While I was getting treatment, I attended the Lutheran Church there and learned the church had a large program helping homeless women get back on their feet again. The church ran a day and night shelter for them and needed volunteers”

When their Peace Corps tour ended, the Nelsons returned to the Cape, then decided to go back to Washington where both would find some work to support themselves while volunteering at the women’s shelter, something they continue to do during winter months, finding part-time work if necessary and living in quarters provided by the church program.

Here on the Cape, Nelson labored in the shadows while developing the Barnstable Interfaith Council grocery and garden center gift certificates raising funds to prevent homelessness, a program that has raised more than $60,000 over the last four years.

Borrowing an idea from her work in Washington, Nelson initiated creation of the local “Gifts of Hope” program at First Lutheran Church in West Barnstable, whereby people buy gifts for the needy instead of a relative or loved one in the loved one’s name. “We give them a card to send to the person in whose honor the gift was made,” she said.

More than $50,000 (from a small village) has been raised through this program in the last six years, with 60 percent of proceeds benefiting local agencies such as the Housing Assistance Corp., Safe Harbor, The Baby Center and Habitat for Humanity.

Nelson has also provided leadership in the First Lutheran Outreach Committee working to develop outreach programs, sponsoring overnights for homeless individuals and days of hospitality that provide the homeless a place to spend the day in fellowship.

She has also provided support for elderly residents needing to transition to assisted living, helping those who live alone make the reluctant decision to trade what they have known for most of their lives for the additional support they need.

Nelson is a representative of that legion of citizens whose depth, under the surface of an ordinary life, is rarely plumbed by the mainstream media, whose quiet efforts to help lack the fanfare of the brass section.

So much for the ‘ordinary’ life of an “unsung heroine.”

To learn more about the First Lutheran Church of West Barnstable and its programs, e-mail This e-mail address is being protected from spam bots, you need JavaScript enabled to view it or call 508-362-3161.

When this story was posted in May 2008, this was on the front page of PCOL:

This story has been posted in the following forums: : Headlines; COS - Grenada; Service; Awards; Women's Issues