"The fact is, in Afghanistan the name 'Nebraska' is very well known," said Thomas Gouttierre, who is of Belgian ancestry but was introduced to Afghanistan after serving there as a Peace Corps volunteer 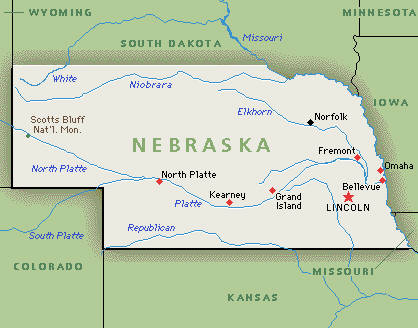 "The fact is, in Afghanistan the name 'Nebraska' is very well known," said Thomas Gouttierre, who is of Belgian ancestry but was introduced to Afghanistan after serving there as a Peace Corps volunteer

Afghans feel a kinship with OmahaA UNO program began focusing on Afghanistan in 1972, when the country was "not on the radar."UNO and Afghanistan timeline

In 1972, Afghanistan was a country so remote and unnoticed that no university in America wanted to study it.

None, that is, except the University of Nebraska at Omaha.

"Afghanistan was not on the radar," said former UNO Chancellor Del Weber, who led the university from 1977 to 1997. "Most people would not have been able to find it on the map."

That's not the case today as the world closely follows developments in that country since the 9/11 terrorist attacks and U.S. military efforts in the country.

Now, Afghans feel such a strong kinship with Omaha that the president of Afghanistan, in the United States this week on a diplomatic mission, will pay a visit to Nebraska.

For 33 years, the UNO Center for Afghanistan Studies has been the most comprehensive U.S. resource center on that country, devoted mostly to exchanges of students and educators and improving educational opportunities in Afghanistan.

"This makes a statement about how much President Karzai and the people of Afghanistan respect our state because of their relationship with the UNO Afghanistan Study Center," said Sen. Chuck Hagel, R-Neb.

Karzai's visit is especially timely for the UNO center, which is facing new challenges.

The center has been criticized by a UNO professor for not being more academically oriented or offering courses on Afghanistan. A peace group also repeatedly has criticized the program for publishing Afghan textbooks that included military themes.

In addition, as Afghanistan has risen in worldwide prominence, other institutions have emerged to compete with UNO for federal grants.

But in the early 1970s, Afghanistan seemed to appeal only to UNO scholars trying to find a niche for international studies.

They were responding to a request by then-Chancellor Ronald Roskens to bring an international flavor to the campus on Dodge Street.

But why Afghanistan, over other nations around the globe?

Because Christian L. Jung, who was on the UNO geography/geology faculty, was a former Peace Corps volunteer in Afghanistan.

Because the Fulbright Foundation in 1972 had a director in Afghanistan -- Thomas Gouttierre -- who knew Jung's father and was encouraged to help UNO with an educational exchange.

Because the younger Jung died in 1974 and Gouttierre was recruited to leave Kabul and replace Jung as head of the new center.

Since then, the department has been awarded $80 million in federal grants, more than $60 million of that to the Afghan studies center.

Afghanistan's obscurity ended abruptly in 1979 with an invasion by the Soviet Union that sparked international outrage. The ensuing 10-year war killed an estimated 1.5 million Afghans, mainly civilians, and left another 6 million as refugees.

The Soviets withdrew in 1989, but years of civil strife and oppressive Taliban rule followed, all of which focused international attention on the troubled country.

As early as 1999, Afghan tribal leaders came to Omaha for 10 days to plan how they would respond if the Taliban could be overthrown. Many of those leaders are now serving in Karzai's government after the U.S.-led overthrow of the Taliban in 2001.

"The fact is, in Afghanistan the name 'Nebraska' is very well known," said Gouttierre, who is of Belgian ancestry but was introduced to Afghanistan after serving there as a Peace Corps volunteer.

Following terrorist attacks in 2001 and the search for Osama bin Laden, Gouttierre did more than 2,000 news media interviews on Afghanistan.

"In terms of visibility and our first foray into international education, it (the center) did remarkably well," said Weber, UNO's former chancellor. "In a sense, it served as an anchor for Afghanistan in this country."

Weber said that the center was never designed to focus on teaching UNO students about Afghanistan. But the center hasn't been without scholarship, he said.

UNO geologists have created maps of Afghanistan, gaining knowledge that became valuable when U.S. intelligence was trying to pinpoint the location of bin Laden in Afghan caves.

Jack Shroder, a UNO geologist who founded the Afghan Center, narrowed the ultimately unsuccessful search for bin Laden to a small region of the country after observing rock formations in a television broadcast.

The center also has published dictionaries that convert English words to the prominent languages of Afghanistan.

By focusing on Afghanistan and international studies, said Weber, UNO has exposed students from the Midlands to people from another culture.

"When they begin to experience this, they begin to develop a tolerance and, more so, an appreciation that allows them to become better citizens," Weber said.

"When Hamid comes, I'm sure he will thank the University of Nebraska at Omaha for all it has done for Afghanistan in the last 30 years -- not only in education, but for being an oasis of information." said Peter Tomsen, a special U.S. envoy to Afghanistan from 1989 to 1992.

This story has been posted in the following forums: : Headlines; COS - Afghanistan; Unviersity Education